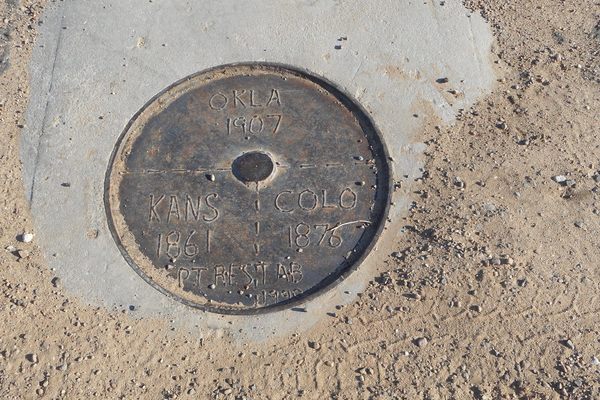 This tri-point marker identifies the location where these three states converge.

Are we really doing this now? How is a state tripoint marker not a “mundane place that is not surprising or unique”? There are dozens of these tripoints all over the US. I drove by one the other day (New Mexico, Texas, Oklahoma) and would never have dreamed that it deserved a whole entry on Atlas Obscura. The article attempts to justify its existence by claiming the marker is within four inches of the correct location, unlike the much more interesting and notable Four Corners Monument. But this just isn’t true. Survey markers (including the Four Corners monument) supercede written descriptions of meridians and parallels, making the Four Corners monument legally accurate. This is the case all over America, and even on the Canadian border, which is actually a slight zigzag shape rather than a perfectly straight line.

I’m just wondering if this site is planning on upholding its standards of notability, or if we should expect a flurry of new articles (the Texas-New Mexico-Oklahoma tripoint, the Wyoming-Colorado-Utah tripoint, the Ohio-Indiana-Kentucky tripoint…)