Welcome to the discussion thread for the list, 8 Wondrous Bridges to Nowhere. You can share your comments and thoughts about the story in the conversation below.

You might check out a similar blog I wrote on this topic via Word Press. Click on the link below. I always welcome new followers. 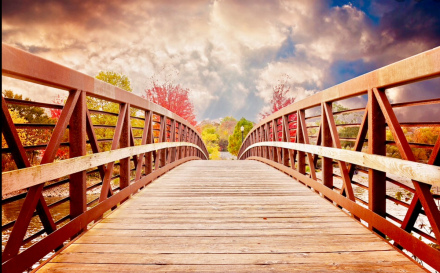 Never A Bridge Too Far

“It is a good habit to thank always the bridge which takes you to the other side or to mention the name of the bridge or to take the photo of it or to repair it if you can! In short, do some…

Hello, I hope I am doing this correctly. I have a bridge that would be nice to add to this list. Not sure it is “wondrous” but it is really interesting. You can no longer drive on there as it is closed off to traffic but we have walked on it. Here is a wikipedia link but there are other results with a quick search. 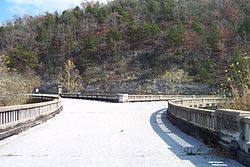 The Y-Bridge is an old highway bridge over the James River located at Galena, Stone County, Missouri, and opened in 1927. This three-way bridge is named the Y-Bridge because it is shaped like the letter "Y". The bridge is such that (going east), one could then either head north or south upon reaching the east end, where the highway was between a steep bluff on the east and the river on the west. It was built to accommodate Routes 13 and 44, now Routes 413 and 248. The bridge is now closed to ...

My first thought was of the Pont d’Avignon, officially Pont Saint-Bénézet, which is a bridge-to-nowhere that has its own 16th century theme song, as well as its own chapel. It currently costs 5 Euros to not cross it. 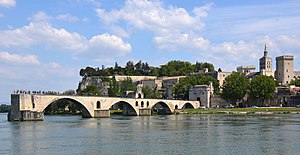 The Pont Saint-Bénézet (French pronunciation: ​[pɔ̃ sɛ̃ benezɛ]; Provençal: Pònt de Sant Beneset), also known as the Pont d'Avignon (IPA: [pɔ̃ daviɲɔ̃]), is a famous medieval bridge in the town of Avignon, in southern France. A wooden bridge spanning the Rhône between Villeneuve-lès-Avignon and Avignon was built between 1177 and 1185. This early bridge was destroyed forty years later during the Albigensian Crusade when Louis VIII of France laid siege to Avignon. Beginning in 1234 the bridge was ...

Here is one that was built in this century.

The Virginia Smart Road, also known as simply the Smart Road or Smart Highway, is a short, limited access road in Montgomery County, Virginia, used for the testing of pavement technologies and as a proving ground for new transportation technologies. The Smart Road is currently a 2.2-mile (3.5 km) stretch of road with turn-around loops at either end. Eventually, the road will be extended to a total of 5.7 miles (9.2 km), which will directly connect U.S. Route 460 in Blacksburg to Interstate 8 S...

Built as a research facility, with the intent of making connections later, it’s now a bridge to nowhere.

Isle of Lewis in Scotland’s own “bridge to nowhere”. Beautiful location - it is Scotland, after all.
Lovely car park and beach just below. Spent a rather windy overnight there in our motorhome.

Here’s one that made a big impression on me when I saw it first-hand on a visit to Dandong over 30 years ago. 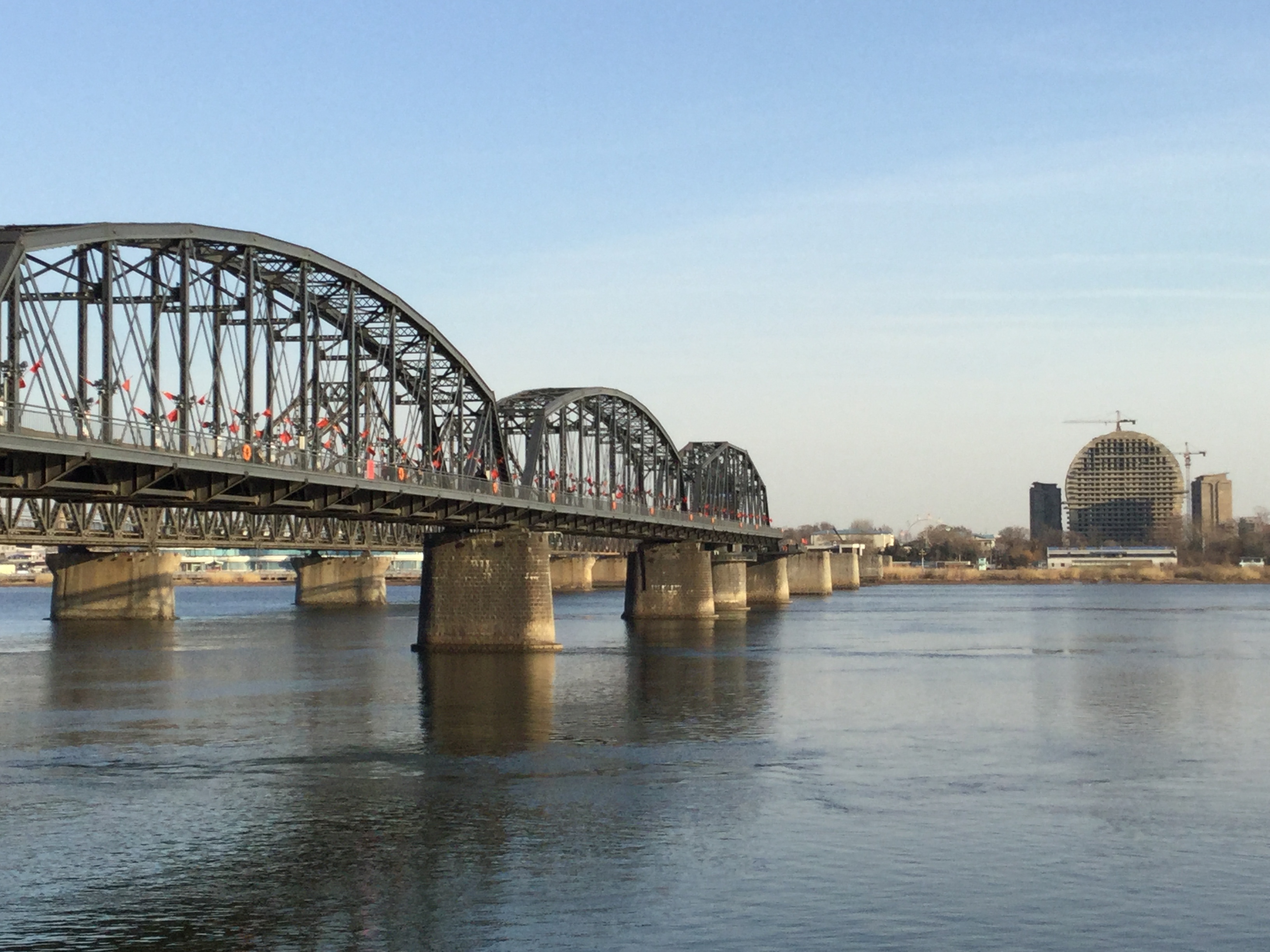 The Yalu River Broken Bridge (鸭绿江断桥 Yālù Jiāng Duàn Qiáo) is a railway bridge on the China-North Korea border that used to connect China with North Korea. It was bombed by the US military during the Korean War, and was never repaired. It remains in... 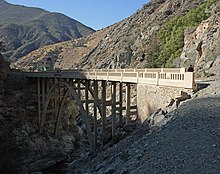 Here is one in NC, underwater bridge to nowhere.
Abrams Creek Underwater Bridge

Hi one from my country, New Zealand… 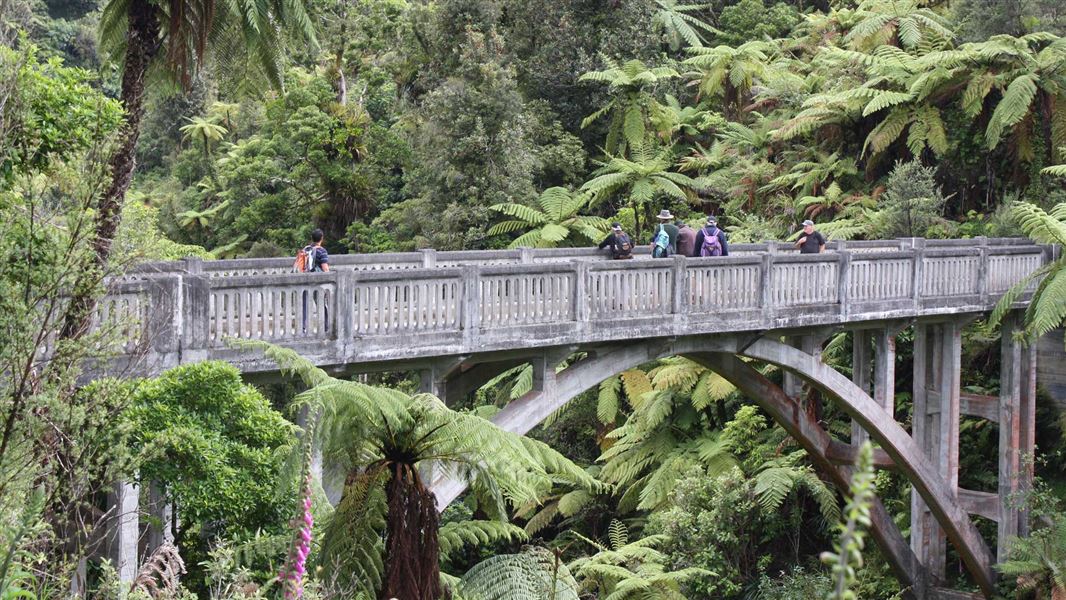 Walk to an abandoned bridge in the heart of the Whanganui National Park. 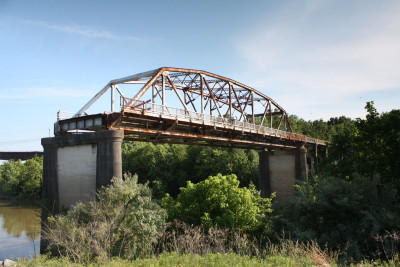 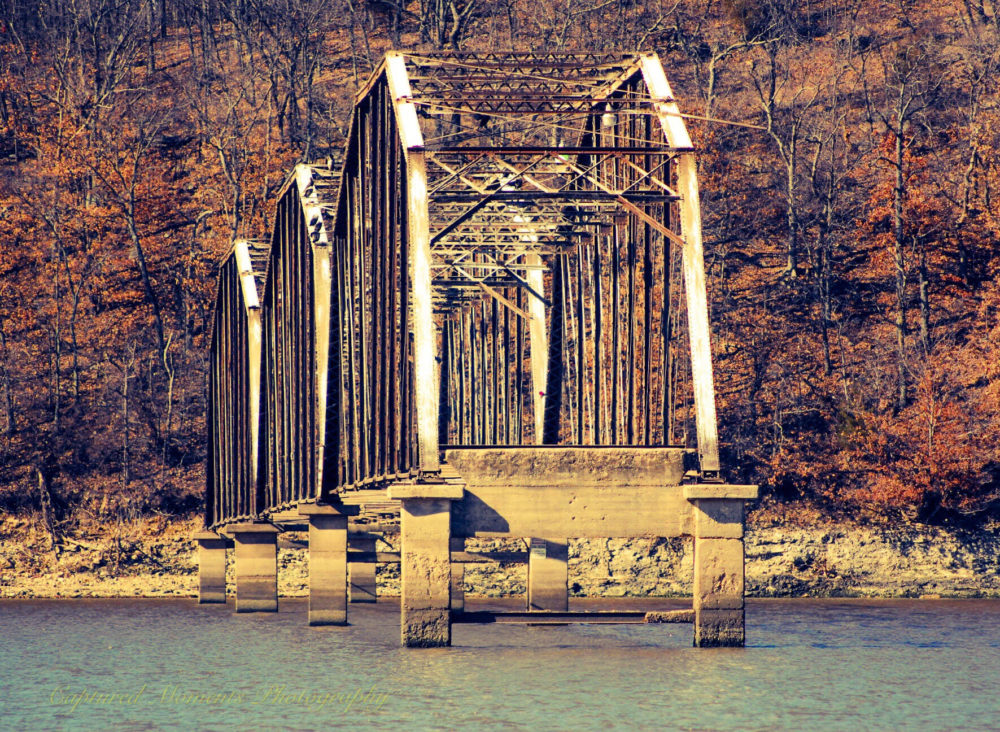 This mystery bridge is sitting in the middle of a lake, not attached to any land, and it's quite bizarre.

The Margaret Hunt Hill Bridge, a Calatrava-designed structure is know locally as the “Bridge to Nowhere”. The following link implies that, five years after its completion, 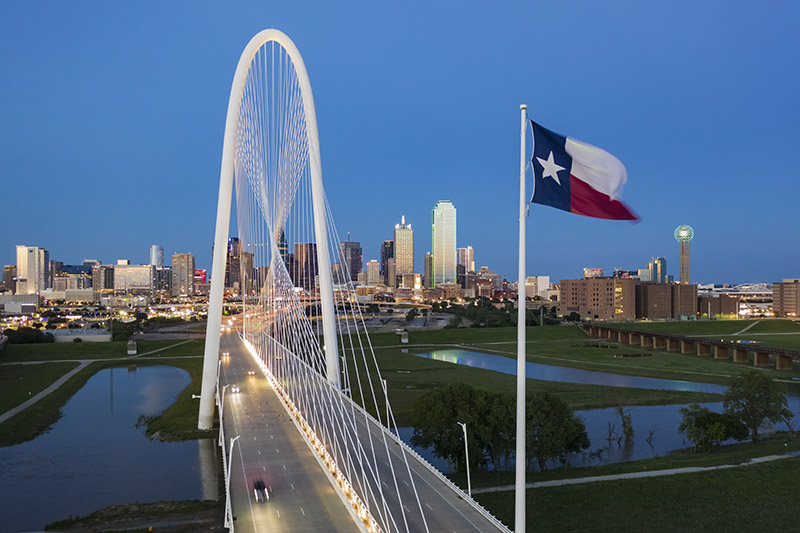 I also recently saw a documentary about an unfinished bridge between Mocoa and Pasto in the Columbian state of Putumayo. It’s huge suspension bridge over a valley of the rainforest that just ends where it meets the next mountain. Here the trailer to the documentary: YouTube

The folk song has been taught to generations of French language students.

The Bridge To Nowhere is a concrete road bridge spanning the Mangapurua Stream in the Whanganui National Park. It has no roads leading to it, but it is accessible by mountain bike or tramping on a variety of different tracks, or by boat or kayak, followed by a 45-minute (one way) walk along maintained bush trails.**

The Bridge To Nowhere is an icon within the Whanganui National Park and a major visitor destination. A wooden swing bridge was constructed across the Mangapurua Stream in 1919. This connected the isolated valley with the riverboats that brought goods along the Whanganui River. However the settlers had always expected that roading access would be improved – a more solid bridge would be built and that it would form part of a road between Raetihi and Taranaki.

Planning for the new bridge started when the timber bridge began to rot. In 1936 the new steel-reinforced concrete bridge was finally opened. It was an impressive sight at nearly 40 metres above the river within the steep ravine walls. Today, you can still see the remains of the old swing bridge from the concrete Bridge To Nowhere that replaced it.

By the time construction of the Bridge To Nowhere was finished, many of the Mangapurua settlers had abandoned their holdings. The physical labour and economic hardship had taken their toll on the returned servicemen and their families. Serious erosion (caused by the clearing of bush), flooding and poor road access were other obstacles that the settlers could no longer overcome.

By 1942 only three of the farmers remained in the valley. They were eventually forced to leave when the government decided that road access would no longer be maintained. By 1944, everyone had gone. Not only that, they left virtually penniless.

The Bridge To Nowhere gets more use now than it did when it was first built. It is the unofficial flagship of Whanganui National Park and a major visitor attraction on the Whanganui Journey – one of New Zealand’s Great Walks.