Welcome to the Atlas Obscura Community discussion of Amboy Ghost Town in Amboy, California. Ask questions or share travel tips, experiences, pictures, or general comments with the community. For the story behind this place, check out the Atlas Obscura entry:
https://www.atlasobscura.com/places/amboy-ghost-town?utm_source=atlas-forum&utm_medium=referral

The Amboy “ghost town” is becoming less ghost-y every year. For example, Roy’s Cafe and Gas Station is now open regular hours, 7am to 8pm every day. More exciting maybe is the relighting of the famous Roy’s sign, installed in 1951, but dark since the 80s. Mr. Okura, owner of the little enclave, held a fly-in and lighting ceremony on Saturday, November 16, 2019, with the new neon tubes being turned on at 5pm with the plan to be on every night. Mr. Okura has plans to open the long-deserted motel cabins again in the not too distant future. Lack of a reliable water source had prevented him from opening them sooner, and he hasn’t given a date for the opening, but watch this space. (As I understand it, clean water will be trucked in and stored in huge cisterns, rather than using the now-undependable well water.)

The lighting ceremony was quite the to-do, with a few hundred people and a dozen vintage and new airplanes having flown in. The numbers are quite remarkable in that the largest population centers are both 2.5 to 3.5 hours away – Las Vegas and Palm Springs. The still-usable gravel airstrip had seen periodic use and has the bonus feature that planes can taxi directly from the airstrip to the Roy’s parking lot. Indeed, many planes crossed old Route 66 for parking on the opposite side of the street next to the old post office, which never actually closed (open 9-noon M-F). Some more adventurous pilots have taken off and landed directly on the highway, since it doesn’t see a lot of traffic, but it does see enough to make the stunt, shall we say, “exciting,” both for oncoming cars and the airplane itself! 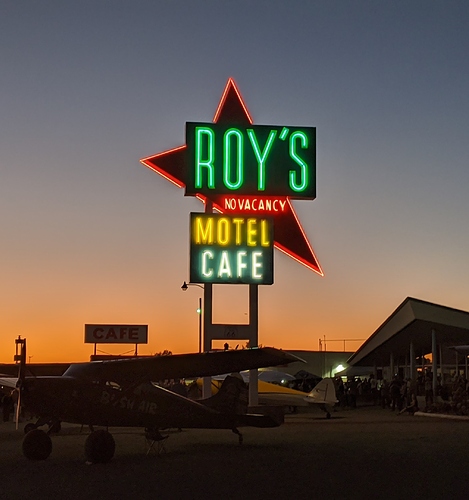 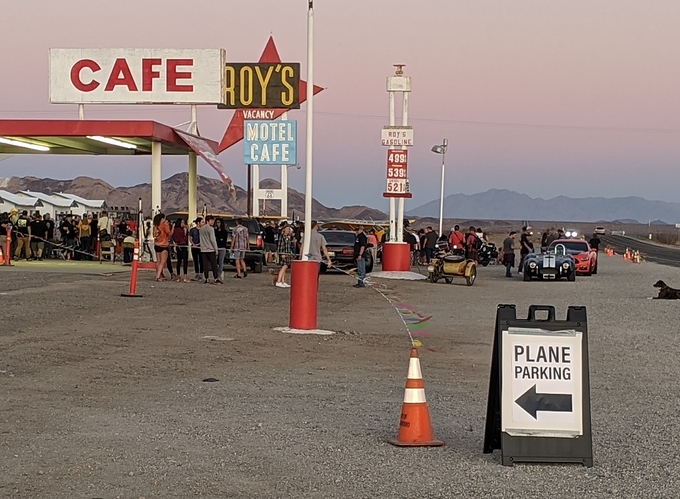 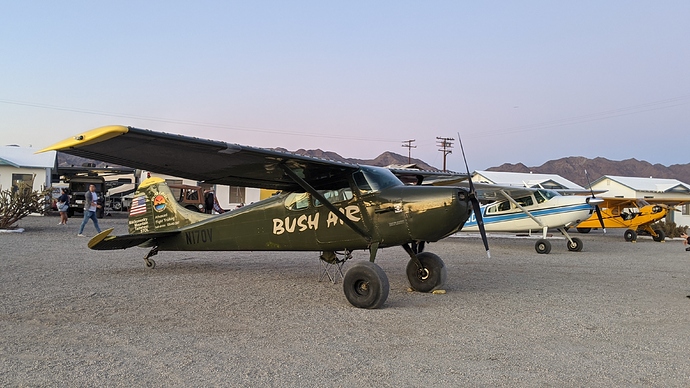 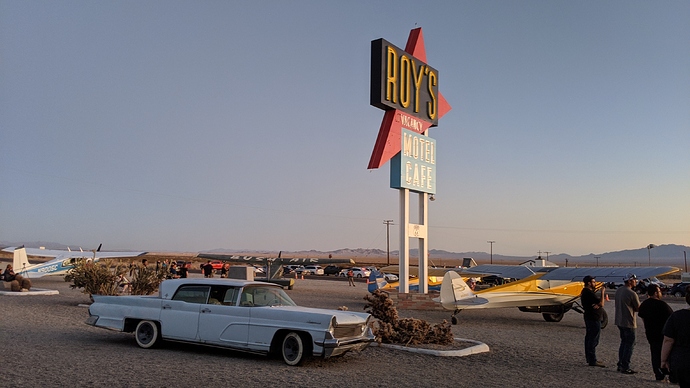 Thanks for this update! and for adding to the entry! Truly appreciated

Glad to help! It’s fun to see something old coming back to life!