Welcome to the Atlas Obscura Community discussion of Aztec Serpent Head Cornerstone in Mexico City, Mexico. Ask questions or share travel tips, experiences, pictures, or general comments with the community. For the story behind this place, check out the Atlas Obscura entry: 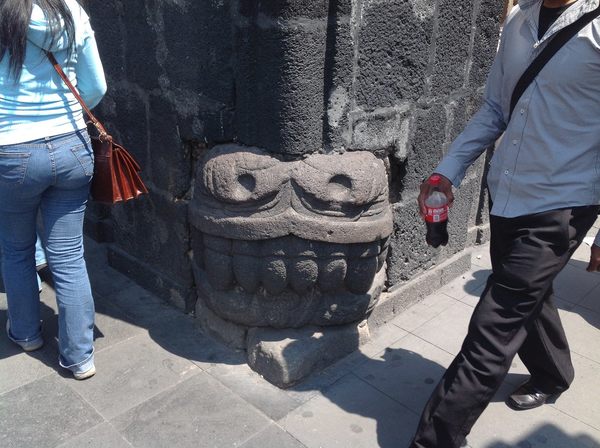 On a cornerstone of the City Museum is the head of a monstrous serpent stolen from an Aztec pyramid 400 years ago.

The snake was not placed by the conquerors, it was put there a few centuries later.
In the 18th century, the construction of the baroque buildings was complemented by the ideas of the illustration where the pre-Hispanic past was intended to be enhanced (giving identity to the novohispanos).
Many archaeological remains began to be discovered and aristocrats used to acquire them to put them on the facades of their houses. Mainly to show that the conquered were not barbarians but “civilized peoples.”

The snake was placed with the restoration of the palace in 1776 by the architect Francisco Guerrero y Torres.

The popular legend by which I was going by is that this was placed here by Cortez at was the house of his cousin Juan Altamirano. That is what is popularly believed and what I believed but in any case I’ll double check and if necessary edit it.