Welcome to the Atlas Obscura Community discussion of Badu Mangroves in Sydney, Australia. Ask questions or share travel tips, experiences, pictures, or general comments with the community. For the story behind this place, check out the Atlas Obscura entry: 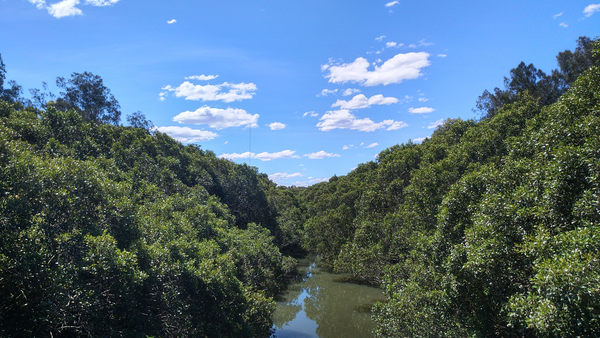 A boardwalk winds through this sliver of coastal nature hidden within Sydney.

A surprising little gem, almost in the demographic centre of Greater Sydney. Unless the wind is from the wrong direction and brings the sound of traffic on Homebush Bay Drive you could almost forget that you are surrounded by some 4.5 million people.

Other public transport options are bus route 525 from Strathfield Station, the T9 train line to Concord West and perhaps best of all bus route 533 from Sydney Olympic Park Wharf which involve a ferry trip on the Parramatta River.