Welcome to the Atlas Obscura Community discussion of Basílica del Voto Nacional in Quito, Ecuador. Ask questions or share travel tips, experiences, pictures, or general comments with the community. For the story behind this place, check out the Atlas Obscura entry: 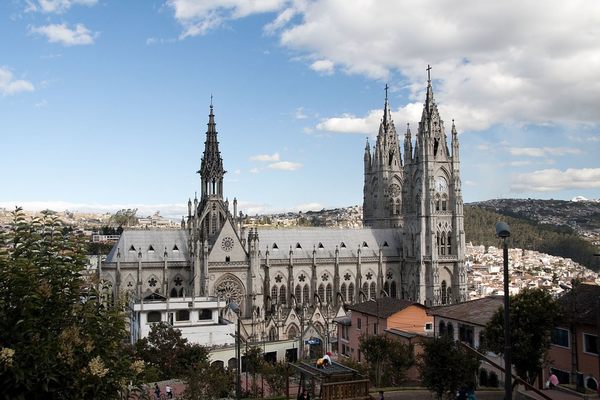 Construction on the largest neo-Gothic church in the Americas began in the 19th century.

The Basilica is indeed impressive, and Quito a great destination. I recall the legend about its completion leading to the end of the world. Another (of several others actually) church is the one for St. Francis. It too comes with a story which hinges on completion, but with a twist. A builder, from indigenous people but converted to Roman Catholicism, named Cantuña, had promised to finish the church in six months. When it became clear that he couldn’t pull it off, on the last night of promised time-frame, the devil appeared and promised to have the church finished if Cantuña sold him his soul. Cantuña though built in a proviso: it had to be 100 percent finished by daybreak. Demon construction crew shows up, does the work, and devil appears again to claim his prize. Cantuña though had removed a stone and hidden it. He showed the devil exactly where a stone was missing, and devil disappeared at daybreak having been defeated…sort of.

Haha, thank you for sharing. I love any story where the devil is defeated by a Bad-News-Bears-style scheme or loophole.