Welcome to the Atlas Obscura Community discussion of Beaver Dam Pepper. Ask questions or share tips, experiences, pictures, or general comments with the community. For the story behind this food, check out the Atlas Obscura entry: 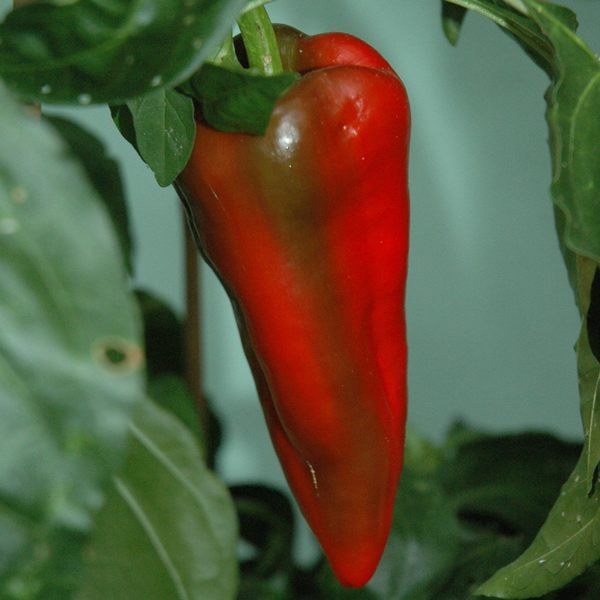 A pepper so good, Hungarian immigrants carried it with them when they came to Wisconsin.

I have had this pepper in Hungary it is like most Hungarian food very very bland and no flavor!

I’m Hungarian and if you have had bland Hungarian food, I’m sorry…in my experience, it depends on who’s cooking…when I’m cooking or my family’s cooking Hungarian, it is anything but bland…I hope you’ll try again somewhere and have a better experience…

Thank you, Atlas Obsurians, for sharing this article on the much loved pepper of my girlhood home. I am now determined to reunite with this marvelous fruit in September, traveling from my Portland home, and consummate a flirtation I began long ago.

I grew up at 128 N. Roosevelt Dr. and, looking at the place on Google, the the cape cod to the right was owned by the Utries, an Hungarian family from Fox Lake who came to town to have their kids go to BD’s larger HS. I’d come out of our side door with my bike every early summer morning to the scene of their pepper growing enterprise. Starting first for two summers in a small strip between our adjacent garages, it soon spread to a large, square (every garden in BD must be square with straight rows and all vegetables, not just peppers, carefully spaced, often with stakes perfectly and serenely perpendicular to the soil) garden in their back yard. The Hungarian peppers, I remember, must have been started indoors before the biggest snow banks finally melted in April, because they’d burst on the scene in early June in my child imagination fully formed, one foot high, with the first flowers and fruits coming. The soil in BD is dark brown and loamy so the spring green color of the pepper plants, some mid week hour when they were set out my Mr. Utrie who tended them, was arresting to me. I’d stop with my bike half in and half out of the side door, admiring the scene before heading off to the Lincoln School summer playground to make keychains of lusterlace with the Parks Dept summer interns. Their pale green fruits started out like marbles, but by July were long, though still pale green, not red like in the photo. It may be that the Utries harvested theirs early to keep them somewhat milder, or more likely, I was not paying proper attention. In one rare moment of listening to adults, I recollect him telling my mother (also a pepper admirer) that the mid veins of the pepper had to be removed if hotness was to be avoided. Though quietly noting the information, I do not remember my mother responding to this.

In BD there were two kinds of epicures. One set that loved, made, and served what my friend Jacque’s grandfather CC Linck would call Church Lady Food. Bland, obvious, and plentiful. The other set cultivated a taste for spices, under-sweetened their iced tea and lemonade, and plated their foods more artfully. No glob in the middle for them. This divide ran invisibly between our house and the Utrie’s. Thus, I never have tasted an Hungarian pepper though an early admirer of them. I watched with curiosity the two precious peppers that Mr. Utrie gifted my parents one of those early years, slowly decomposing in the vegetable drawer of our Frigidaire wrapped in Saran-wrap. The divide ran deep. The note at the bottom of the article about the BD pepper festival is so tempting. I see now that one of our trips to Madison may need to be planned to rectify this lack in me one of these Septembers, with a much delayed pleasure.