It’s not a theme park in the traditional sense, but Paradise Park on Oahu in Hawaii. I loved the mirror maze, the maze where the floor moved (like a moving sidewalk), and all the birds. It had a huge aviary as well as birds like flamingos that just wandered around freely. Plus there were fun hula shows and multiple different gardens to explore. Grew up there in the late 80s, early 90s. I think it closed in like 1996?

When I was growing up in Pennsylvania Knoebels was the greatest place in the world. I loved the wooden roller coaster, the Phoenix, and the Cosmotron, as well as other classic thrill rides. The atmosphere is part storybook, part county fair. It’s still going strong!

Though it’s unfortunately no more, Deer Forest in Coloma, MI was my sister’s and my favorite place to go in the summer. It’s a hard place to describe: part zoo, part amusement park, part art installation, all in the middle of the woods in Southwest Michigan. On top of the namesake deer they had more exotic animals like peacocks and camels (that you could ride!). They had a Ferris wheel and a few other little rides that you wouldn’t find anywhere else, plus a train ride through the park. And there was “storybook lane,” which was a bunch of sculptures based around nursery rhymes. The gift shop sold everything from peacock feathers to rock candy. So many fond memories of the place–if we could’ve gone there every week when we were kids, we would have.
Here’s an article with pics from when the abandoned park was auctioned off in 2015, after years of decline (and unfortunately animal abuse by a new owner who claimed he was going to save it): Deer Forest, once popular family attraction in Coloma, goes on the block - mlive.com

In hindsight, even disregarding the later animal abuse by the new owner, this was probably not the best place for exotic animals to live. But still, looking at these pictures makes me nostalgic.

The oldest amusement park in the world is Bakken in Klampenborg Denmark.

Ah, I remember Camelot. (Yes, it was a silly place.) Growing up it was the nearest theme park and several end-of-year school trips took us there when I was in primary school.

The park was built in the 1980s on Martin Mere (the largest lake in England until it was drained in the 17th century) and was tied to dubious mythology around Sir Lancelot. If that sounds grand, it wasn’t. The park was pretty small and relatively unimpressive in comparison to the nearby likes of Alton Towers and Blackpool (never mind exotic sites further afield such as Legoland and Disneyworld). Still, it did have the UK’s only full-time jousting arena back in the day.

Camelot wasn’t hugely successful, failing to attract visitors and changing owners numerous times. Whereas other parks are famed for their rides, Camelot probably received more attention for coming joint-bottom in a survey of healthy eating options at the UK’s tourist attractions in 2006.

The park closed in 2012 after a really poor summer (the owners of the time blamed bad weather, the London Olympics and the Queen’s Diamond Jubilee). Most of the rides were sold to other parks though some still remain on the abandoned site. Plans to turn the place into housing developments keep on falling through so what was once an Arthurian theme park stays as it was - a rusty forgotten world of merry olde England magic vaguely remembered from childhood.

Growing up in Tokyo I spent much of my summer at Toshimaen, an amusement and water park. During the winter the water attractions would shut down but my friends and I would still go to ride on the roller coasters and play games in the GC (Game Center (Arcade)). I didn’t go to a Japanese school so I had the same schedule as kids in the US, from what I could tell, so the beginning of summer there were very few Japanese student-aged kids there and in the winter, while they were studying hard, we more or less had the park to ourselves then too. I remember standing in a very short line to get into one of our favorites leaning over the railing towards the walkway and seeing Takeshi Kitano (Beat Takeshi, as he was known in early days) walking around the park with a very obvious member of the Yakuza. At the time I still knew him primarily as a comedian but now whenever a new movie like “Brother” or “Outrage” comes out, all I can think of is seeing him walking around with that member of the Yakuza, perhaps studying for a film role?

Belmont Park in San Diego, Ca. (Mission Beach).
A seaside Rollercoaster with rides and shops.
We always begged my dad to take us although at the time I was too chicken to ride the coaster.
The rollercoaster is one of the original wooden ones built.
https://www.belmontpark.com/

Hersheypark in Hershey, PA because

. I once got pulled to do a short survey and was given a chocolate sample after. 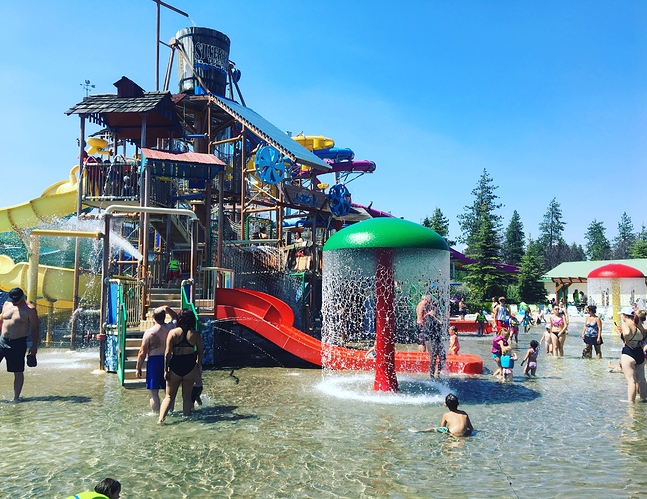 Astroworld in Houston. It began as “Marvel McFey’s Astroworld”, and later became a Six Flags. One of the rides I remember was the Alpine Sleigh Ride. It was a tame roller coaster that went through a “mountain”, complete with dwarves mining jewels. Especially welcome in a Houston summer was the air conditioning inside the ride that helped simulate snowy conditions. My brother and my cousins and I had season passes when we were in Texas visiting our grandparents for the summer.

Firstly, in my mind Japanese theme parks are something extra fantastical thanks to pop culture depictions like in Spirited Away and the videogame The Legend of the Mystical Ninja. Add a cameo appearance from Takeshi Kitano as well and I’m there!

LeSourdsville Lake/Americana Amusement Park, Middletown, OH.
My grandfather took us in the 70’s, such great memories of a simpler time.
This was a huge treat as there were 7 of us and we didn’t get to venture out much.

We have Grona Lund here in Stockholm and de Efteling in the Netherlands.

Enchanted Forest near Baltimore. It closed but the entry gates are still there. Y’all did a story about it.

We’ve tried to hit all the Christmas themed parks in the USA and went this this one as a side trip to a Nashville vacation a few years back. It’s really a great park with different holiday themed sections.

Yes! Have to echo Enchanted Forest— it’s so wonderfully eerie and nostalgic to visit as it’s a virtual unchanging time capsule. I have some great photos of it here:
Enchanted Forest – Unto Adoption 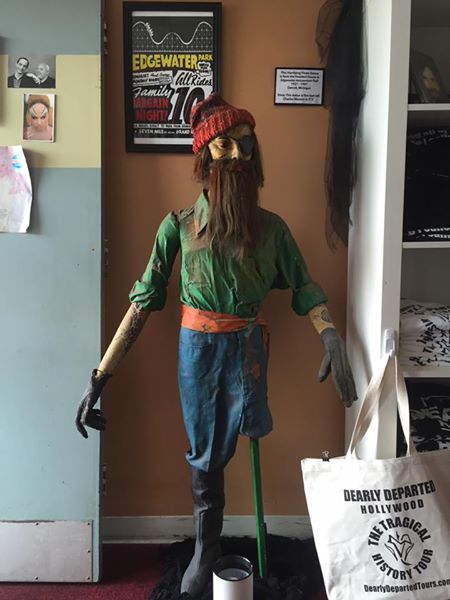 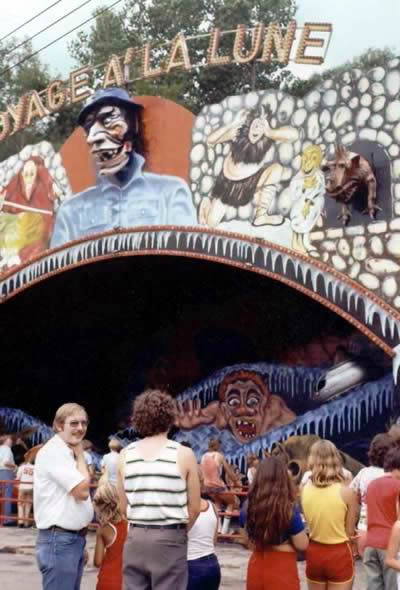 The American Adventure in Derbyshire. Growing up in Nottingham, it was our closest theme park - full of wild west themed rides and attractions. It was built on the site of an old coal mine, closed more than a decade ago and was left to rot for a while, before it became fully derelict. Some great pictures here of what was left for a while Abandoned: What happened to the UK's American Adventure theme park? | Theme Park Tourist

Phantasialand, near Brühl, Germany. One of the scariest rides I’ve ever seen (didn’t ride it) is the Talocan Topspin 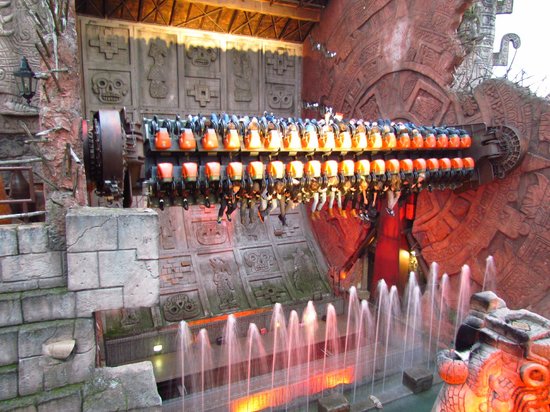 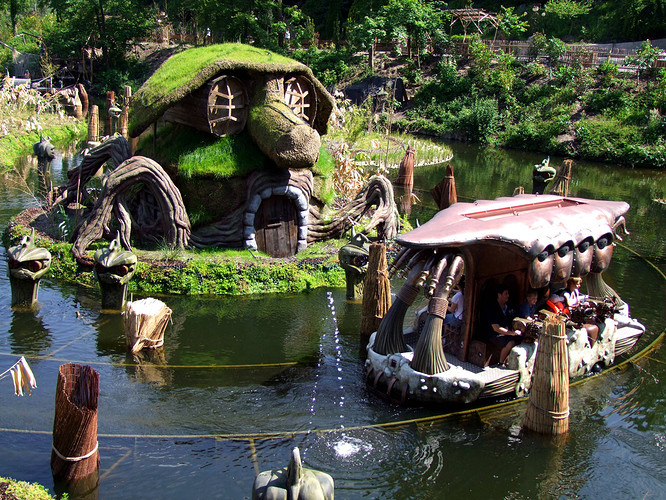 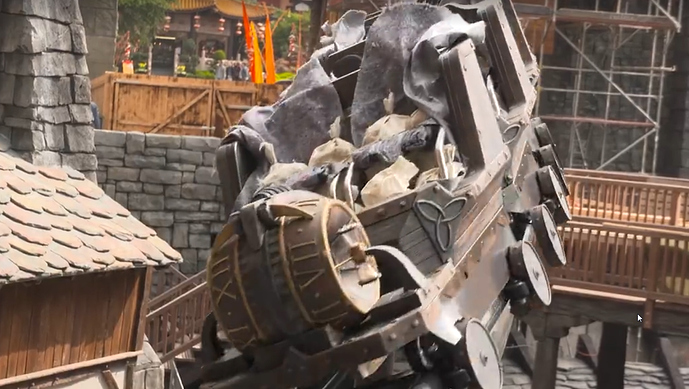 Thumbs up to Latourex. I try to make it to Knoebels at least once each summer. It’s a nice 3 hour ride from Philadelphia on the motorcycle. Free admission, great food, wide assortment of rides (some are antique). The Flying Turns is something unique. Dan