Indiana Beach in Monticello, IN has been a part of my summers for sixty years. It is a fantastic gem of an amusement park that in 2026 will be celebrating it’s 100th anniversary. 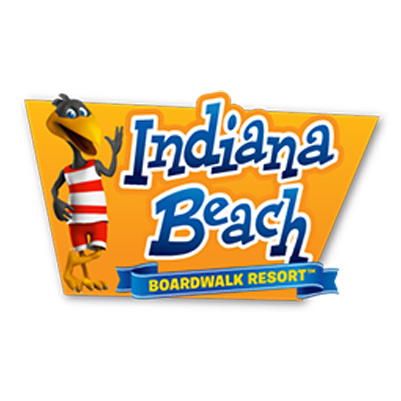 Schnepf Farms in Queen Creek, Arizona! I’d been before, but last fall my sister, best friend and I took a day to poke around for the pumpkin and chili festival and we had the best time! While it is a working farm with pick-yourself produce and petting zoo, it also features carnival rides and attractions. Our favourite was the 1950s rollercoaster brought in from New York. It’s funner than it looks, tbh, and the attendants all seemed to be having as much fun as we were! They also had a haunted train ride and live shows. If you go, you’ve got to try the caramel apple pie. It was the best pie I think I’ve ever had. And I’ve had a lot of pie.

I’m in for the pie alone.

Fair Park in Nashville was a real treat for kids until it closed in 1987. The state fair continued as well as the Nashville Speedways on the same tract of land. Now the future home of the Nashville MLS team is being constructed.

I still have my Deer Forest elephant key that turned on the story boxes on Storybook Lane.

Gold Reef City Johannesburg is a unique Theme Park in South Africa It has thirty thrilling rides, hotel in Victorian Style and a Casino 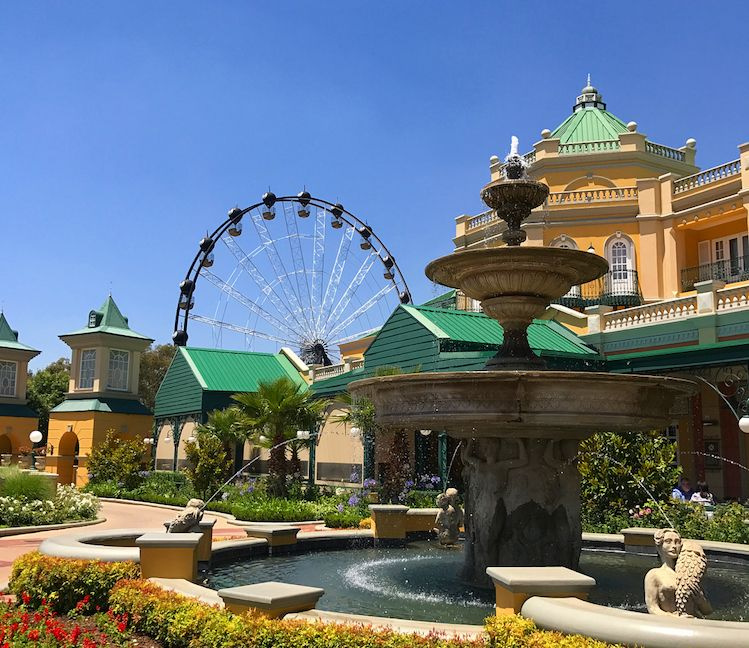 I have to add another vote for The Enchanted Forest in Maryland. Many of the pieces were moved to Clark’s Eliok Farm, worth the trip to see them. The park was also recreated in the movie Crybaby.

Before Disneyworld and Universal, Florida was full of quirky local amusement areas: Six Gun Territory, Silver Springs, Homosassa Springs, Lion Country Safari, Cypress Gardens and the mermaids at Weeki Wachee. Some are still there, but what I miss the most was a magical monorail ride through the trees in a leaf-shaped monorail at Rainbow Springs. There were no monsters or elves, just a delightful ride. From Wikipedia:

Knoebels is truly unique. They have a number of old rides, including an antique carousel with the brass ring game. The rumor is they were told they couldn’t recreate a trackless coaster they had decades ago with today’s safety features, so they did it. It took seven years.

There is a game called fascination I’ve never seen before. It’s sort of like skee ball, but you sit at a machine the size of a pinball machine and play against a room full of people doing the same thing.

They have a huge, old-fashioned pool with three diving boards of different heights. I could finally show my son how metal slides are much faster than plastic because they have one in the middle of the pool. I don’t know how tall it is, but it’s at least 10 feet. And it has water streaming down so it doesn’t get as burning hot at they used to, but it is fast.

They also have cabins and camping spots, so families often stay for a week.

I agree! Knoebels Grove has grown with the times. Yet they retained that “classic” feeling. I’ve been visiting since my childhood in the 50s! I also appreciate that they keep photos and memorabilia in one section. I can recall MANY of the times that Knoebels was flooded because of the creeks that run through the park.

Dutch Wonderland in Lancaster,Pa. My wife and I went in 1975, went back with our kids in the early 80s, and a few years ago my son took my grandson there!

I remember going to Belmont Park when it still had several rides left over from the 1950s (or even earlier?). One was a huge wooden disc, lying flat on the ground, that spun around. You were supposed to lie down on it and see how long you could stay on before you spun off (there was nothing to grab hold of, and the disc was very slick). The more riders being flung hither and yon, the more hilarious it was!

Many of us in Memphis still regret the loss of the old Fairgrounds, open all year 'round but most lively during the annual Mid-South Fair in the summer. The big wooden roller coaster, the Zippin Pippin, was Elvis’s favorite. The beautiful old carousel was taken and refurbished and put back up at the Children’s Museum of Memphis, where it looks better than ever.

The Zippin Pippin is alive and well at Bay Beach Park Green Bay, WI. This is a great park for kids and we’ve now taken our oldest great-grandson there.

Thanks, Roscoe50! I had heard that although the Zippin Pippin had been carefully taken down and carefully reassembled by buyers, their park didn’t make it, and the dear old roller coaster was once again sad and lonely. So very glad to hear that’s not true!

Dutch Wonderland is great…the giant pretzel is a great photo-op, and keep an eye out for the animatronic bakery display, it’s truly terrifying… 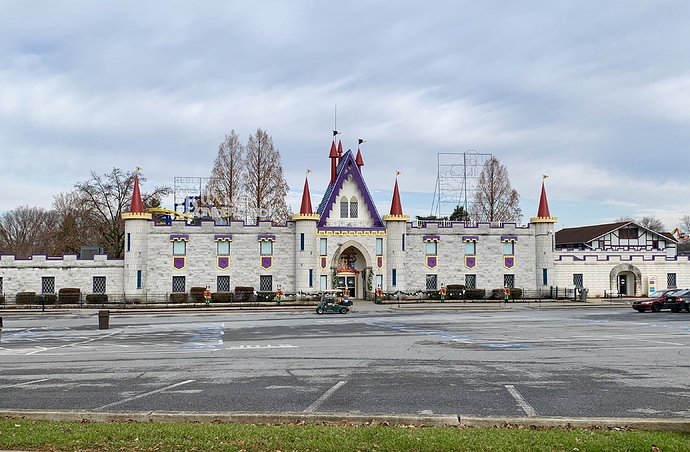 Holiday World is also a good mix of fun and odd. My favorite part: the restaurant that serves Thanksgiving food EVERY DAY.

You had me at animatronic bakery!

OK, I’ve got two candidates for local amusement parks, and both, sadly, are defunct. The first is the old “FreedomLand,” built in 1961 on a former dump that had been a swamp (nowadays we would say “wetlands”) in the Bronx, NY. It was only open seasonally, and lasted only a few short years. One of the most interesting things about Freedomland (from the point of view of a geographer, anyway!) is that the park itself was in the shape of a map of the continental United States, with focus on memorable parts of the country – the Wild West, New York City, New Orleans, the Great Plains, etc. See write up at:

FREEDOMLAND USA – A Theme Park Shaped Like a Map! (in da BRONX!!)

Fifty years ago this past June, Freedomland, USA opened here in the Bronx, on the site of the old Pelham Bay dump, which was formerly a sa...


At that time, there were a number of competing amusement parks in the general New York metro areas, most of which are no longer with us (Rockaway’s Playland, Palisades Amusement Park, Coney Island’s Luna Park, Rye Beach, etc.). Teenagers were definitely the main market for most of these parks, especially after dark.
My other candidate is not, strictly speaking, an amusement park, but more of a fairy tale forest for kiddies. The beloved Gingerbread Castle in Hamburg, New Jersey, designed in 1928 by the well-known architect and set designer, Joseph Urban, was in operation for nearly 50 years. This place has, in fact, been written up in Atlas Obscura, https://www.atlasobscura.com/places/the-gingerbread-castle-franklin-new-jersey
As a child, my mom would take me there on a nice day trip. We would get their special gingerbread cake with whipped cream or a gingerbread man cookie in the vaguely Olde German style restaurant/gift shop, and then tour the different little outdoor diorama type scenes of various fairy tales – the old woman in the shoe, Humpty Dumpty, Hansel and Gretel. The highlight was visiting the castle itself, where we were told by the teenaged tour guides, costumed to look like Nordic peasants, that we mustn’t touch the pink elephants that bordered the steps or they would turn to stone.
Back in the park’s heyday, the whole town of Hamburg was part of the fairy tale theme. Streets had fairy tale names like Old King Cole Way, and many of the residential building were painted unusual pastel colours and had a Swiss chalet, neo-Tudor, or a half-timbered look to them. This is a recent photo of a street sign featuring the castle logo. At one time these signs were ubiquitous, but now only a few are left. There has been talk over the years about restoring the park but nothing ever seems to come of it, and the place is basically a ruin now. 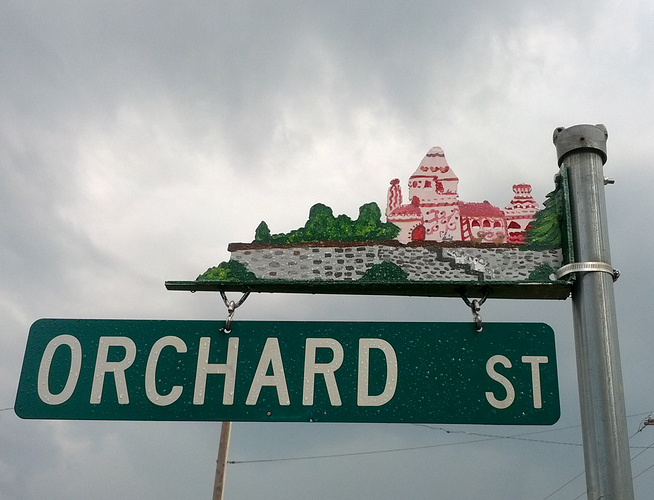 Those keys also used to work at the Toledo zoo

I came here to say just that, except from my personal experience (at age 9) I would swap the word “magical” for “eerie” or even “downright unnerving.” I suppose it is magical, but less in the “fairy tale princess” way and more in the “elves will steal your babies and livestock” way.