Geauga Lake in Aurora, OH. Sadly, no longer there, but you can see lots of photos online of the abandoned park. The park opened in 1887 as a picnic spot, but grew into a theme park. We lived pretty much right across the street from it, and on the other side was Sea World (also no longer there). Through the early 2000’s it changed hands multiple times and eventually went defunct. We spent many a summer there, I went on my first roller coaster there too - the Big Dipper - which was unsafe enough at that time that I remember standing up from the seat with the downhill drops, and crying for my mommy the first time, lol. I also remember my grandmother telling me that someone had their leg torn off on one of the spinning rides there, though I never researched it to verify.

I remember kids talking about that one! We never went though (from Racine).

I’ve heard about Knoebels - one day I hope to check it out.

I grew up near Pittsburgh, Pennsylvania and a summer wasn’t complete without at least one trip to Kennywood Park. My family would make trips there or to the Highland Park Zoo.
My High School class even got to go to Kennywood one year, a great treat. On another school trip, we visited Islay’s Ice Cream factory, where they had the original Klondike Bars and Skyhigh Ice Cream Scoops.
Fortunately, I can still get Klondikes locally here in Portland, Oregon, but not the Skyhigh’s. (They had a special Long ice cream scoop that were about six inches tall.)

I rode the Loch Ness Monster when I was 21 and, 42 years later, it remains the absolute most terrifying ride I’ve ever experienced! I wanted to see what that huge drop felt like - it was sheer terror and I loved it.

Knoebel’s Grove in Elysburg, Pennsylvania hands down! I doubt you’ll find any other theme park that offers both free parking and free admission!

Growing up I had family in Cancún, Mexico who we visited often. I eventually ended up living a few years in the area, so I’d say this is somewhat local. There is a company in Riviera Maya that has built a few theme parks. Xcaret and Xel-Há are their flagship parks and both are somewhat based around the same concept of small Mayan ruins surrounded by impressive natural features with the addition of restaurants, shows , animal enclosures and etc.

Xel-Há is the most “ecotourism” of the two as the main activity is simple and plain snorkeling in the many natural lagoons. Pictures are mine, just a few years apart. 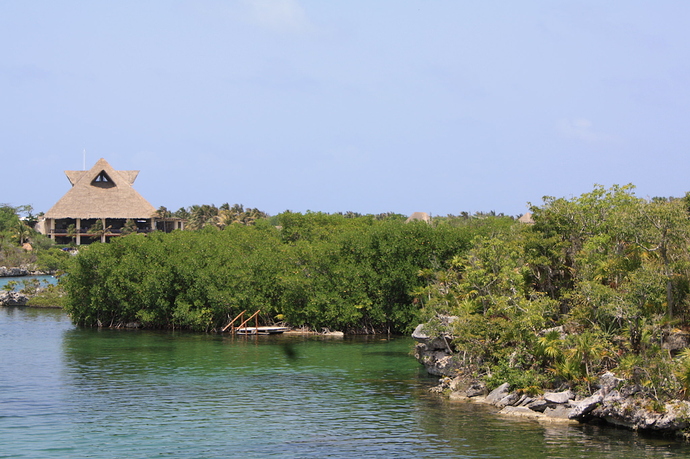 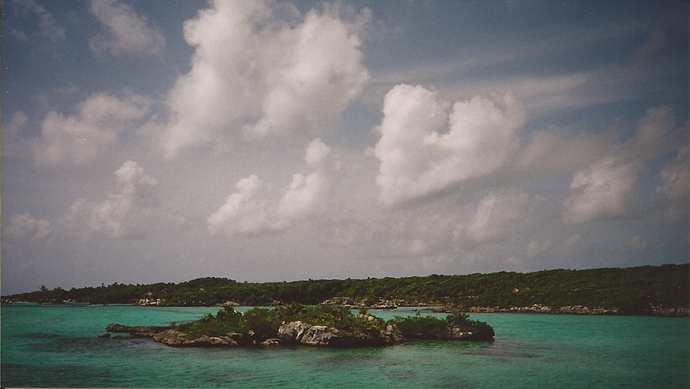 The larger, original park is Xcaret and that’s the most “theme” one, with a nighttime spectacular showcasing Mexican folk dance and pre-Columbian culture. Its other main attractions are mostly nature-oriented as well, with undeground rivers to swim in. 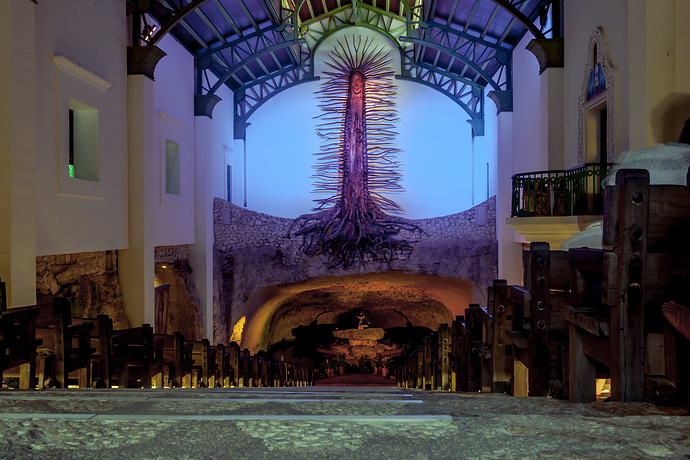 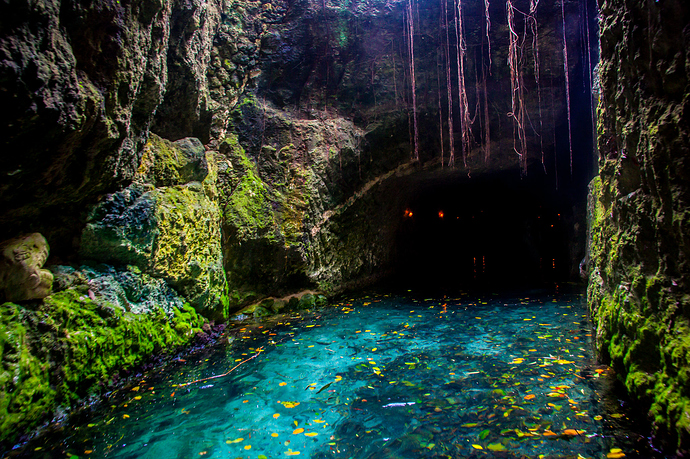 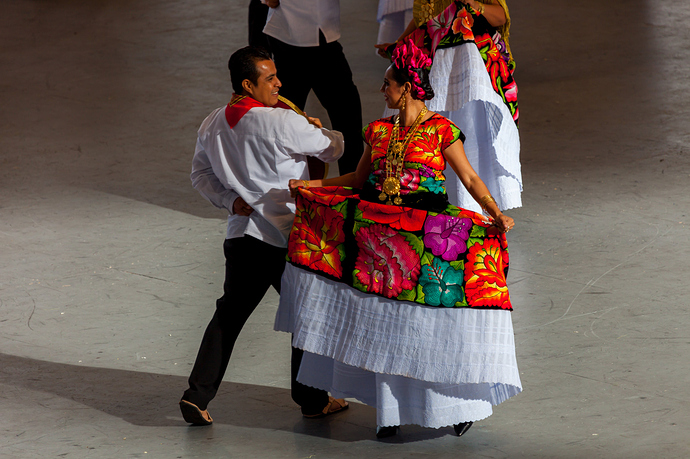 These are the only 2 of their parks I’ve visited but they’ve grown a lot over the last couple decades, they now have another two parks called Xplor and Xoximilco as well as organizing tours. In typical Mayan fashion, the Xs are pronounced like “sh”.

Finally, I don’t know if anyone else remembers the Cancún area in the 1990s and how there was another theme park there called México Mágico. There is not much about it online but I do remember a bullfight-related show.

Wow, these pictures are incredible!

I am biased. I met my girlfriend 20 years ago in fairy tale park The Efteling. And still living hapily ever after.
Couldn’t help noticing some people mentioning this park… but without going into details. Therefore this contribution. 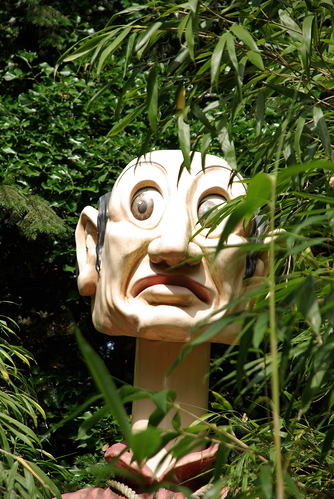 IMGP7420.jpg2592×3872 2.65 MB
While the park contains rollercoasters, there usually set around a fairy tale theme. Extra long opening hours in summer, but open all-year-round. Visitors usually will notice that it is unusually clean and green, with plenty flowers in sunny days.
Whenever considering a visit, feel free to reach out for some tips!
2 Likes
peregrine79 September 3, 2019, 8:13pm #70

I agree! Knoebel’s has great rides and lots of shady areas to escape the hot Summer sun. The best time to go is on days when they offer special incentives like unlimited access to the rides. They also have an ice-cold swimming pool with slides, available at an extra cost. And they have a campground adjacent to the amusement park. Reservations required!! If you don’t mind a short drive, there is another campground about 15-20 miles away. Our sons loved going there but, most importantly, my husband and I always had a great time.

Thank you for including Dutch Wonderland in this list. It’s a great place for children and grandchildren and there are no scary rides. They even have a small roller coaster that kids love. It’s close to the tourist area in Lancaster County, PA. The young ones will really enjoy the whole park.

Hersheypark is a short drive from my home in Lancaster County, PA. It’s located in Dauphin County and also adjacent to Chocolate World, a ride-through attraction telling the story of Hershey chocolates. There is a fee for parking for both attractions. While entrance to Chocolate World is free, Hersheypark has a fairly steep admission fee that covers all of the rides in the park, so go early and plan to spend the day there. It has a beautiful carousel and a number of thrilling rides including several roller coasters and water rides. The lines for some of the rides are often very long, so if you have someone in a wheelchair, you can bypass them. They rent wheelchairs at the entrance to the park. There is a LOT of walking through the park, some of it up and down hills.
It’s a lot of fun and I do recommend it highly despite the price. You can find discount coupons at convenience stores in the area, so stop at a Turkey Hill store before you visit. Or look online to see if their website has any discounts.