Welcome to the Atlas Obscura Community discussion of Buddha Tooth Relic Temple & Museum in Singapore. Ask questions or share travel tips, experiences, pictures, or general comments with the community. For the story behind this place, check out the Atlas Obscura entry: 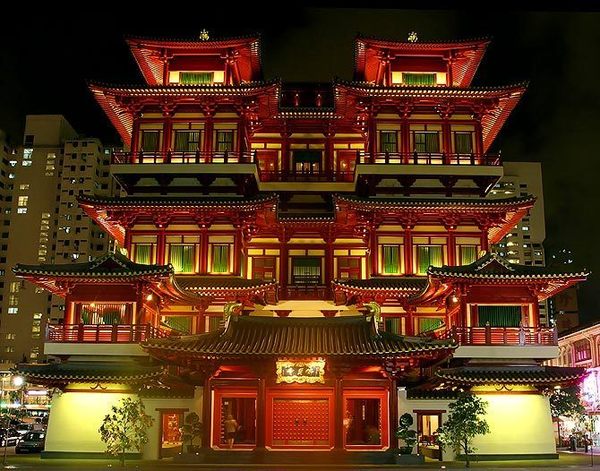 This $62 million dollar temple was erected to house one little dental fragment of religious history.

Siddartha explicitly told his followers not to start a religion based on his discoveries after he died. It took maybe ten minutes after he drew his last breath before the so-called faithful followers began to cut him up, hammer out his teeth, fight over dogma and in short, start a religion. Hominins build beautiful structures showcasing their faith, no doubt about that; but it would be better if we would just do unto others as we would have them do unto us.