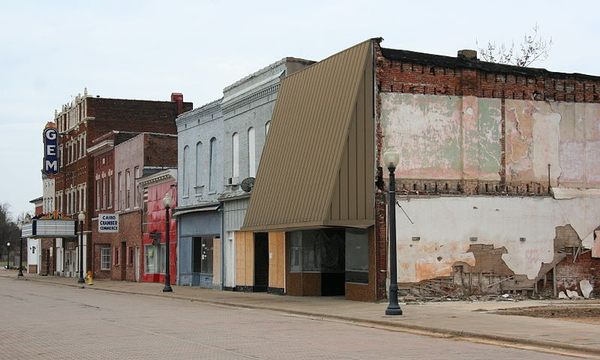 A once-booming Mississippi River town with a history of racial violence is now eerie and mostly abandoned.

I had not realized until today that Cairo, IL not only was a real place, but was a ghost town. It appears in both the novel and TV adaptation of American Gods, as the location where the main character meets several members of the Egyptian pantheon, most notably Mr. Ibis (formerly Thoth), who appears as a Black man, and has set up shop as an undertaker.

That story has so much great real-world detail in it… The House on the Rock also figures prominently.