Welcome to the Atlas Obscura Community discussion of ‘Celluloid’ Monument in Beverly Hills, California. Ask questions or share travel tips, experiences, pictures, or general comments with the community. For the story behind this place, check out the Atlas Obscura entry: 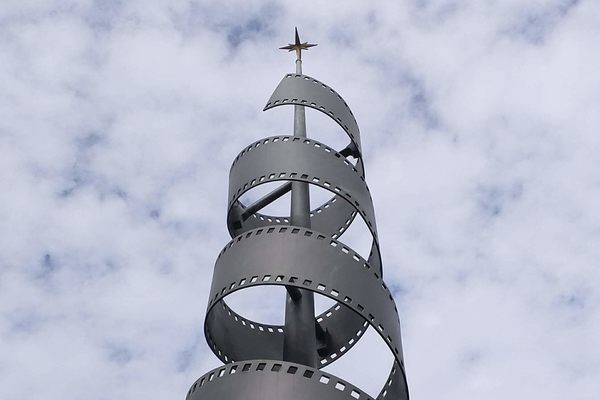 A tribute to the movie stars who fought to keep Beverly Hills separate from Los Angeles.

The edit for the written article has been made, but as a general comment, Mary Pickford was married to Douglas Fairbanks, Senior, not Junior (his son.)

While Douglas Fairbanks, Jr., my cousin, is better-known to today’s audiences through Douglas, Jr.'s work in 1930-80s film & TV, it was Douglas Senior, his father and my uncle, who, along with his wife, Mary Pickford, their pal Charlie Chaplin, and fellow director DW Griffith, founded United Artists in 1919.

Fairbanks’ original, first interpretations of screen characters were indelible to the imprint on our world’s culture, and we have come to know and love Fairbanks’ personas for their ability to Do Good, Be True Heroes, and Protect the defenseless around them, including: The Mark of Zorro, d’Artagnan of The Three Musketeers and Robin Hood - to name three franchises created by Douglas Fairbanks, Sr, in the early days of silent cinema in the 1920s, that continue to delight and entertain audiences.