Welcome to the official discussion about Corn Knives. Ask questions or share tips, experiences, pictures, or general comments with the community. For the story behind this food, check out the Atlas Obscura entry: 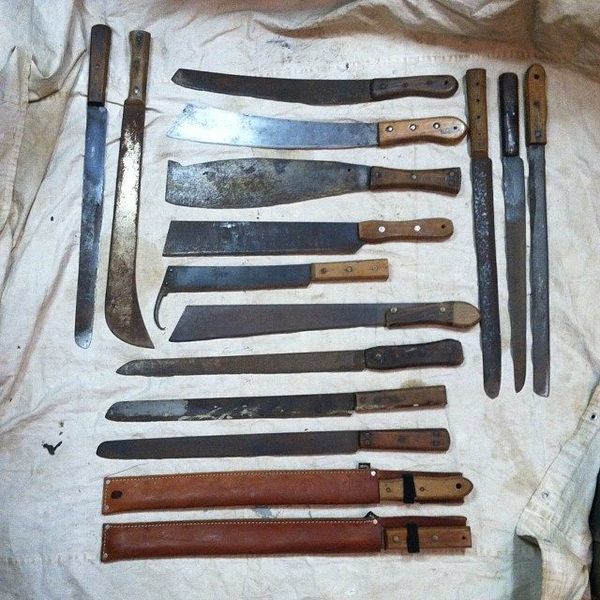 Corn was very much the grain of Mesoamerica, and I’d say it has remained the grain of modern America, despite early settlers’ initial belief it was “heathan graine.”

Reading about that early aversion, so unreasonable in the face of starvation, makes me wonder what indigenous practices did get entirely lost to history. Did quinoa have a cousin that didn’t make it through to the present economy because of, say, 17th century Spanish taste buds?

Funny you should ask - apparently there are five different kinds of quinoa that have all adapted to different environments!

Not gonna lie though, I prefer corn…possibly for the associated weaponry.

Corn knives did (briefly) survive the invention of mechanical harvesting. Since Midwestern farmers rotate their crops, fields that were planted to corn one year would have something else, usually soybeans, the next. That meant that there would be a lot of unwanted corn plants coming up in the new crop. The easiest way to get rid of them without damaging the plants you wanted was to go through and chop them down with corn knives. That was my summer job in the late 80’s. My corn knife was a heavy, rectangular blade --basically a Midwestern machete. My grandpa had a 10-inch miniature scythe, a beautiful little thing that looked like it belonged in a martial-arts movie. Around 2000, better-targeted pesticides that could kill off the corn and weeds but not the crop came on the market, and now corn knives truly are obsolete.