Welcome to the Atlas Obscura Community discussion of Culver Battery in Isle of Wight, England. Ask questions or share travel tips, experiences, pictures, or general comments with the community. For the story behind this place, check out the Atlas Obscura entry: 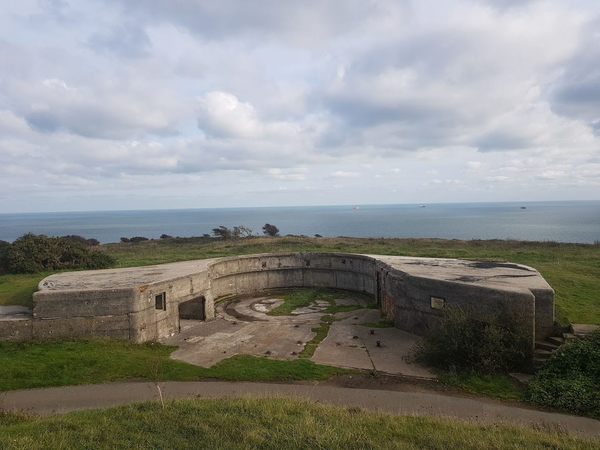 The now-quiet remains of coastal artillery defenses that were used in both World Wars.

With traces of fortifications blanketing Europe, indeed the planet, the obvious question - lacking obvious answers in many cases - is about the (pre)historical record: did the forts sustain damage from attackers, did the fort manage to damage or destroy any of the things it was designed to do? Perhaps the power of posturing is enough to deter would-be attempts. Some of the biggest castles, towers, coastal fortifications, and so seem to work that way - never actually put to the test of fire, explosive, or projectiles. In a few cases, though, among the iron-age hillforts around the UK, evidence of conflagration, heaps of slingstone, and sometimes human remains do testify to conflict. As for Culver Battery, I wonder if its design ever was tested in actual hostile interchange?

In the early part of the war, German batteries, and Railway guns in Northern France would often send shells across the channel. Further east along the English south coast, several large batteries were built to return fire. I expect that Culver Battery would have taken part, too. Also on Culver Down is a Victorian fort, one of ‘Palmerston’s Follies’, built at immense cost, when France started ‘sabre rattling’ again in the mid 1800’s, and huge, elaborate, and utterly fascinating forts and redoubts sprang up along the south coast. And never required at the time, but used in both subsequent wars.