Welcome to the Atlas Obscura Community discussion of Dragon’s Beard Candy. Ask questions or share tips, experiences, pictures, or general comments with the community. For the story behind this food, check out the Atlas Obscura entry: 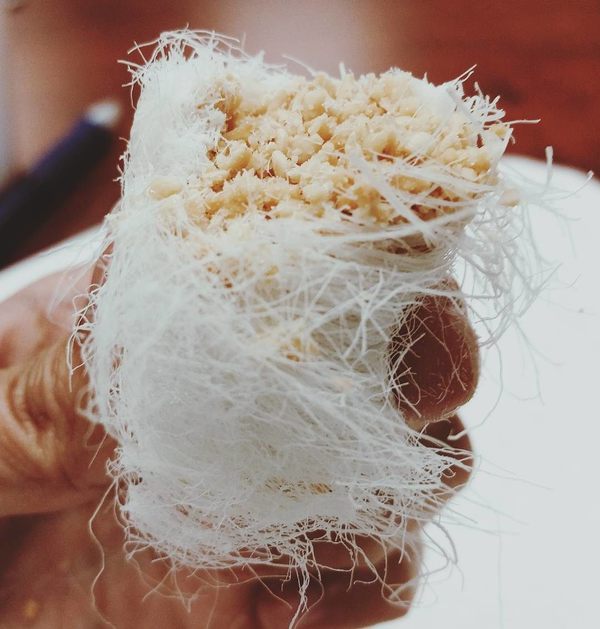 Wow, thank you for this article. We ate sometthing like that in Iran, we had a world tourist guide convention there and they offered us that (it looks so) to taste. Same origin?

This is not a reply, but my own happy comment. I lived in Japan 16 years and Korea 15 years before retiring to Bangkok and I love both countries dearly and go back to visit ever autmn for the fabulous foliage and special cultural events. I have been to these two (the second is not shown in the video) dragon beard candy stands in the Insadong Shopping Street in Seoul uncountable times and know these great young singing and dancing confectioner-actor guys well. We speak several languages all mixed up whenever we meet. They are fluent not only in Korean, Chinese, Japanese and English, but also in several other languages. The Turkish gelato gentlemen across the street are also multi-lingual.
The “Kul tarae” (Kul means “honey” and tarae means ritual offering to Confucian gods, kings and the Buddha, as well as a host’s hospitality to a guest. The “ta” in “tarae” means tea, one if the 7 necessary commodities for offerings. This reminds us that the ritual offerings are intimately related to the Confucian Korean Tea Ceremony handed down by Korea Zen monks in their monasteries), in the original version uses peanuts for the filling; but nowadays almond or other nut fillings are becoming popular. In any case, these guys always recommend that the “kultarae” be frozen and eaten straight from the freezer.
Near these wizards is also “The Candy Man”, another traditional street performer that spreads a huge glob of honeyed walnut purée candy (“Yut” in Korean) on his wagon to dry in the sun and air as he dances around it, jugging two pairs of cutting shears in the air and snapping them open and shut to make the rhythm of his dance, and then cuts pieces to sell to the awed crowd. My first encounter with dragon beard candy was decades before in Singapore. I always bring back plenty of this royal sweet for my New Year’s Tea Ceremonies back in Patumthani near Bangkok.