Welcome to the Atlas Obscura Community discussion of Eddgar and Benn in Box Elder County, Utah. Ask questions or share travel tips, experiences, pictures, or general comments with the community. For the story behind this place, check out the Atlas Obscura entry: 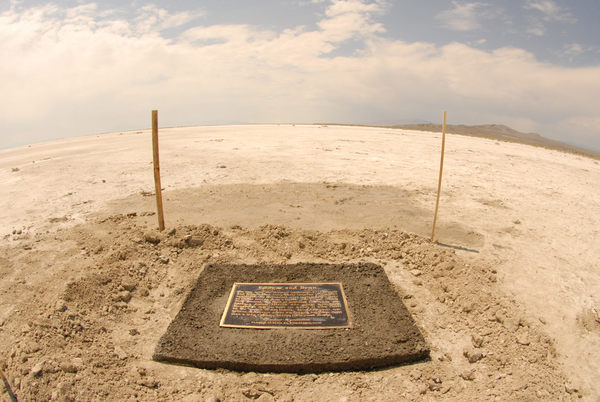 Where unfolded the penultimate chapter in the journey of two doomed adolescent boys.

Why are these two boys famous? The story just explains the obvious. Why were they “doomed”? Why do they have a memorial? I’ve attempted to look into this, but there seems to be an extremely limited amount of information.

05/22/20 - I am going to post a report that is proportional to the effort that it takes to get to this site. For a fuller picture, visit the Atlas Obscura entry for the Kcymaerxthare: Eddgar & Benn site, as there is some crossover. Simply put: a visit to Eddgar & Benn is a visit to Zaqistan if you know what you are doing.

Neglecting any of the above will likely leave you in a pretty desperate situation.

I may be willing to provide a GPS track upon request. (In part it would reveal where NOT to go; the route I plotted using topo maps and satellite imagery was itself flawed.) I am still undecided as to whether I should, though, as routefinding is part of this journey. Also if you cannot navigate this yourself, you have no business being out there. Then there is the notion of rendering this spot easier to access, which brings increased traffic and human impact.

This brings me to my final point which I also mention on the Republic of Zaqistan page. I am not sure if the artist(s) had had the foresight to anticipate the consequences of human impact in this area, in particular the detritus left behind, that they would have pursued the project(s) of Zaqistan and Kcymaerxthaere. This is not to mention the implicit encouragement to unwitting travelers to visit a remote location where self-sufficiency is essential.

All that said: I sincerely enjoyed visiting this site and am so very grateful that Atlas Obscura has posted it. I only post the above as a caution and prevention of disastrous consequences.