Welcome to the Atlas Obscura Community discussion of Emily Dickinson’s Black Cake. Ask questions or share tips, experiences, pictures, or general comments with the community. For the story behind this food, check out the Atlas Obscura entry: 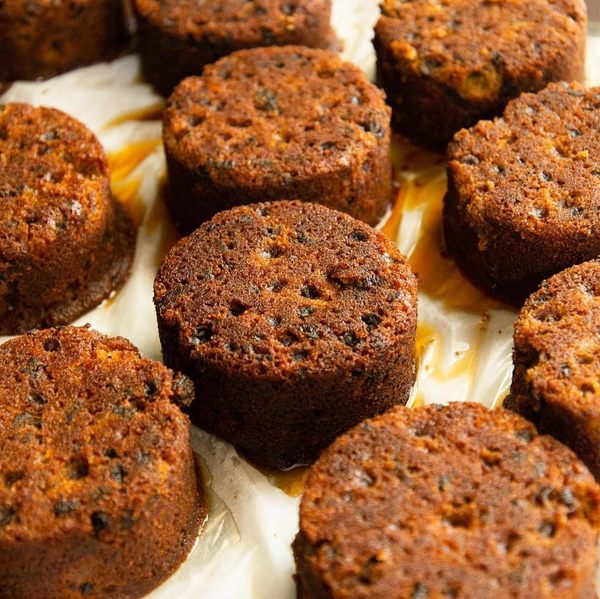 This recipe reveals the reclusive poet was also a well-known baker.

The late, wonderful Laurie Colwin in Home Cooking wrote about black cake, but discovered it via an acquaintance from the Caribbean islands where it’s apparently the celebration cake of choice. I’ve made it twice; the first was a flop - too wet - but the second was amazing. Not, however, a dish for the conservative eater. (Amazing how many people are knee-jerk on something like this.) But rich and dark and very boozy.

It amazed me to hear about it in the middle of the Berkshires at that time. But I suppose all this revolves around the molasses and rum trade and how things migrate. Someone’s doctoral-dissertation-in-utero?

Reminds me of the Black Bun my father would make in August or September for Hogmanay’s First Footing. He was born in Edinburgh, Scotland in 1916, one of 13 children. They were good Scottish Presbyterians and the Sabbath was a special day. It rarely snowed in Ednburgh, but if it did, it was on a Sunday and my father remembers that there was no going outside and playing on the Sabbath. (After World War II and moving to New York City, my father joined a low Episcopel church.) But on Hogmanay, my grandmother plated the Black Bun she had made a few months earlier and accompanied it with some short bread. My grandfather took the top off the bottle of whisky (it’s just whisky in Scotland, not Scotch or single malt, especially in the 1930’s when my father was part of the event) and threw it away, meaning it was going to be drank until it was gone. The door to your flat was opened, and waited for your first visitor, hopefully a male with dark hair, that would bring good luck for the New Year. Young men with dark hair made quick rounds of the neighborhood until the “hospitality” caught up with them. In the door, a dram of whisky was served and a toast, " Lang may yer lum reek!" (Long may your chimney smoke.) Abit of Black Bun or short bread with complements to the Mrs. and off to the next open door.
My father had dark hair, combed back with a splash of olive oil as was the fashion then. He probably made it out to my mother’s house, out bt the prison where my maternal grandfather was a warden. I never asked the question, but it may have been a more festive Hogmanay there, my grandfather was the Pipe Major of the “Dandy Nineth” Regiment of the Royal Scots (the only regiment to continue to wear kilts after trousers had become the norm) and served in World War I in France. There may have been a few jigs being played on the pipes while guests stopped by.
My father made a short crust and lined a loaf pan with that. He had a recipe which I am not laying my hands on now, but it was heavily currants, some raisans, and I don’t remember any candied fruit. It was heavily fruit with some dark cake. A short crust top was added and sealed to the shell in the pan. A hole in the top was the only break in the pastry. It was baked in a low oven for at least two hours and had four hours to reach room temperature.
The Bun came out of the pan and placed on a piece of heavy duty aluminum foil, the sides were brought up with some neat folds so the foil would fit snug with sides of the Bun. Then came the first of the “blessings” of the Bun; some Scotch (we’re in America now) was sprinkled into the vent hole and over the Bun and wrapping was completed. A second layer of foil wrapped around and then in when into a tin and put on a shelf in a closet. Once a month, it was unwrapped, blessed, and rewrapped, and placed back on the shelf in the closet. I think keeping it out of sight helped to remove it from current memory and temptation. I suppose the November unwrapping is an important one, has it taken on the expected aroma of blended fruits, harmony of the spice blend, and the earth tones of the Scotch.
The Black Bun was delicous, it had taken on uniform rich taste that went so well with a wee dram and a piece of short bread. If I remember correctly, the only change my father considered for the following year was better whisky for the blessings, and himself - he was a devout low Episcopal. 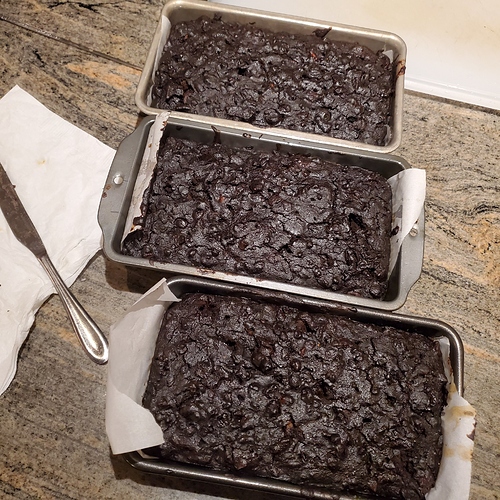 blackcake3024×3024 1.85 MB
Made this for the first time in a few years after seeing an Insta post from David Leibowitz. I think the batter did weigh about 20 lb!