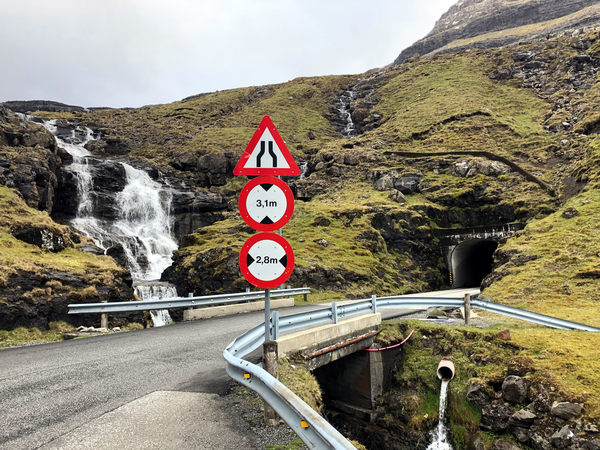 The narrow passages will challenge even the bravest driver.

There are quite a few of these tunnels in north west Iceland. The is one that is five miles long and has an intersection in the middle.

I grew up in a little village deep in the jungle in Panama, which had a one lane bridge across a deep, wide river. Other than the railroad which also crossed this bridge, there was no other way in or out. At each end of the bridge was a red/green light which you really had to pay attention to, because the bridge had a sweeping curve in the middle so you couldn’t see the other end. If someone ran the red light, there could be a “Panamanian stand-off” in the middle of the bridge, and someone would have to back up. It was an awesome bridge, built around 1895 or so, and it was a lot of fun to jump off of into the cool water when I was a kid. Last year, a new 2 lane bridge was opened, and now people won’t know the horror of meeting a car half-way across. I think that’s sad.

All the horrors we’ve lost…