Festival of the Exploding Hammers

Welcome to the Atlas Obscura Community discussion of Festival of the Exploding Hammers in San Juan de la Vega, Mexico. Ask questions or share travel tips, experiences, pictures, or general comments with the community. For the story behind this place, check out the Atlas Obscura entry: 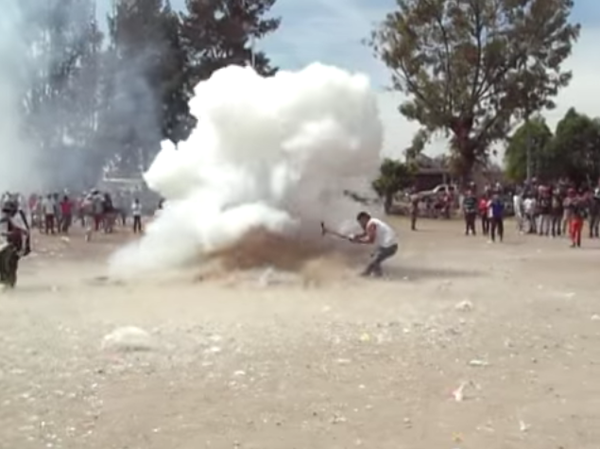 Mexico's Festival of the Exploding Hammers

There is nothing like a religious festival celebrated with blow-up sledgehammers.

How I can asist this event.? Someone have more informacion about mega bomba.?
The teléfono number or email addres where I can contacto. Who is a organiser
Thank you

I’m unsure if you want a response in English or Spanish, but I’ll go for English as in most of this site. I haven’t been to the festival itself yet, but San Juan de la Vega is basically a suburb of Celaya, where I have been.

Celaya is easily reached by bus from major Central Mexican tourist hotspots like Mexico City (3-4 hours departing from Central del Norte), Guanajuato and San Miguel de Allende. Once in Celaya, I’d recommend Uber, Cabify or hiring a taxi to get to San Juan.

The festival should take place 25 February this year, and is usually one day before the start of Lent. I don’t think this is the kind of event where an “organizer” can be expected. People are injured every year, so I’d expect the event to be all around chaotic.