Welcome to the Atlas Obscura Community discussion of Fried Brain Sandwich. Ask questions or share tips, experiences, pictures, or general comments with the community. For the story behind this food, check out the Atlas Obscura entry: 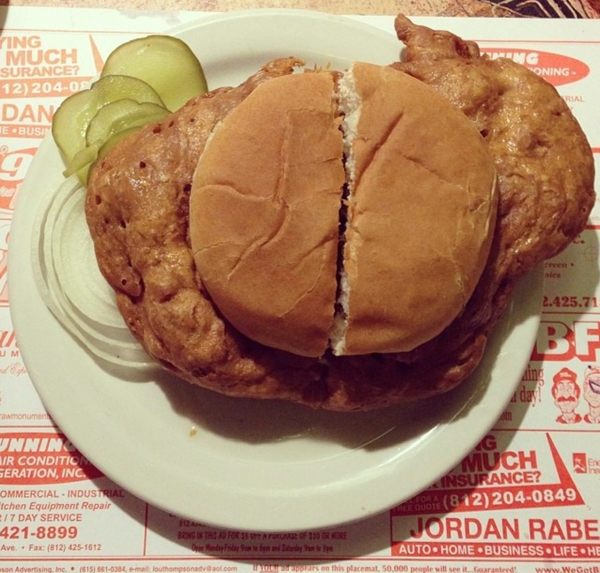 This Brain Sandwich Is a Throwback to the Midwest's Meatpacking Heyday

NOPE. I’ve seen “brains and eggs” as a kid and I’m scarred for life. I can be an adventurous eater, but eating a brain is too gross. Has anyone tried this???

A 3 oz serving of cow brains has 2635 mg of cholesterol. Add two eggs, and that’s 370 mg more, for a total of 3005 mg. That’s ten times as much as the daily recommended amount. Better check with your cardiologist before eating this.

This was one of my favorite meals as a kid. I marvel at the similarities of this article to my life. I grew up in Cahokia, Illinois just across the Mississippi River from St. Louis. My father was a meat packer in E. St. Louis, where he met my mother who worked in the office at Swifts Packing company. We are of German heritage. So all of those things brought the brain sandwich to our table. A few differences from the story - we always ate pork brains since my mother claimed the beef brains had a strong flavor and were not as creamy as the pork brains. We ate them as often as we could, whenever the local grocery had them fresh; she did not like the frozen ones. It was my job to soak them in salt water for a while then clean the membranes. It was delicate work since you wanted to keep them in large pieces and they fell apart if roughly handled. Then she would dry them with paper towels slightly and coat them with cornmeal, not batter like the story said. They would fry in the skillet with Crisco over fairly low heat, turning once, until golden brown. We ate them on soft white buns with very thinly sliced white onion. No mustard or pickles. They were pure heaven to us kids, crispy cornmeal on the outside, soft and creamy on the inside. Oddly enough, mom seldom served any side dishes with this meal, I guess so we could focus on the deliciousness of the sandwiches, so there was always enough to eat two or three each. One of my best memories of childhood. As a special treat we would go to Belleville, a neighboring town, to a small hamburger joint called Wainwright’s. They served brain sandwiches just like we made at home. They are no longer there but we sure ate a lot of those sandwiches.

How about chitterlings? Chitlins?