Welcome to the Atlas Obscura Community discussion of ‘Gassy Jack’ Statue in Vancouver, British Columbia. Ask questions or share travel tips, experiences, pictures, or general comments with the community. For the story behind this place, check out the Atlas Obscura entry: 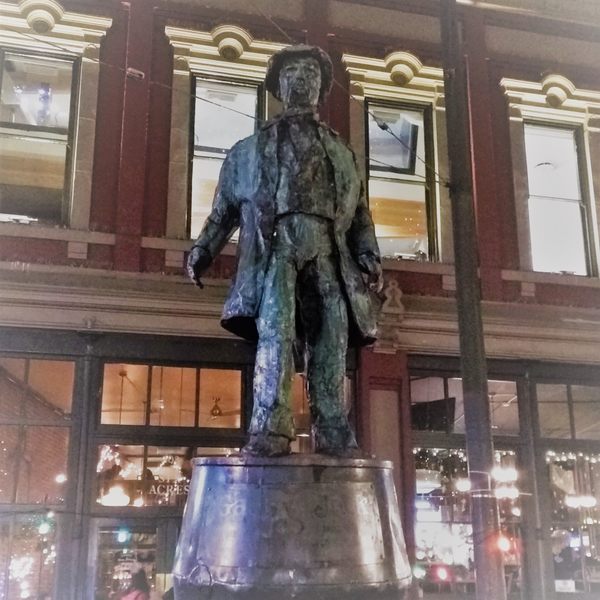 12/12/19 - He is right there on the street. It is a busy and popular area, and there are a few other Atlas Obscura sites within easy walking distance worth visiting.

What’s less known, and equally important, about Jack Deighton is he was married twice - both times to Indigenous women of the Squamish First Nation. Not much is known about his first wife, except that she became ill and passed away not long after their marriage. Deighton then married his late wife’s 12-year old niece Quahail-ya. According to Squamish oral history, he purchased Quahail-ya, who eventually ran away from her much-older husband at the age of 15. For a brief video highlighting a different perspective of Gassy Jack from local Indigenous women, visit: YouTube