Welcome to the Atlas Obscura Community discussion of George Mackenzie’s Mausoleum in Edinburgh, Scotland. Ask questions or share travel tips, experiences, pictures, or general comments with the community. For the story behind this place, check out the Atlas Obscura entry: 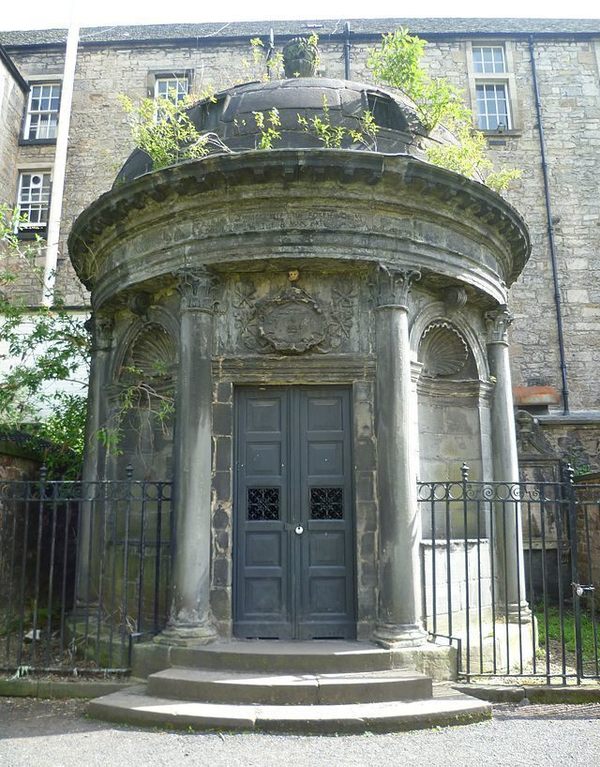 The tomb of one of Scotland's bloody historic villains is a magnet for bumbling desecrators.

Totaly worth the visit!

Gotta say, I don’t believe this place is haunted. I tried SO HARD to make something happen. I walked up to the mausoleum several times, sometimes in broad daylight but also late at night in the dark. Turned off my flashlight as I got closer. Stood as close as you can get, stuck my arms through the gate, even called him names. Nothing. No nose bleeds, no bruises, no mysterious scratches that were said to show up hours later, no passing out. Not even cold wind blowing out of it. All that being said, definitely worth the visit. We went to the graveyard almost every day of our 10 day vacation. Parts of it are beautiful, parts are creepy, and the story of Greyfriars Bobby is cute and sweet. People even leave sticks for him so he can play fetch. He’s buried not far out of the graveyard, as close as they legally could bury him to his master, and marked with his statue. DO NOT PET HIS NOSE! Super frowned upon by the locals.

Thanks for sharing your experience!!