Welcome to the Atlas Obscura Community discussion of Glorified Rice. Ask questions or share tips, experiences, pictures, or general comments with the community. For the story behind this food, check out the Atlas Obscura entry: 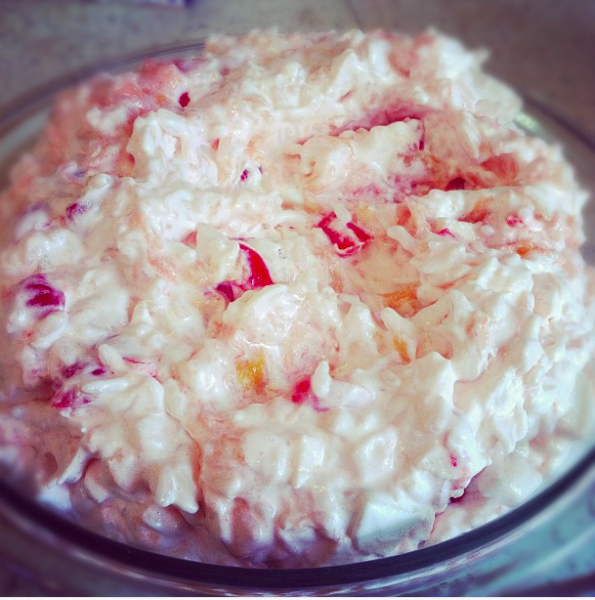 Behold, the Glory of the Upper Midwest's Glorified Rice Salad

It combines wild or white rice, marshmallows, fruit, and gelatin or whipped topping.

In the late 19th century when Scandinavian immigrant migrants settled in the Upper Midwest, they still considered rice a rare commodity and saved it Christmas morning. In the Nordic region, this has continued with dishes such as Risalamande (Danish name) or Ris ala Malta (same thing, Swedish name), a combination of rice, heavy cream, vanilla, sugar and oranges, which were also a rare and expensive import from China. It also includes a single random almond, and the person who finds it is designated as the next one to get married.

Savory gelatin and meat such as headcheese are traditional Nordic food, but the combination of fruit or rice and gelatin appears to be a uniquely American phenomenon. Jello was sold in Sweden 50 or 60 years ago, but quickly banned for its artificial colors and flavors. Non-dairy toppings like Cool-Whip are unknown outside of vegan or other special dietary groups. In addition, the concept of a sweet salad to start dinner is foreign to Nordic cultures.

Having been raised in both the Midwest and Sweden, I’ve never encountered glorified wild rice. I understand it’s technically not a rice or grain, but an aquatic grass seed, and question if it has the gelatinous qualities for glorified rice. I can, however, easily imagine it in a trendy vegan meatball, savory pie shell or non-dairy milk. 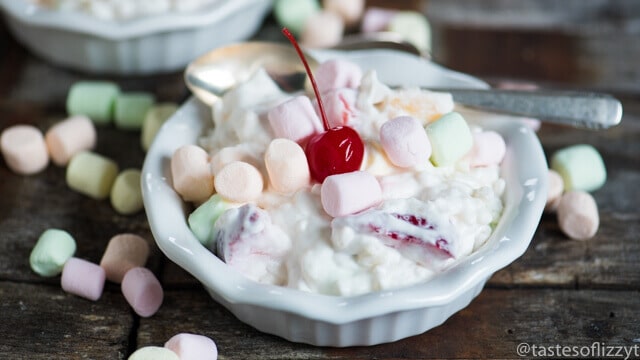 Old Fashioned Glorified Rice is a creamy dessert with marshmallows, strawberries, pineapple... and rice! A unique no bake recipe for summer picnics.