Welcome to the Atlas Obscura Community discussion of Guelta d’Archei in Chad. Ask questions or share travel tips, experiences, pictures, or general comments with the community. For the story behind this place, check out the Atlas Obscura entry: 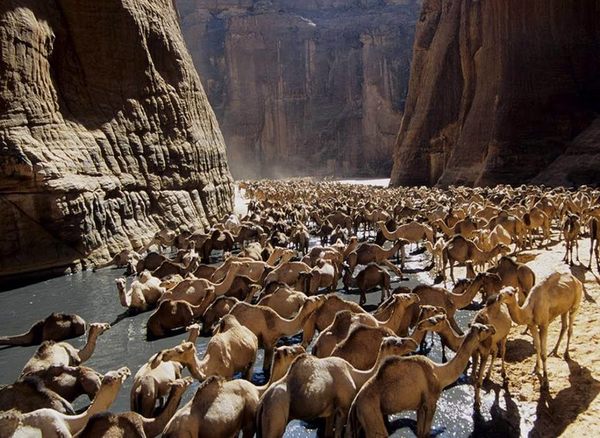 For centuries, caravans have stopped at Guelta d'Archei to water their herds.

Those photos were surreal and a four day camel ride to take some more make this a most tempting destination. Has anyone made this trip lately? My niece’s husband was pondering their next trip to some back of beyond place like this during our Christmas get together. This sounds just like what he had in mind so I’m going to forward this to him as a suggestion. Most of his considered destinations were pretty dicey due to geopolitical turmoil and Chad and Libya were that way when last I checked. I’d suggested Lop Nor in the Taklamakan but things began to go south in China. Is Guelta d’Archei a more viable choice right now?