Welcome to the Atlas Obscura Community discussion of Gunung Padang in Campaka, Indonesia. Ask questions or share travel tips, experiences, pictures, or general comments with the community. For the story behind this place, check out the Atlas Obscura entry: 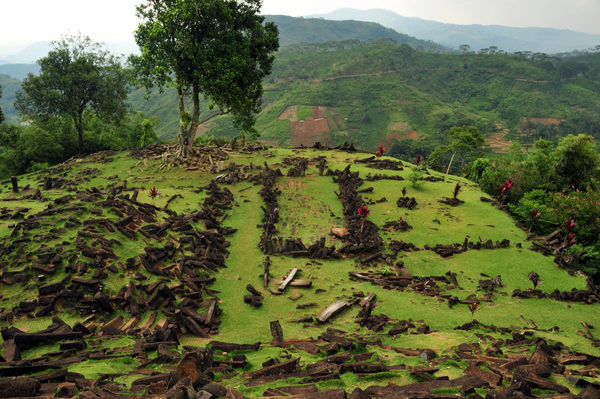 These broken shards of ancient ruin may hide an ancient pyramid.

Gunung Padang has been an uphill battle for acceptance since it was first announced in the public science news. Even geologist, Robert Schoch’s endorsement in his books and videos did not do much to turn the tide. As mentioned in this article, Gunung Padang has the potential of Gobekli Tepe in terms of a complete overhaul of human history. Even more if it gains a few more prominent supporters from mainstream science community and it seems that may happen sooner than later. See the latest Atlas Obscura article about the youngest homo erectus individual yet found in Indonesia. Coupled with numerous professional papers by international teams seriously rewriting human origins and migrations, Gunung Padang’s moment in the spotlight alongside Gobekli, Denisova and Jebel Irhoud may be nigh at hand. I certainly hope so because it has just made my top list of places I want to visit. Now don’t anybody go having a war there. LOL!