Welcome to the Atlas Obscura Community discussion of Harry P. Leu Gardens in Orlando, Florida. Ask questions or share travel tips, experiences, pictures, or general comments with the community. For the story behind this place, check out the Atlas Obscura entry: 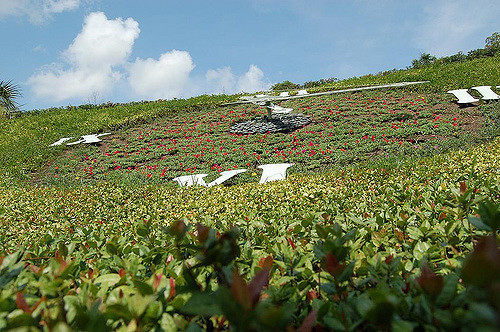 A vast array of tropical plants collected by a vacationing couple.

This is another must see while in Central Florida. Nestled in an urban area of Orlando. It is indeed a must see for all the exotic plant life. But to keep in the theme of obscure, checkout the family cemetery on the grounds.
The gardens are owned by the City of Orlando and are comprised of almost 50
acres of botanical gardens, an historic home (the Mizell-Leu House Museum) as
well as the small Mizell Family Cemetery. The Mizell family, who were early
settlers in the Orlando area, once owned the land. The Cemetery approximately
measures 25 by 40 feet, and is made up of some 36 graves, marked and unmarked.
It is believed that all of interments are Mizell family members. There are
only 11 gravestones with any information on them. In talking with the historians
at Leu Gardens, one finds that there is little information as to who else from
the Mizell family is buried here.

The Mizells moved to the Orlando area around 1858. David Mizell purchased land
on the south shore of Lake Rowena and started his homestead. He served in the
military during the Third Seminole War and later, during the Civil War. In 1868
he was made Sheriff of Orange County during Reconstruction. He was ambushed and
killed by members of the Barber Family in 1870. His family continued to live on
the property and in 1888 his son built the first part of the house that still
stands there today.

On the south side of the site there is a monument with the following inscription:

There are also 17 markers without inscriptions.
Please show proper respect to these graves.