Several weeks ago, we asked you all to show us what you found in the Smithsonian archives. Your searches didn’t disappoint—a “self-portrait without skin” and a DNA-sampling, sunglasses-wearing robot among the finds.

Now, the British Museum has opened its digital doors to the public, adding 1.9 million images to an online catalogue under a non-commercial, public access license. And Atlas Obscura needs your help to see it all. We recently dove into the archive to find a few of our favorite items from the collection, and now, we’re asking you to help us find some of the weirdest, wackiest elements of a collection crafted from one of the world’s biggest empires. With colonies around the globe and a tenure spanning centuries, there’s no shortage of oddities for us to examine in greater detail. Just a shortage in the number of hands available to sort through it all.

Please share your favorite finds with us below! Let us know why a particular object fascinated you, and we might take your suggestion to heart and dive into the objects in the near future.

I always liked this one. That glowering face seems to stare right through you. 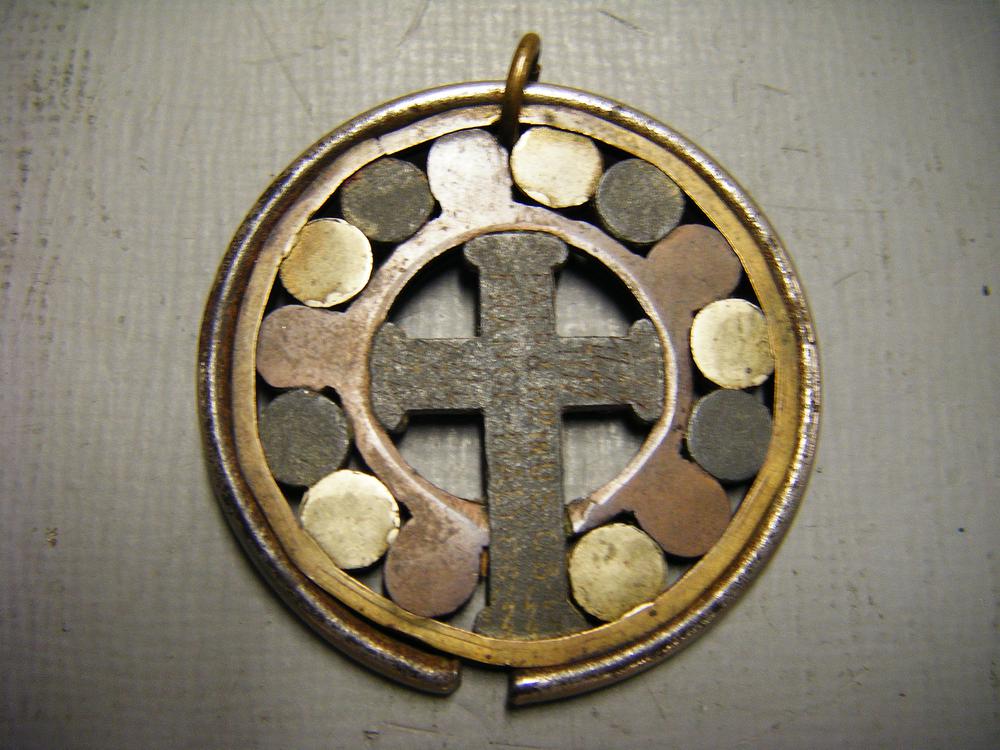 This is great! It’s some talismanic hoo-doo snake oil item but it’s super high-tech for its time. Made of dissimilar metals (I’m guessing iron, copper, brass, zinc?) it would constitute a galvanic battery, but only in the presence of some electrolyte. Sweat would do, I guess, if you wore it as a necklace. It does say they had to clean the green fuzz (galvanic corrosion) off parts of it.

It’s got a bit of the iron age to it; it looks a bit hand forged and a bit early Christian, but it also has that industrial age lettering stamped into it (with lightning bolts!) and it’s a battery. It’s a frikkin’ Celtic cross that shoots sparks! Real Indiana Jones stuff.

I think it fits in with that adventurous period when Utopian societies were big, and followed strict diets and exercise / work regimens. The Sanitarium Age; When science was going to be a tool in the perfectibility of man, but also the natural goodness of earth’s bounty (spring water, crystals, magnetic rocks.) This thing’s got it all!

EDIT: I forgot to include a link, and in searching for it again found a second listing for another one they acquired in 1995. 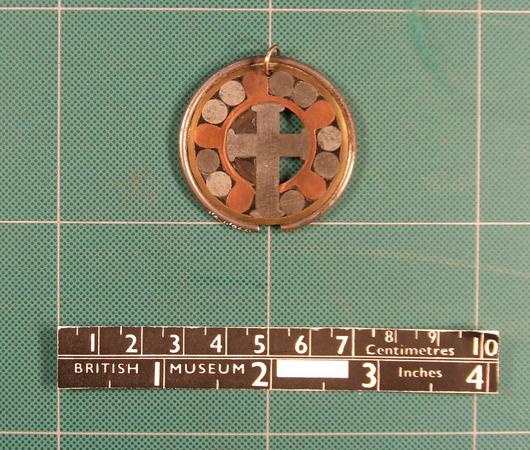 A Richardson's Magneto Galvanic Battery, patented for use as medicinal amulet. Made of various metals, including copper, brass and zinc. In the form of a disc with central cross, surrounded by circles. Suspension loop. 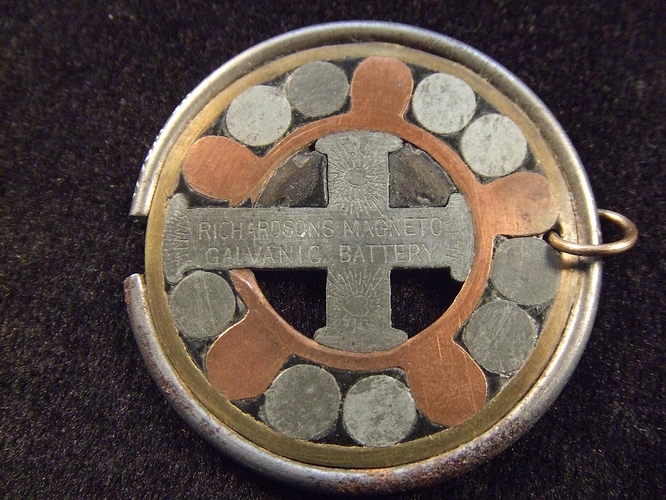 How did you access the collection ?
I could not find a way in on the Museum website.

I’m enjoying these guys so far: 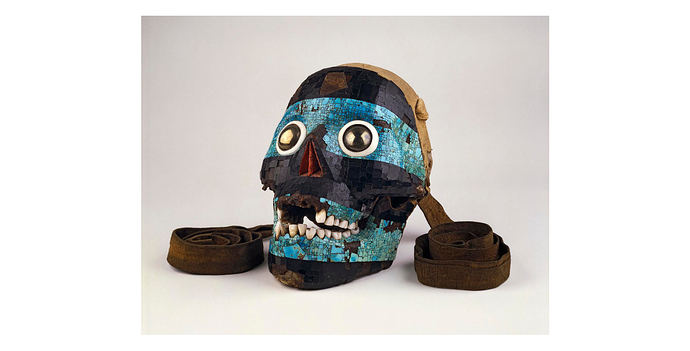 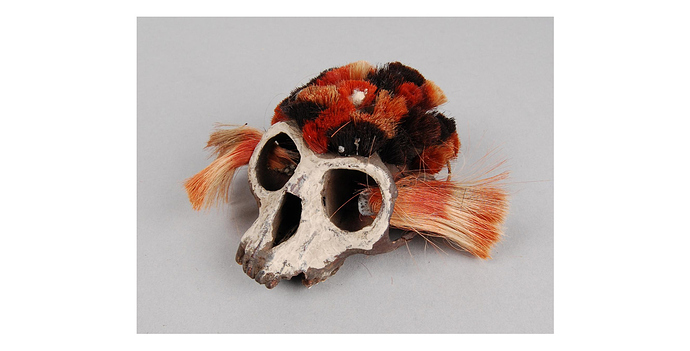 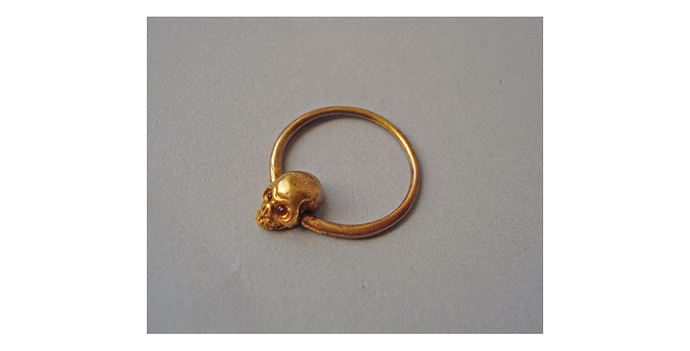 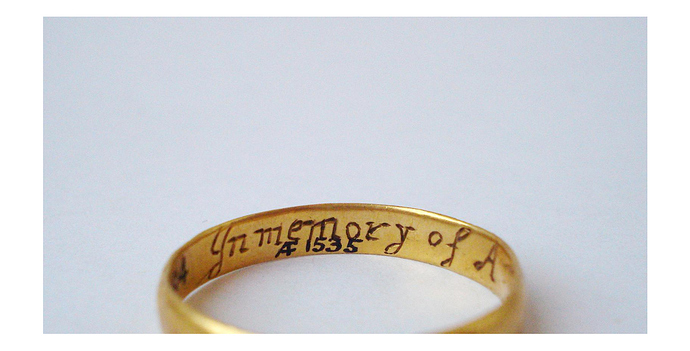 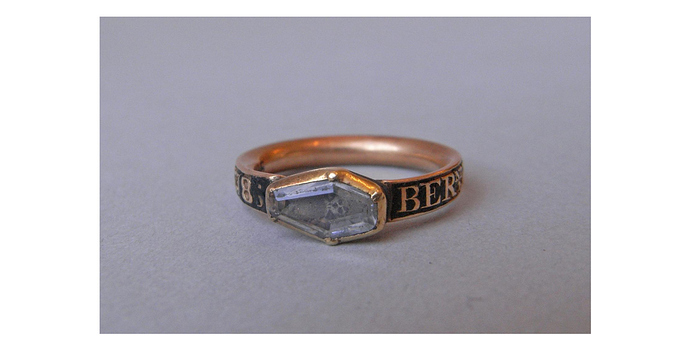 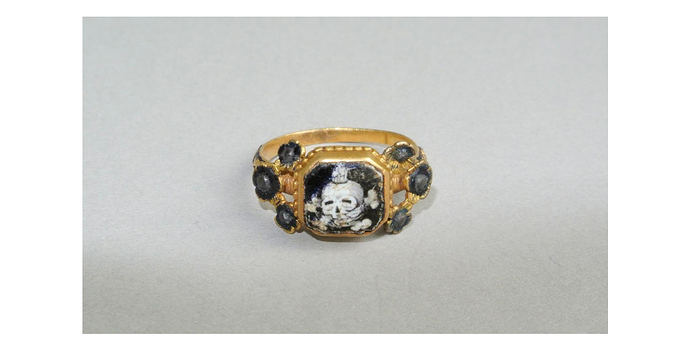 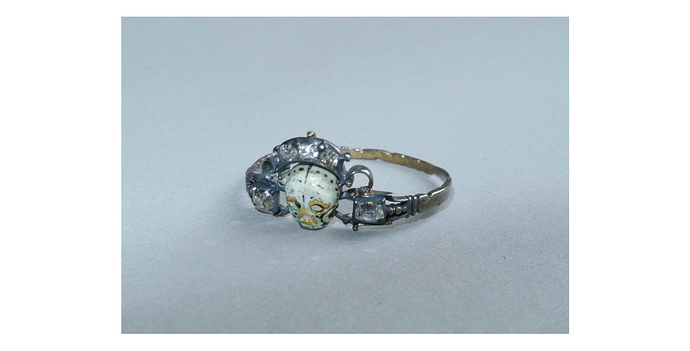 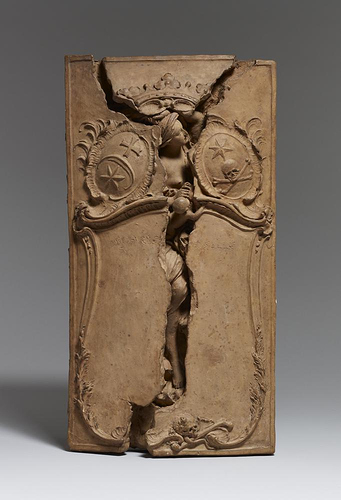 “Rectangular terracotta reduction of a sandstone monument of 1751 by Johann August Nahl (1710-95) in the church at Hindelbank, near Berne, Switzerland, commissioned by Pastor Georg Langhans in memory of his wife Maria Magdalena Langhans who died on Easter eve in childbrith at the age of twenty-eight. The tomb is shown opening up at the Resurrection as the mother and child beneath come to life. The upper surface is modelled with a cartouche to right of a skull and crossbones below a star in relief, and to left with a cartouche of a star surmounted by a crescent and a cross. Above the mother’s head is a crown and beyond her feet a skull and a bone. At the lower end of the upper surface at either side is a leafy scroll in relief, terminating in a simgle scroll. A scroll in high relief extends either side of the baby’s head as it rises up, placing its arm and hand above the central opening. The reverse is uneven, showing that the figures were inserted.”

Try this link—you can search into the collection using the various parameters, and if you click “Themes” a little ways down the page, the BM offers a few categories to start your exploration

Just a skeleton playing the drum. Nothing weird about it. 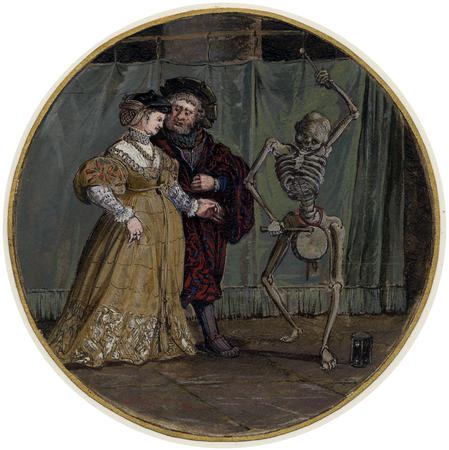 Dance of Death: the Nobleman, after Holbein; at left the nobleman standing with a lady, while Death beats his drum, a green curtain behind Brush drawing in grey ink and bodycolour, strengthened with gum 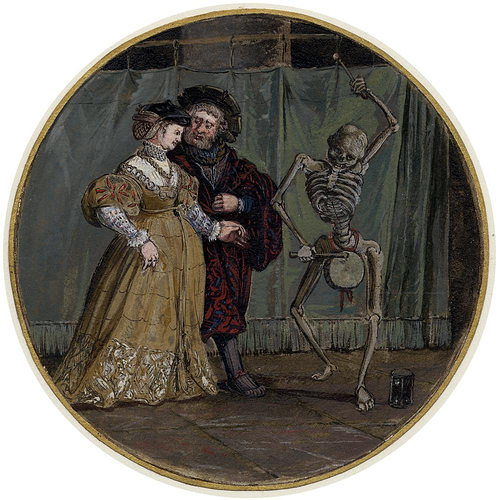 I love Dance of Death art, it’s so creepy and odd what was popular in the 17th century