Welcome to the Atlas Obscura Community discussion of Highgate Cemetery in London, England. Ask questions or share travel tips, experiences, pictures, or general comments with the community. For the story behind this place, check out the Atlas Obscura entry: 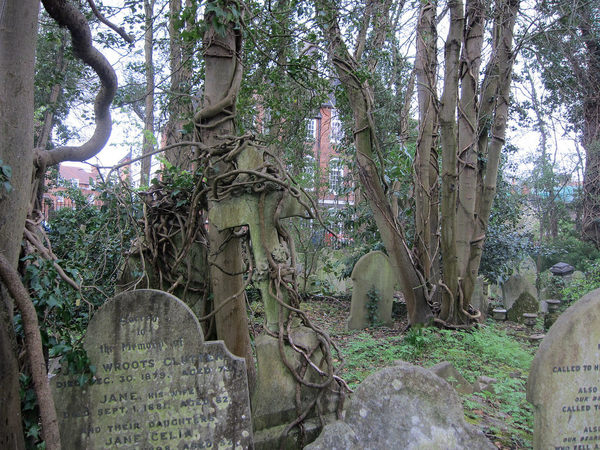 London's creepiest cemetery was once the site of dueling magicians and mobs of stake-carrying vampire hunters.

I visited Highgate Cemetery in late March, 2019. I booked a ticket for the West Cemetery tour, which wound through the otherwise inaccessible portion of the grounds in about an hour. The volunteer guide was knowledgeable and accommodating. 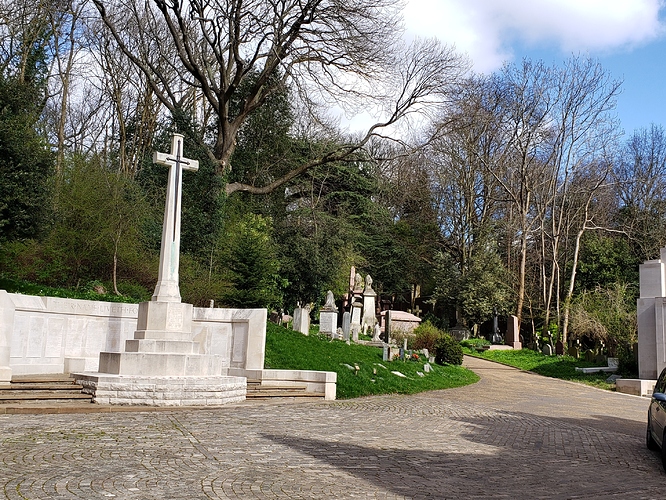 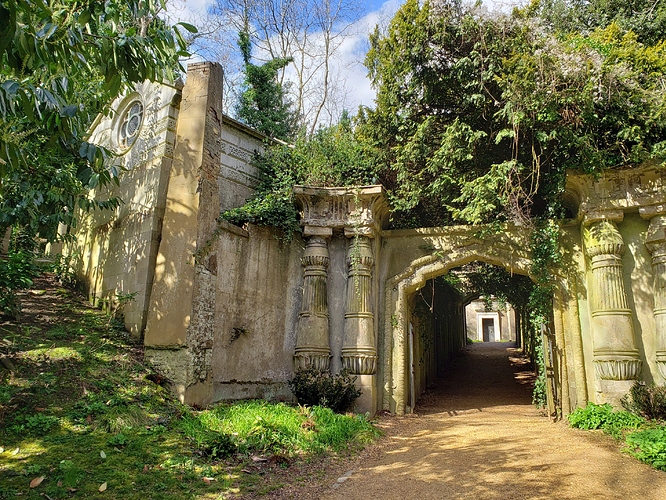 It was well worth the trouble to get there. I used Google Maps to find my way there from the Bloomsbury neighborhood (where I was staying) by bus. People were helpful any time I got turned around.

Thank you for the terrific pics!

It’s somewhere that I’ve been meaning to go for years. Alas, I’ll be waiting a little longer for an ideal moment. First of all, Karl Marx’s desecrated grave needs to be tidied up…

If you leave the Underground at Highgate Station, you can see, immediately above it, the definitely creepy remains of Highgate High Level Station. It sits in a cutting between two sets of tunnels, both of which I believe, are used as hibernacula, and are so sealed to visitors. Although the tracks have long been removed, people still claim to hear trains running through the tunnels at night, even after the tube has stopped running. If you are on a guided tour of the old part of Highgate Cemetery, it’s best not to mention the 1970 ‘Vampire’ fiasco. It’s still a sore point with the Friends Of The Cemetery. Most of the blame can be put on the ‘Red Top’ newspapers of the time, and the actions of the ruthlessly publicity seeking Sean Manchester. Not a ‘Magician’ as the article says, but more of a publicity seeking fantasist. The cemetery is a great place to visit, whichever side of Swains Lane you choose.

This is a terrific view into the place! Thanks so much, @djphatnaqqa!

Why has the cemetery been left to go to wrack and ruin as it has? It seems odd that the city hasn’t maintained it. If my ancestors were buried here i would be very sad to see it like this.