My fiance’s father is a huge culinary history buff, and everywhere we travel for family vacations, we have to eat at local, historically-important restaurants. When we vacationed in Los Angeles, we ate at Musso and Frank’s. On a trip to Spain, we dined at what is purported to be one of the oldest restaurants in Barcelona, and when we were in Connecticut for my fiance’s college graduation, we had dinner at the oldest continuously-operated restaurant in the United States.

I love this tradition, and I’m really curious to see what other historically significant eateries around the world that people have come across or put on their to-do lists!

Here are another two suggestions:
Rules Restaurant - Rules was established by Thomas Rule in 1798 making it the oldest restaurant in London - be sure to go upstairs first for a drink before dinner…
The Old Forge - With no roads in or out, an 18 mile hike over munros or a 7 mile sea crossing, the The Old Forge in Scotland is the remotest pub on mainland Britain (Guinness Book of Records). All their seafood is locally sourced, sustainably caught and from a 7 mile radius of Knoydart.

Le Precope in Paris is a classic of this category. I suggest going early in the evening so you can roam around looking at the different rooms and paintings without scandalizing any French diners!

And on the off chance you’re ever passing through the Boston suburbs and make it to my hometown of Sudbury, Massachusetts, you should have dinner at the Wayside Inn, which is as colonial America and Founding Father-y as it gets.

If you ever find yourself in Montana, you’ll be able to visit the Pekin Noodle Parlor in Butte. It’s said to be the oldest continuously operating Chinese restaurant in the United States - and in Montana no less! I learned about this place, and the history of Chinese food in American as well, in a fabulous exhibit at the Museum of Food and Drink in Brooklyn, which may be my favorite museum of all time. 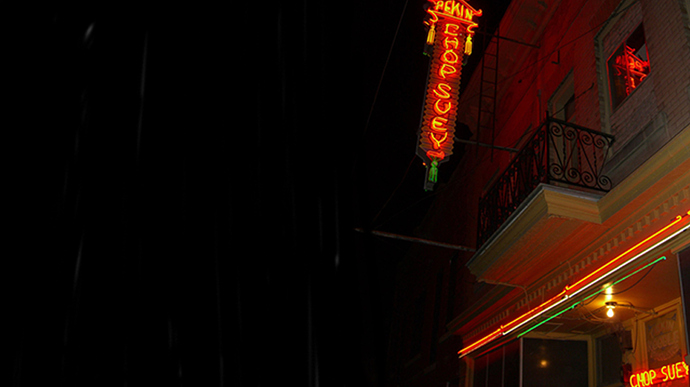 The Pekin Noodle Parlor in Butte, Montana has thrived since 1911.

Definitely on my list is Stiftskeller St. Peter in Salzburg. The first mention of it is during the era of Charlemagne in 803 AD. So it’s likely the oldest restaurant in the world.

I kick myself for not getting to Cafe Landtmann in Vienna when I was there. That was the spot to sit around and argue politics in the early 20th century. And considering everyone from Stalin to Trotsky to Freud to Mahler to Klimt to Hitler lived within two miles of it at the same time, they may very well have all convened there.

Lafitte’s Blacksmith Shop (a bar, not a restaurant) in New Orleans is the oldest bar in the US. Pirates got in fights there, and it looks like it. They have the original bar, which dips in the middle from years of glasses being slammed down on it.

I went to Hofsbrauhaus in Munich, which is mostly a tourist trap, but historically worthwhile. Oldest beer hall in Munich and (very unfortunately) where Hitler really got started in his career of screaming like a maniac.

How could you go to LA for historic and old restaurants and not go to Philippe’s (founded in 19o8) and home a a great french dip sandwich? It is right next to Union Station and Chinatown, so if you are taking the train, this stop is a must. Close to City Hall too, so you will see a lot of local politicians, workers, police officers, etc. eating there. https://www.philippes.com/

Or Cole’s (per invention of the French Dip). They’re still fighting about it. But the good money is on Phillipe’s. 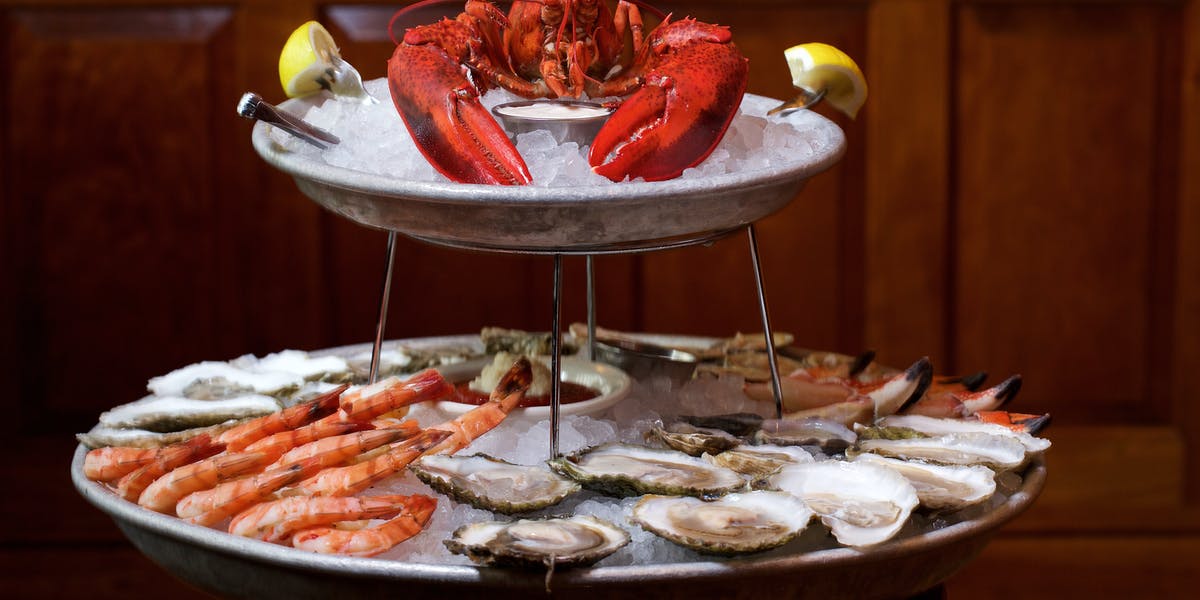 The knock against this place is that it has moved locations a few times, but the history is still compelling. Many important people in US history ate, drank or stayed at the boarding house. Back before the days of intensive secret service details and security protocols it wasn’t unusual for a President to walk over from the white house for a drink. Several US presidents were regulars.

In this day and age it’s hard to imagine walking down to your local bar and seeing a current President of the United States sitting at the bar with a beer.

The Knife and Fork Inn in Atlantic City, New Jersey

This one is a place I just submitted for addition. The original name is the New Hall Inn, but it’s called The Hole in T’ Wall. It’s located in Bowness upon Lake Windermere in England. It is a pub opened in 1612 and has been in continuous operation since. It’s claim to fame so to speak is that Charles Dickens frequented the establishment while staying nearby on his extended trip to Cumbria. It’s a beautiful old pub in it’s own right with a colorful history. Originally the pub was separated from the blacksmith’s shop next door by a common brick wall. At some point a hole was knocked in the wall so that the blacksmith could reach through and have a beer while he was working. Hence the pub became known by it’s moniker. 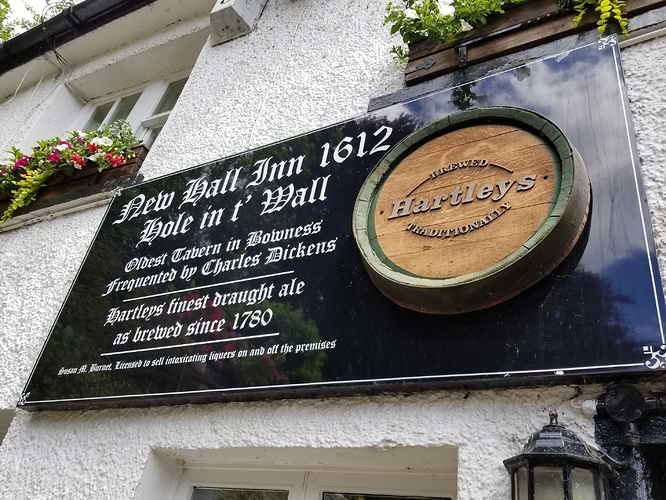 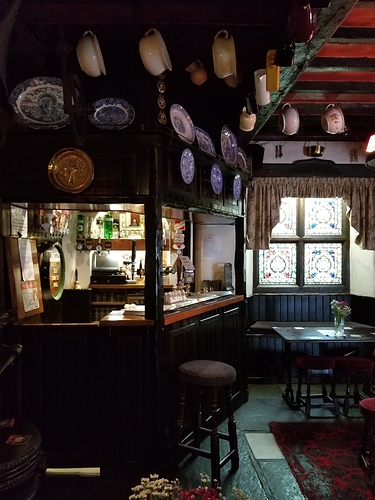 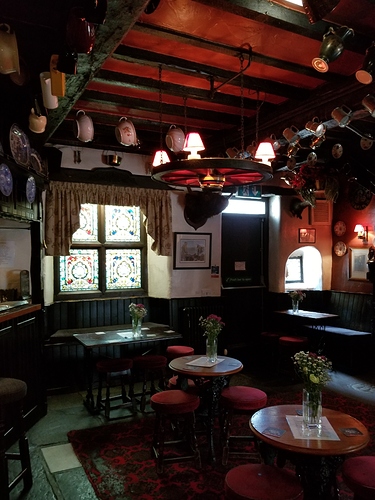 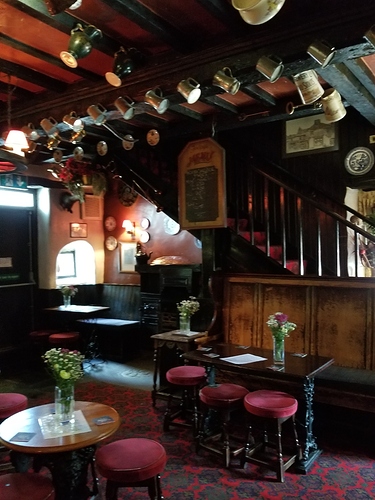 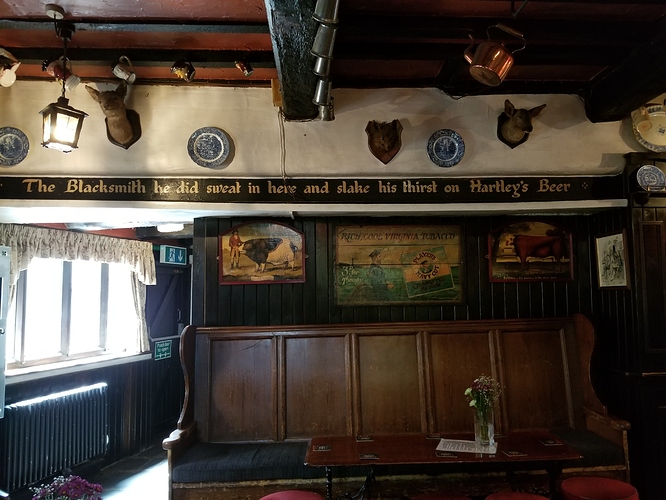 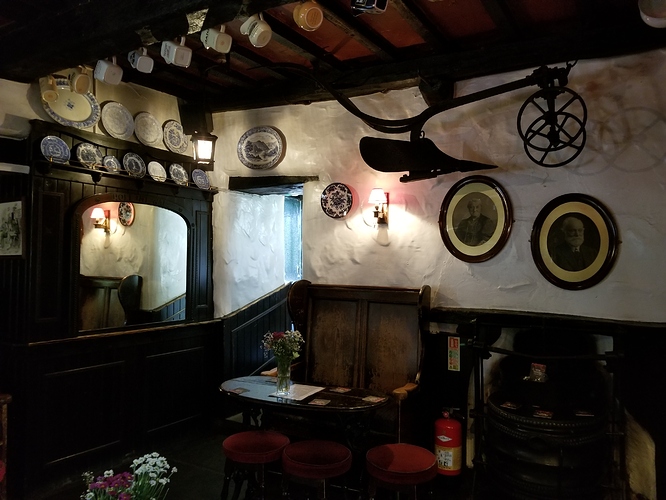 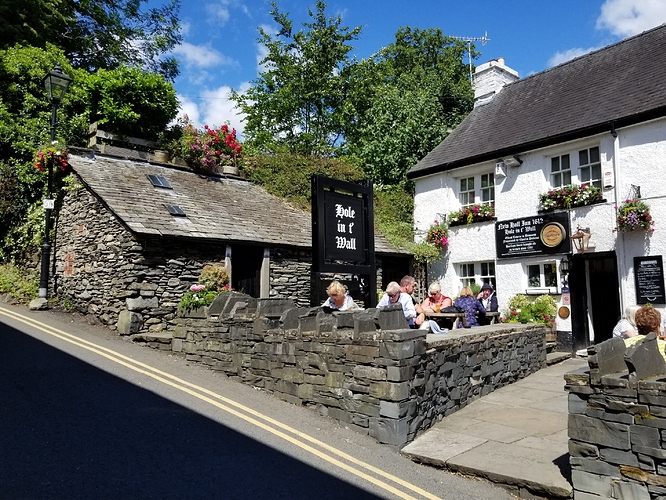 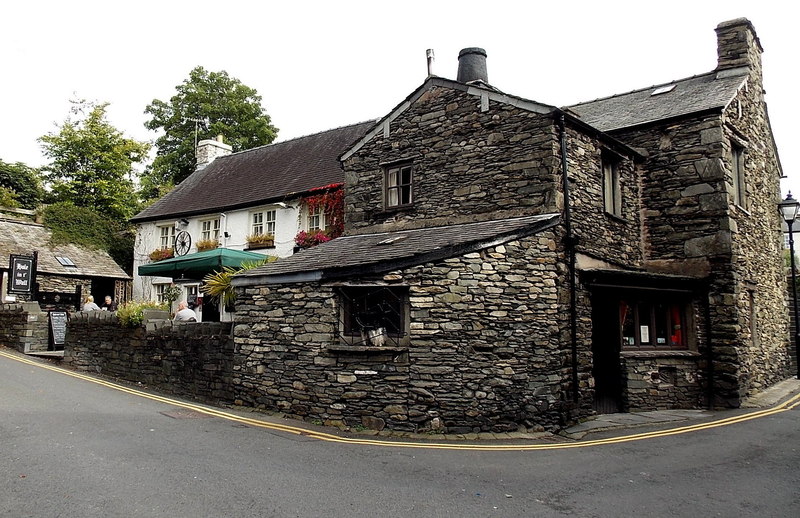 Lhardy, was inaugurated in 1839. It is one of the oldest restaurants in Madrid 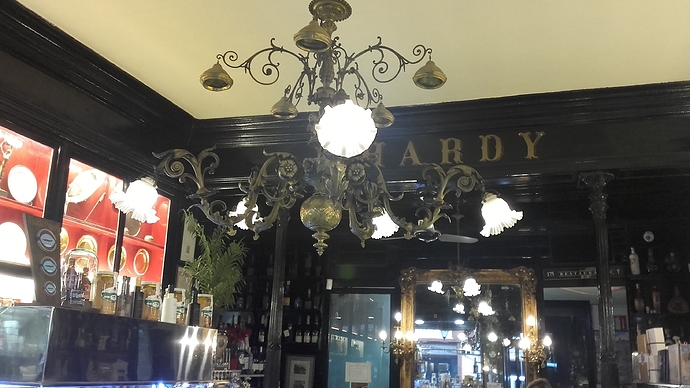 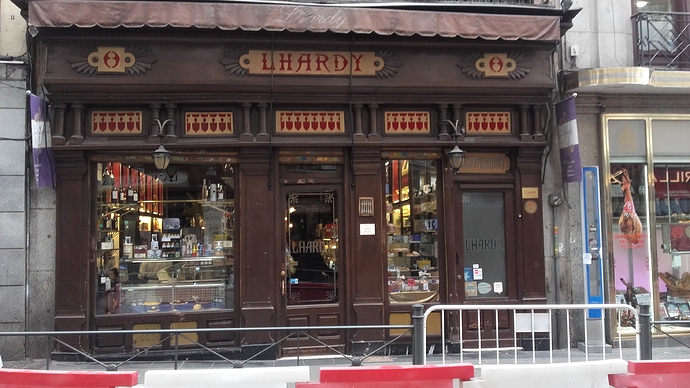 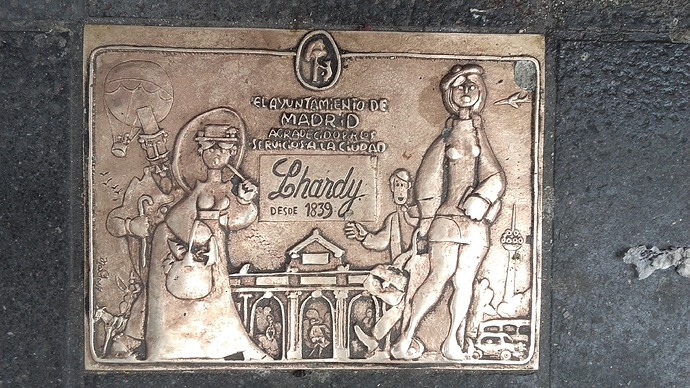 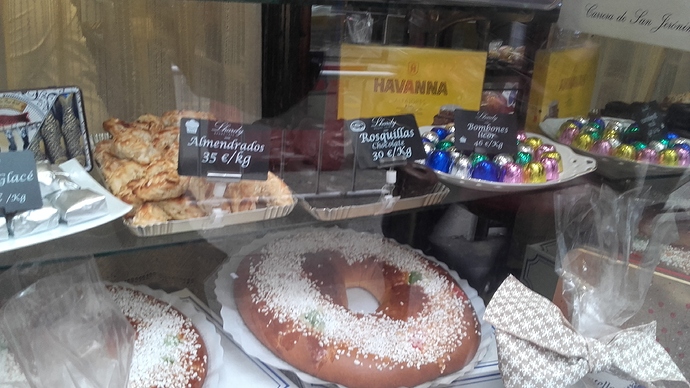 +1 for St Peter’s in Salzburg 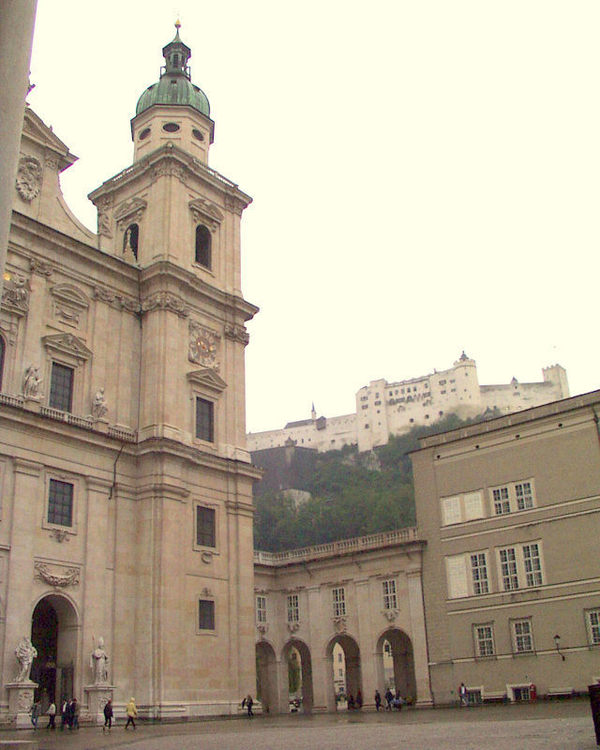 Quite possibly the world's oldest restaurant.

And for just remote funkiness 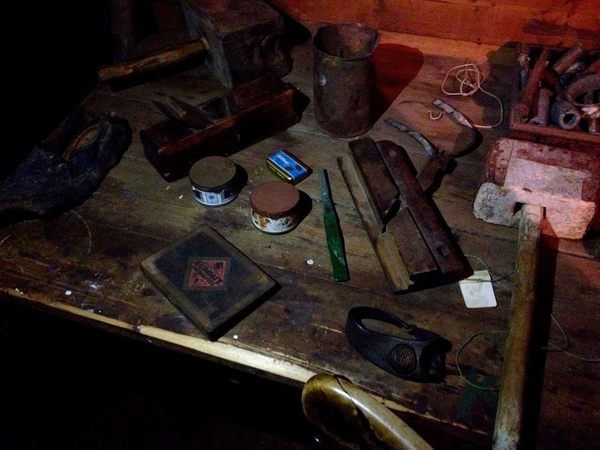 This remote eatery and museum is preserved as a time capsule of a small Icelandic fishing town.

Griechenbeisl in Austria is also a fun one - it’s a little touristy, but only because it’s been visited by some of the world’s greats! Vienna’s oldest tavern has served everyone from Mozart to Mark Twain to Johnny Cash, and those famous guests left their signatures on the walls for ordinary guests like us to see. 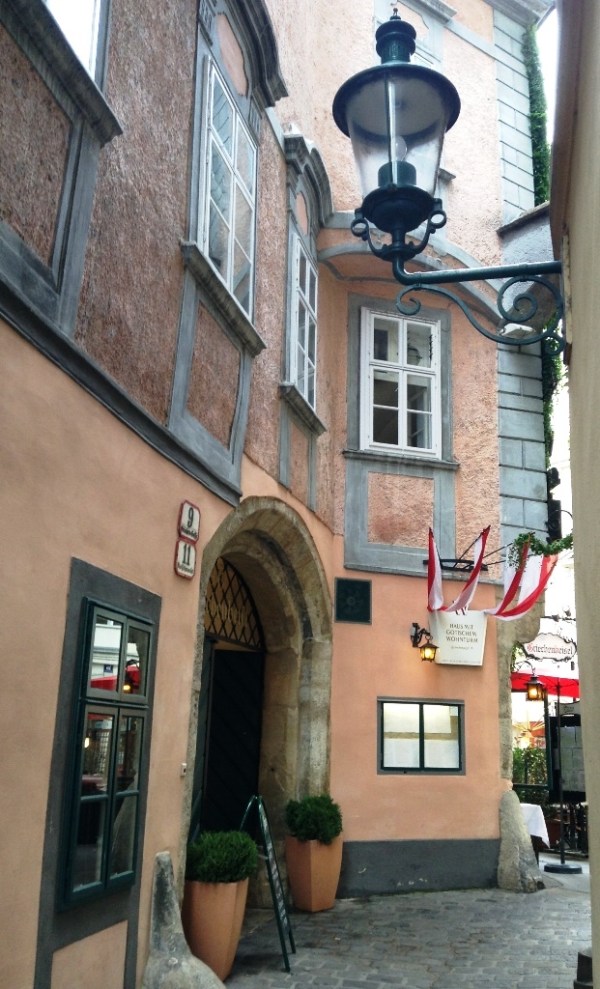 IF THE WALLS COULD SPEAK - A SCHNITZEL WITH TURKISH INVADERS, AMERICAN WRITERS...

Vienna's oldest tavern, the Griechenbeisl, is over 500 years old and a great place to eat, drink and rub elbows with the spirits of former guests ranging from Mozart and Beethoven to Mark Twain and Johnny Cash.

The Golden Lamb in Lebanon, Ohio. Twelve presidents and numerous other famous types have visited here.

Fraunces Tavern, if you’re in NYC - it’s a Colonial-era tavern/restaurant (54 Pearl St / @ corner of Pearl and Broad) two blocks from the Stock Exchange/Wall St/Federal Hall. Founded in 1762, it’s where members of the Continental Congress met - George Washington included. It’s both frequented by locals as well as tourists and is a great place to stop in if you’re visiting the city. The restaurants on Stone Street (practically hidden from view, but just around the corner) are also well worth checking out even if they aren’t historically important).

Agree about St. Peter in Salzburg. The lore around it is that it’s where Mephistopheles met Faust, which happens to be my last name. We made a reservation when we went there, and when we told them our last name they kind of rolled their eyes, like, “ha ha…good one.” Anyway it’s a cool place!

The first that comes to mind is the Med (Caffe Mediterraneum) in Berkeley – but unfortunately it closed down in 2016. It was famous for being a gathering spot for beat poets and activists in the 1960s, and it’s where Allen Ginsberg wrote Howl. I never ate there when it was open, but I did visit because it’s where my psychology professor at UC Berkeley held his office hours!