Welcome to the Atlas Obscura Community discussion of House of Nicolas Flamel in Paris, France. Ask questions or share travel tips, experiences, pictures, or general comments with the community. For the story behind this place, check out the Atlas Obscura entry: 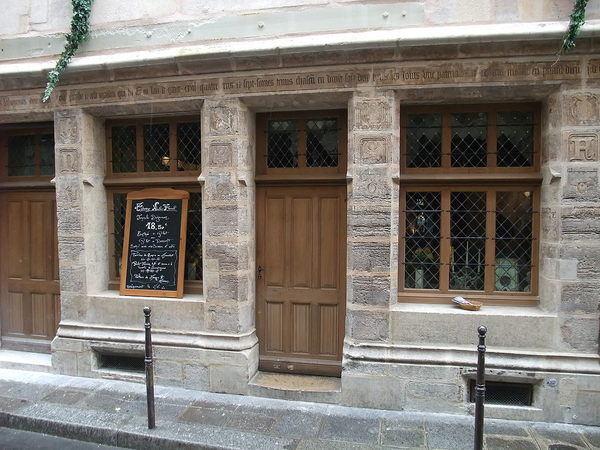 The oldest stone house in Paris was built by its most famous alchemist.

This Atlas Obscura entry BEGS for a mention of something in current culture that re-popularlized Nicolas Flamel, but which most people don’t connect, since we tend to think about tourism of Paris separately from the works of J.K. Rowling.

The real Nicolas Flamel is brought into the Potterverse as himself, but there the alchemy is true. Flamel appears in the Potter books, and also in Fantastic Beasts. He is credited in that universe as the inventor of the Philosopher’s Stone which converts cheaper metals into gold, and for having discovered immortality. Thus, he is found alive in the Potterverse.

Note that in USA versions, the Philosopher’s Stone is called “The Sorcerer’s Stone”.

Anyway, here’s a better write up that I could do, if you want to read more.
https://www.ign.com/articles/2018/11/15/nicolas-flamel-explained-who-is-the-harry-potter-and-fantastic-beasts-character

Don’t sell yourself short this was a great write up, Im a huge potter fan and I had no idea that character had foundation in reality. You gave me something to nerd out over the weekend!!

When I walked by it seemed to be a restaurant now. Has anyone been inside?