Welcome to the Atlas Obscura Community discussion of Huis Doorn in the Netherlands. Ask questions or share travel tips, experiences, pictures, or general comments with the community. For the story behind this place, check out the Atlas Obscura entry: 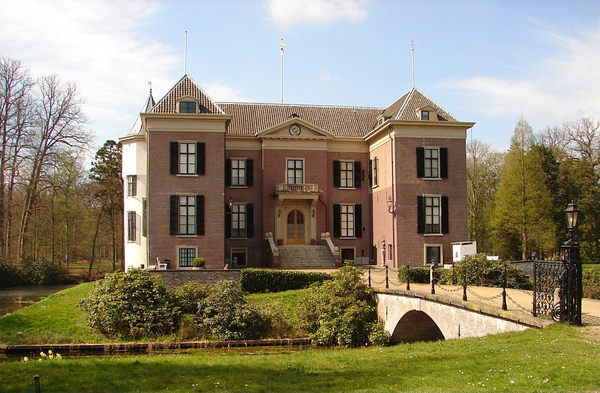 The elegant manor house where Kaiser Wilhelm II lived in exile after World War I.

I don’t think that Kaiser Wilhelm will be leaving that mausoleum any time in the near future! Did the Kaiser have any contact with the Wehrmacht when they invaded Holland in 1940?

He did! There are quite a few photographs and amateurfilms of German Wehrmacht soldiers paying a visit and tribute to the Kaiser. Have a look here for example: Beeldbank.

As i understand there was an awkward relation between the Nazi regime that occupied the Netherlands and the Kaiser. He was somehow tolerated because many soldiers and officers fighting in the Wehrmacht had also fought for the Kaiser-regime in World War I. He was also a symbol of the former grandeur of Germany. Much like a former pope or king is treated, not in function but still highly respected.

His funeral in June 1941 was attended by his immediate family but also by representatives of the German occupiers in the Netherlands; various generals of the Wehrmacht and former generals of the former imperial army, including the then 91-year-old August von Mackensen. Wilhelm’s wish not to show swastikas at his funeral was not granted. Hitler had a huge wreath delivered: the mourning ribbons on it were adorned with this Nazi symbol. Among the few hundred people present was also a Dutch photographer who, despite the strict security - the occupier was on guard in front of the gates - was able to make a photo report. Here you can find more: Death of Kaiser Wilhelm II: June 4, 1941. | European Royal History

Here is a picture of several high dignitaries of the Nazi regime attending the funeral: Wilhelm II van Duitsland - Wikipedia