One of my lockdown distractions has been going back on some of my writings, including AO entries (and those that did not make the cut). Food-wise, it seems ice cream is something of my Achilles heel as I’m 1 out of 3 for published ones. Whenever I visit a new place there are 3 foods I’ll usually seek out in addition to any proper local specialties. I will try to find a). a unique variation on pizza, b). a few packets of potato crisps/chips and finally c). the local frozen dessert. As such, I wanted to share these unpublished Mexican ice cream texts so we can start a conversation (somewhat inspired by the former forum feature of New Flavors Club) on the versatile king of frozen foods.

Nieves (snows), differ from traditional European ice creams by having a lower fat content and a crunchier texture caused by ice crystals. While a majority of nieves are not milk-based (comparable to sherbets), some traditional flavors do include dairy. 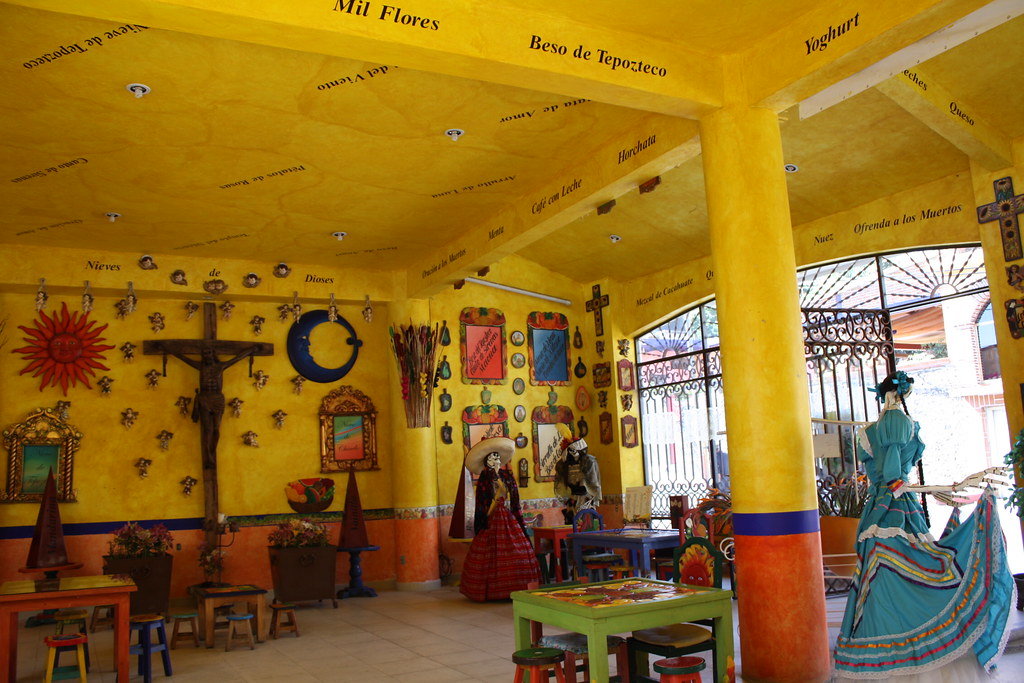 The states of Oaxaca and Morelos (location of Tepoztlán, namesake of Tepoznieves) are known for their nieves traditions, specially poetically-named, dairy based creations like Beso de Ángel (Angel’s Kiss), Beso Zapoteco (Zapotec Kiss) and Leche Quemada (Burnt Milk, very different from caramelized milk). In these states, nieves are commonly found on roadside stalls during the warmer months. 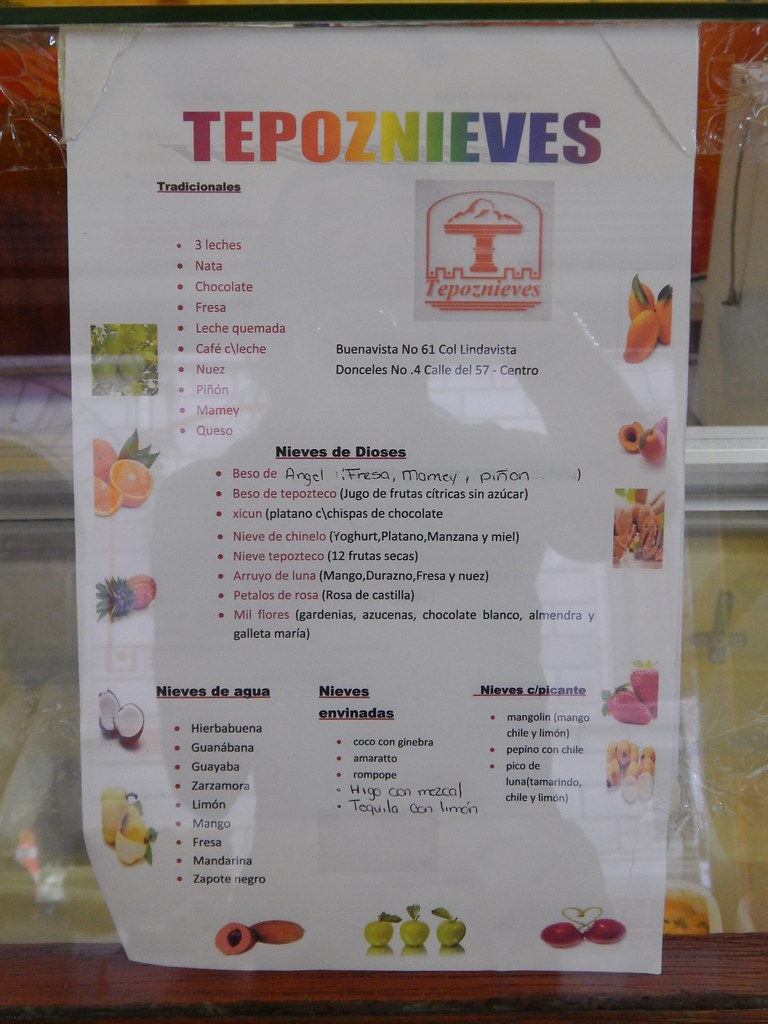 The ice cream chain Tepoznieves takes this tradition further by having come up with other recipes like Enchantment of the Moon, Thousand Flowers (with petals of the Day of the Dead flower cempasúchil) and Mermaid’s Lullaby. It has also embraced the Central Mexican recipes of vegetable nieves (like beet and cucumber), often served with the local street snack holy trinity of lime juice, salt and chilli powder. 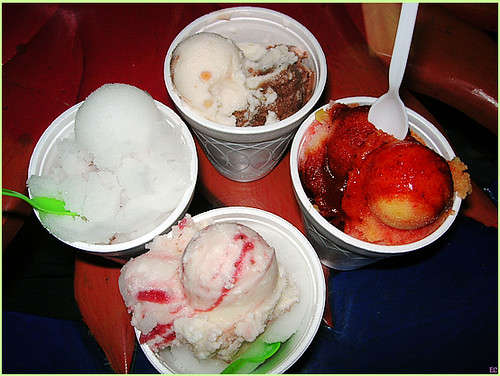 Their flagship stores in Tepoztlán, are known for their large tables and chairs, carved with an assortment of figures and scenes painted in bright colours as well as seasonal displays for dates like Day of the Dead and Christmas. Teir neverías can also be found elsewhere in Morelos state and Mexico City. 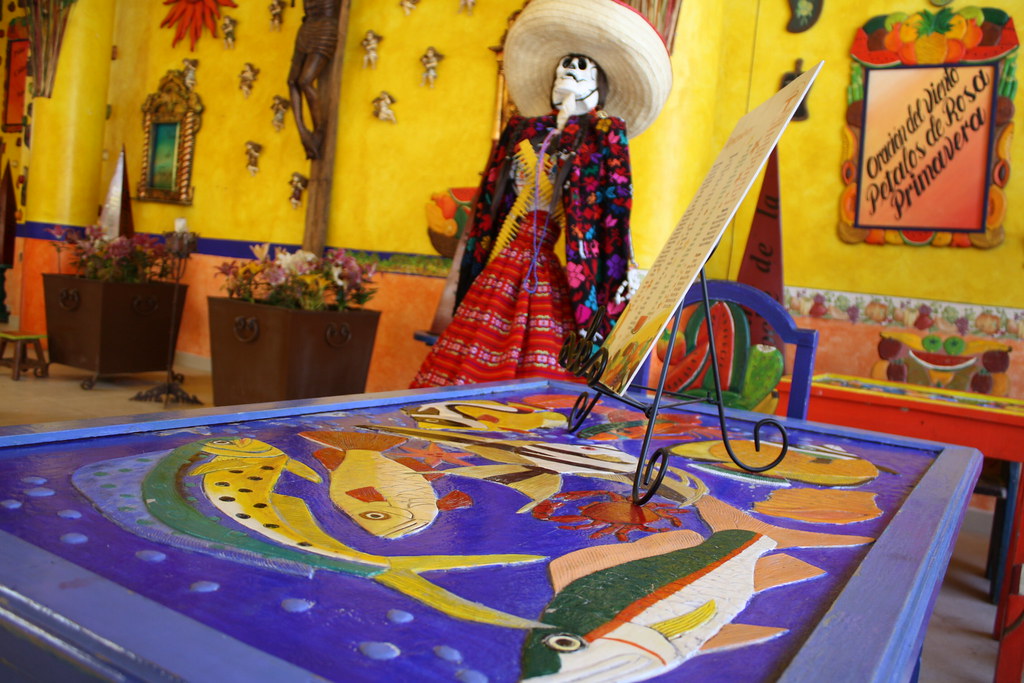 While Mexico is known for its many deep-fried, decidedly non-diet street food selections, one of the most popular options among locals happens to be one of the simplest and healthiest: cups of chopped fruits and veggies sold with a sprinkling of salt and chili powder and/or salsa and freshly-squeezed lime juice. The Pachuca-based ice cream shop of Los de Revo saw this light offering and decided that it needed two things: sugar and freezing. 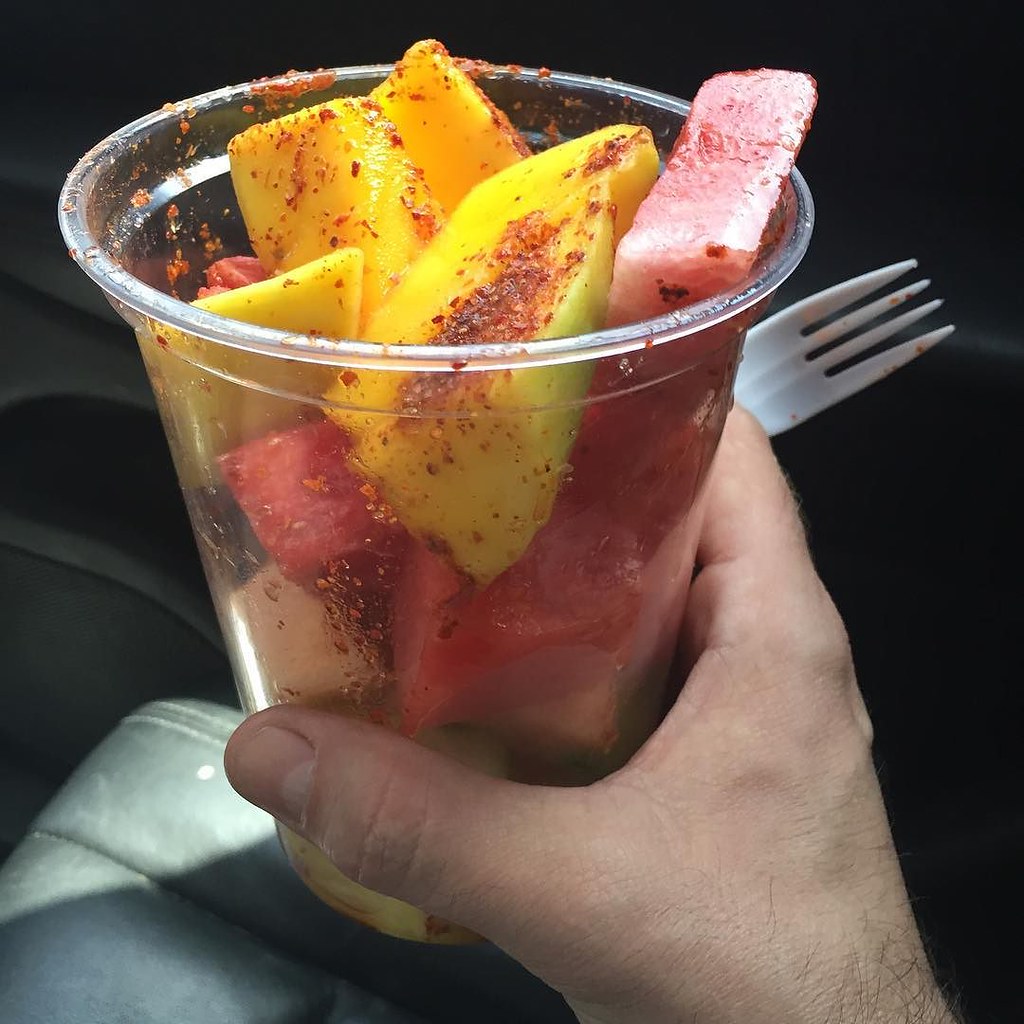 Los de Revo follows in Mexico’s tradition of neverías, places that sell the frozen desserts collectively knowns as “nieves”. Dairy-based ice cream and popsicles are sold alongside juice-based ones and ice-cold aguas frescas in neverías. “The Ones from Revo” (Revo being an abbreviation of Revolución Avenue, where their shops are located) offer more traditional nieves fare like strawberry and mango, but the real stars of the show are sherbets based on produce like carrot, beet and jícama (a local tuber whose raw taste is compared to apple mixed with raw potato), which feature bits of the vegetables themselves for an al dente touch. 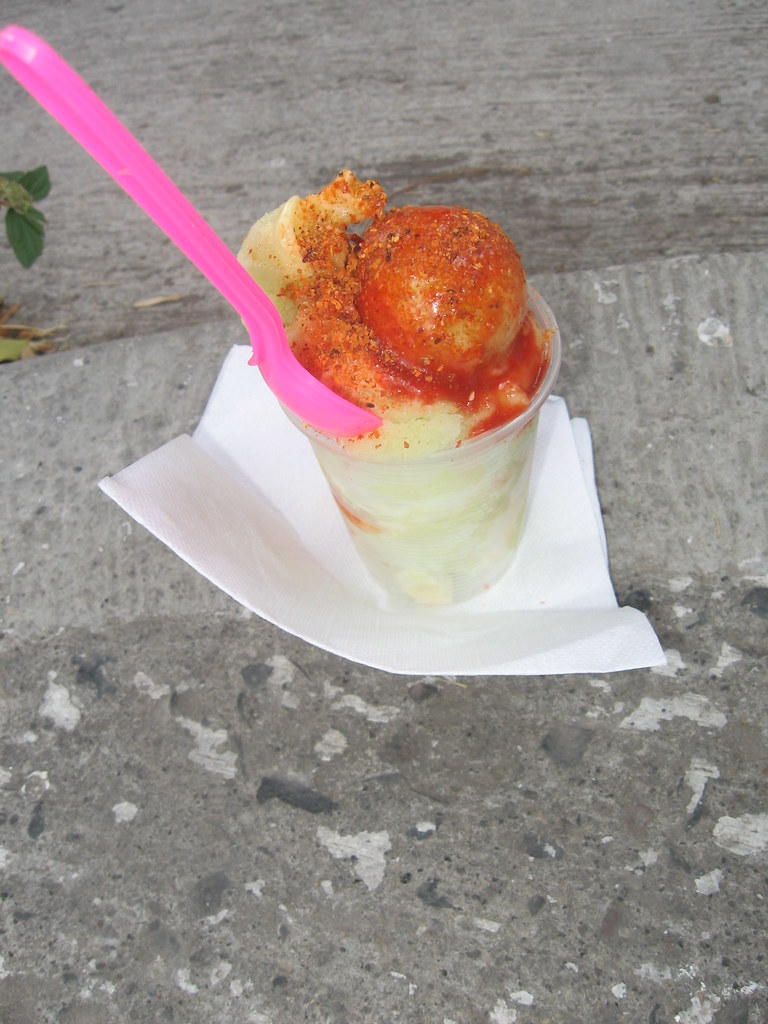 While carrot and cucumber desserts are not that rare in the country and probably were not first prepared here, some of Revo’s most out-there flavors like lettuce, celery and alfalfa might well be their innovation. Serving these sherbets takes a queue from the street preparations that inspired them, and the holy trinity of salt, lime juice and chili powder is available in order to give these desserts an extra kick of uniqueness. 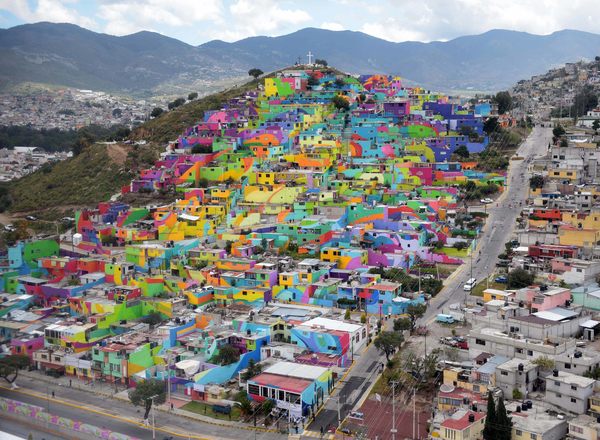 Cool and Unusual Things to Do in Pachuca de Soto