Just posted a YouTube video showing you four ways to get to Devil’s Gate in 2020! 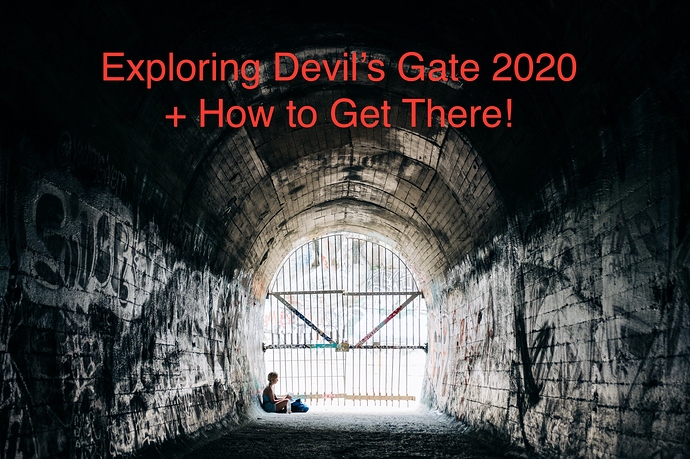 Thanks for posting that. It reminded of an online conversation I’d had couple of years ago in which people were discussing how terrible Los Angeles had become. I had commented that contrary to those views, I’d always retained pleasant memories of my visits there, the last of which had been around 1974. All kinds of circumstances had intervened since then preventing me from returning but at the time I’d found myself wishing I could see LA just one more time. It seemed impossible then and a line from an old Waylon Jennings song kept popping into my mind.
Drinking and dreaming, knowing damn well I can’t go
I’ll never see Texas, LA or Old Mexico
An old friend who had lived and worked in Los Angeles for decades was preparing to pull up stakes and move to Arizona, added further discouragement saying: “It’s not the way you remember it, Tex.” Maybe it wasn’t but when I least expected it I found myself in LA in the middle of the night switching buses to Sacramento to meet my sister. It was pitch dark as the bus meandered through dimly lit streets toward the highway north and I suppose that glossed over a multitude of bad scenes. But I found myself thinking LA hadn’t changed that much and I would not mind coming back in the daylight for a more leisurely tour. Now despite the high improbability, I’m thinking “It could happen.”