I had fun exploring the castle in Carcassonne, France, by myself. It was off-season (winter) and a misty morning. I went out first thing and had a lovely ramble by myself. It’s a large castle with some tourist shops inside, took a good while to explore on foot.

I always remember this place - spent some time growing up in US and there was this wonderful place on the edge of Lexington, Kentucky. Story I was told at time was it had been built by rich couple, they’d divorced before it was finished and it was then used as a pig farm. Glad to see it has been repurposed into a fancy venue for weddings and special events. https://images.app.goo.gl/AJSaQwGu2dG87XT38 Just really to add that castles come in some really strange places.

Its been said that Queen Mary planted the Yew trees that are growing over the gentleman’s head. Yew tree were known to contain medical, as well as mystical properties. looks as if you were blessed with a rare day of glorious sunshine.

If I had two castles/palaces to go to before I move into my own palace in the sky, it would definitely be both Neuschwanstein Castle and Seville Alcazar, Seville, Andalusia, Spain. I love the Moorish interior, and I’m sure there are other castles/palaces out there that might come close to these. If there are, I’m sure I am doing them injustice by forgetting them.

One of my faves is Corvin Castle (Hunedoara) Castle in Transylvania - Romania. One reason is when i visited around 10 years ago no one was there and i was able to roam around the castle with no people in sight. 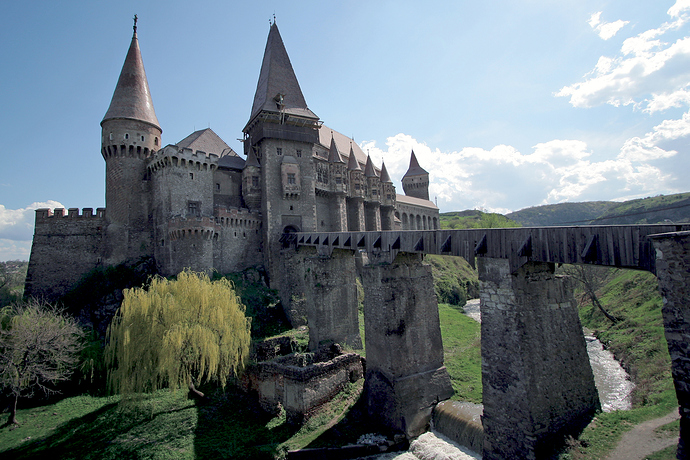 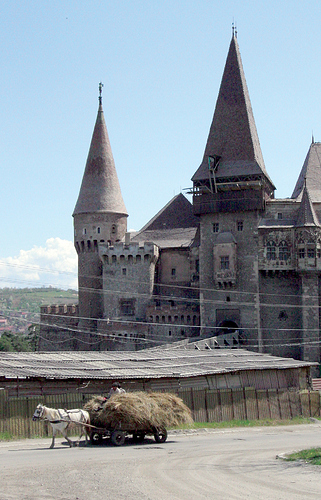 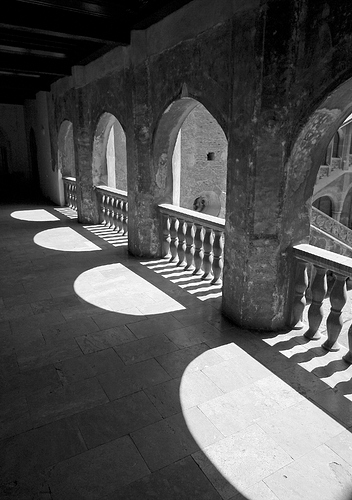 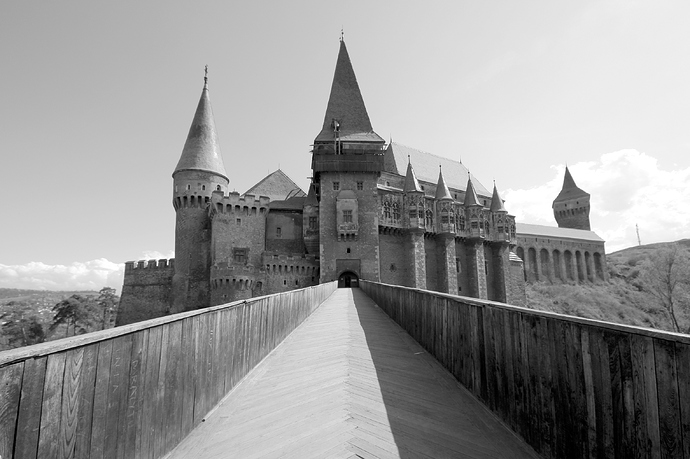 Tough choice, where I’m from we have more castles than we have Starbucks which would disappoint Daenerys. Have to give a shout out to the castles of Edward I, four incredible castles all within an hour of each other and considered the finest examples of medieval architecture 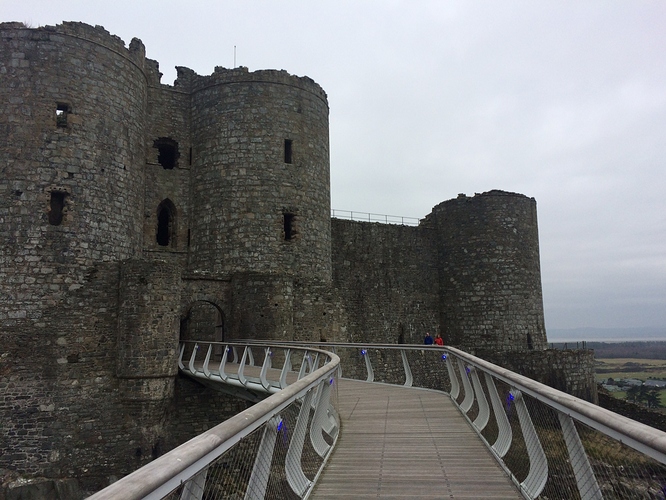 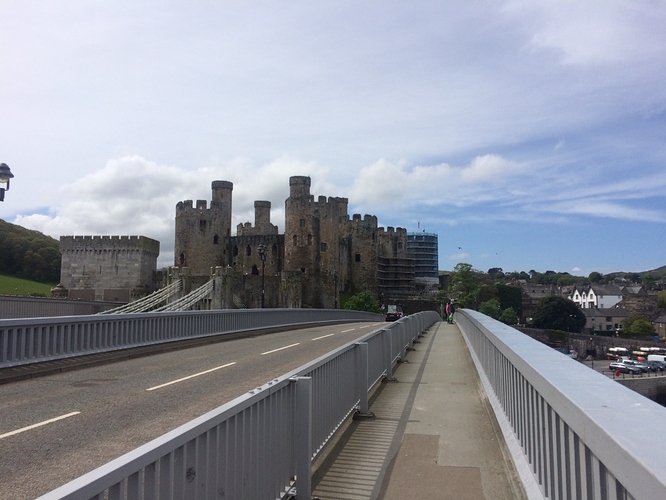 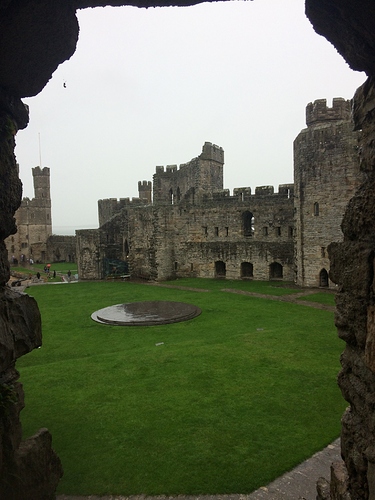 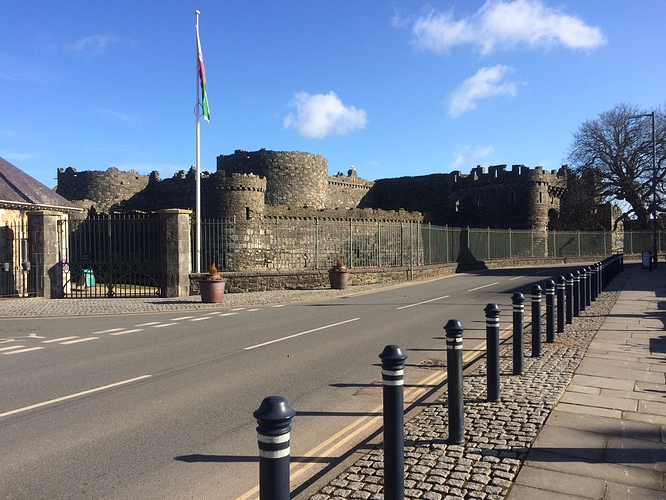 Its not my favourite castle of all time , but I’m quite fond of it as its my local castle and is about 15 minutes walk from where I live 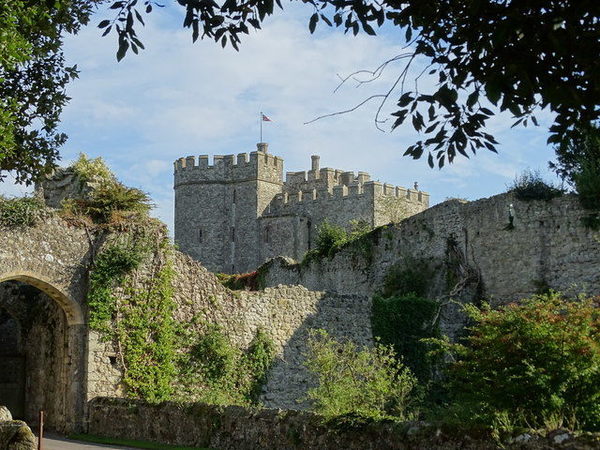 This Norman castle has been the scene of assassination plots, religious persecution, and Nazi conspiracies throughout its long history.

All great choices. Been to Pena in Portugal and to many castles in England, Scotland, and France. All fascinating. All different.

I realize this may not count as a castle in the strict sense, so apologies beforehand, but my favorite and one of the most out of the way “pile of rocks” I have had the chance to visit is “The Great Zimbabwe”.

Great Zimbabwe is a ruined city in the south-eastern hills of Zimbabwe near Lake Mutirikwe and the town of Masvingo. It was the capital of the Kingdom of Zimbabwe during the country's Late Iron Age. Construction on the monument began in the 11th century and continued until the 15th century. The edifices were erected by the ancestral Shona. The stone city spans an area of 7.22 square kilometres (1,780 acres) which, at its peak, could have housed up to 18,000 people. It is recognised as a Grea...

The so called “Great Enclosure” is very interesting but it’s the hill complex beside it that is the most fascinating. It’s certainly not a castle in the strict sense of carefully piling worked stone on worked stone. It’s more like they moved and rearranged, with some working of the stone, the jumble of rocks on top of the hill into effectively a “castle” with rooms and courtyards, etc. It’s very organic. Very Frank Lloyd Wright in that way since it seems to grow out of the hilltop.

If I had to pick one in Scotland it would be Castle Urquhart on the shore of Loch Ness.

This thread has me on a google binge! So cool! I’ll share tiny Henderson Castle in tiny Kalamazoo MI. It’s not a castle in the sense that it was a military stronghold and it’s not sprawling or grand in the traditional sense. What I love about it is that it was lovingly built for Mr. Henderson’s wife and that it has become a beautiful and quirky part of the community. They’ve partnered with us for some events and host things like haunted dinners and illusionist shows. Very fun.

My favorite (only found because we were looking at AO during our trip) is Hammond Castle just a short trip east from Boston and Salem and dramatically overlooking the Atlantic Ocean. Though created from buildings shipped across the ocean it really was combined with excellent execution IMO. 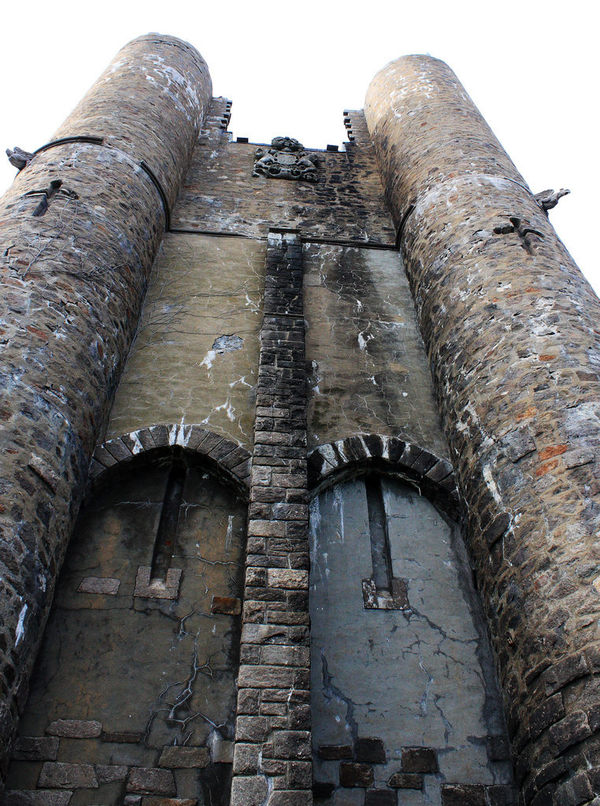 An eccentric inventor's castle home with its own indoor weather system.

OMG! No one has posted Castle Gwyn outside of Nashville?! I will have to remedy this very soon! 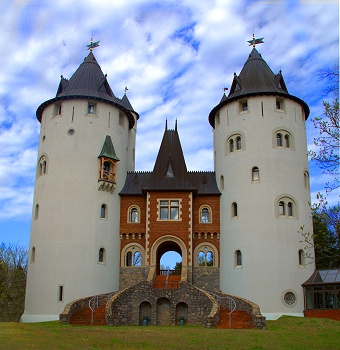 Story of Castle Gwynn is a Labor of Love

I’m looking forward to seeing some of the above castles next month touring the North Coast 500 leaving north out of Glasgow. Dunrobin is on our way back around. Thanks for mentioning Craigmillar, Linlithgow and Urguhart if time allows we will try to visit those. Eilean Donan on the little island looks promising 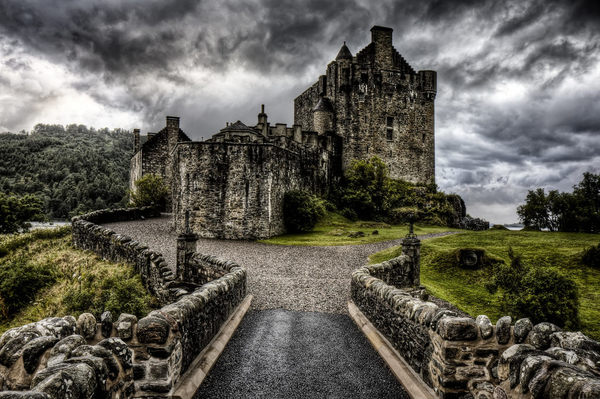 The most iconic structure in Scotland has been home to bishops, colonels, and Sean Connery characters. 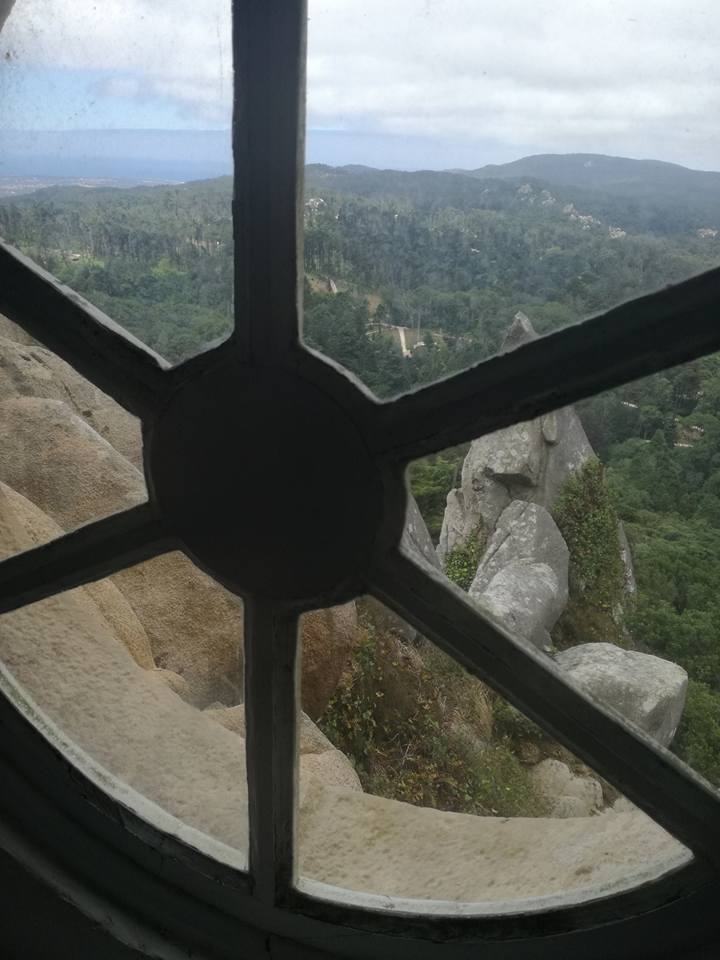 Not sure what my favourite castle would be but this is the courtyard of the one I have probably visited the most.
Sønderborg Slot (castle) in Sønderjylland (Southern Jutland ) on the Island of Als. 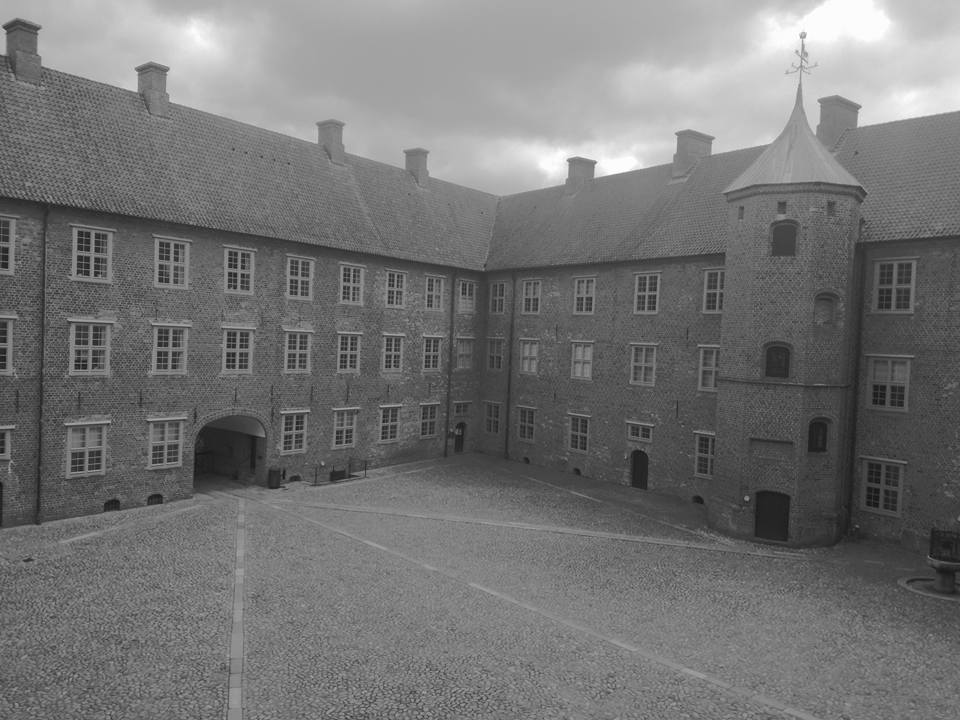 We’ve got quite a few castles in Germany,
but I think, the most beautiful is Peles Castle, Romania. 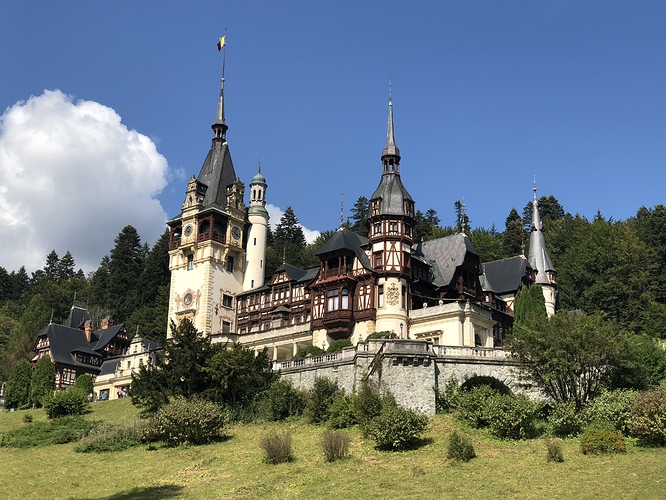 Well, Lichtenstein is not bad… 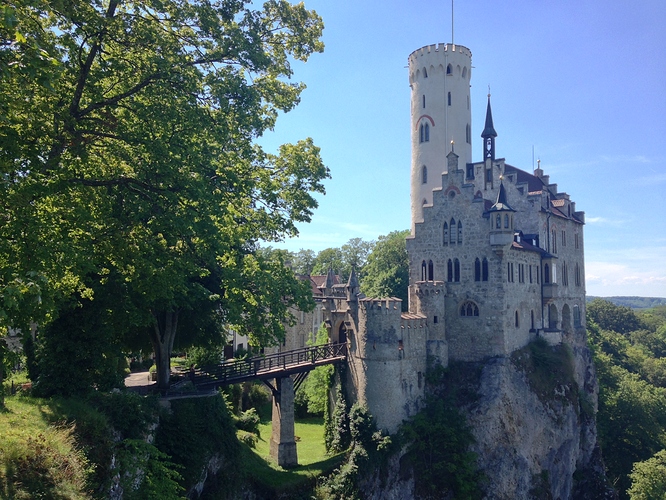 One of the top three highlights of my month long trip to Japan last year was visiting Himeji Castle, which is also actually the first castle I’ve really ever been to. It is absolutely stunning with its bright white exterior; and it’s incredible how much it has survived, including earthquakes and even being bombed in World War 2 – a bomb was even dropped right on top of the castle but failed to go off! When I made plans to visit, I knew the castle would be gorgeous, but I didn’t expect how fun it would be to be able to explore inside the castle walls. As someone who isn’t very well versed in castle related stuff, I found it fascinating.
I would love to go again in cherry blossom season… 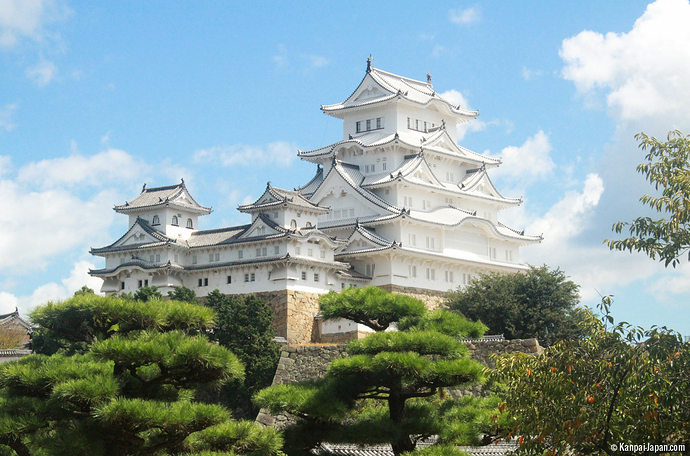 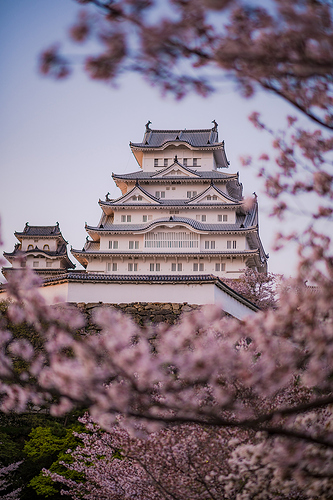 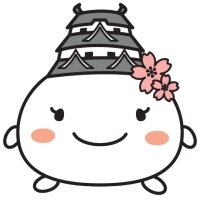 Lichtenstein ist not very impressive because it’s so small, but it’s a really cute neogothic reimagining of a medieval castle and it’s the perfect movie setting

I’ve been there. It’s awesome. And years of Disney-conditioning made me feel like I was crossing over into the real deal. The interior decoration is way more Byzantine than you might expect. No picture taking inside, however. So I’ve got nothing to share.