Indulge Us With Those Amazing Frescoes

Across the ancient and modern world, one fantastic, yet tedious art form has persisted throughout history. Dating as far back as the Roman empire, grand murals have been crafted into the plaster of walls and ceilings depicting allegoric scenes of religion or daily life. Frescoes the world over have survived the test of time and have provided us with an insight into the past. 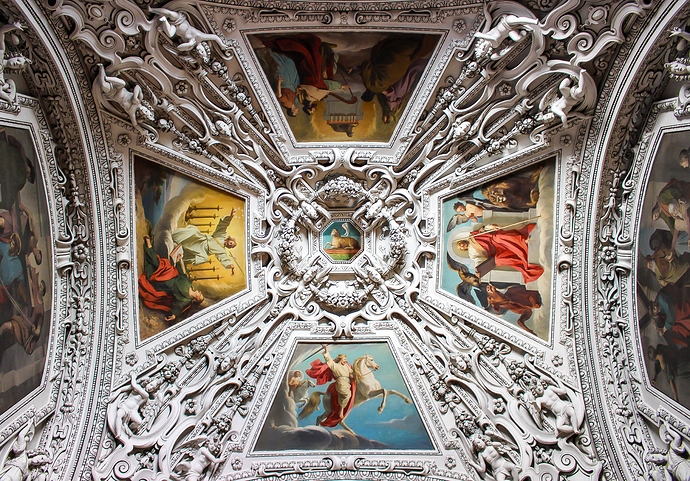 While the frescoes that populated the walls and buildings of Pompeii are well documented, not far away, another lesser-known village and its murals were covered in ash. Despite being destroyed, Herculaneum was well-preserved and the beautiful frescoes that adorned the walls of homes are still visible today. Nestled among the mountains of Samovodene, Bulgaria resides a seemingly normal-looking monastery, until visitors get a closer gander at the exterior. The outside of the Transfiguration Monastery is one giant fresco, featuring religious symbols and an array of ghastly creatures. Inside, allegoric tales of death and the devil are told through frescos. Visitors to the Albi Cathedral in France won’t need to get closer to notice the church’s 200,000 square foot masterpiece. The cathedral is home to one of the oldest and largest collections of Renaissance frescoes. From churches and chapels to ancient homes, these are just a few of the amazing frescoes that have survived the test of time. They have given us indelible works of art to ponder over for generations. Now we’d like to add more to this small collection!

In the thread below, tell us about some of the most astonishing frescoes you have ever seen or have a burning desire to view. Where is it located, and what particular imagery stands out the most? What’s the history behind its construction and design? Who designed the mural, and why did you find it particularly appealing? Be sure to include any pictures you might have as well, and drop in your Instagram handle. Your response and photo may be included in an upcoming round-up article on Atlas Obscura.

Goddess Flora (o della Primavera) Picking Flowers
The Imperial Roman fresco from the 1st century AD, found in Stabiae in Villa Arianna, in the Italian region of Campania; depicting Chloris, the Greek goddess of flowers and a nymph of the Islands of the Blessed. She was the wife of Zephyros, the god of wind, and the mother of Karpos, the god of fruit. 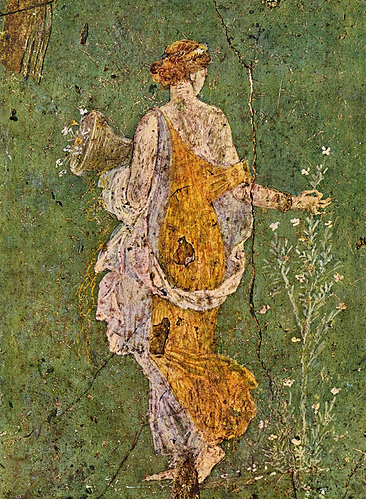 One of the Old Testament frescoes on the exterior of the Sveta Marina Church in Plovdiv, Bulgaria. The 29 frescoes were painted by Nikita Odrinchanin in 1858 - 24 of the scenes are from the Old Testament. @salpetermilwaukee 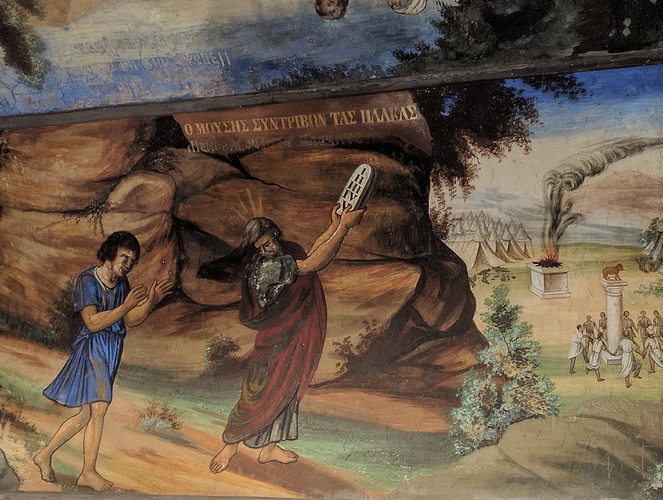 Sorry but the article has a quite obvious spelling mistake.
It talks about the ABI cathedral, shall be ALBI.
Quite a mistake indeed, for such a famous place… After all of course there are the frescoes, but the aditional history of the Albigeois heresy which has promoted the perhaps first European massacre
has also to be told, might by en pasant…

Bulgaria is well-represented on this thread

This photo is from the Rila monastery in that country. 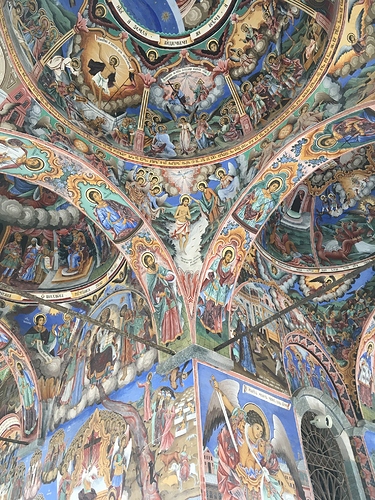 @ramoncarbodorca Thanks for the catch! The post has been updated.

hi, looks as if this is paint on the cliff rock but a fresco is paint on wet plaster…very different process and life !
d. gilliland

There are some incredible Medieval frescoes in the Homoród Valley in the Székely Land, Romania. “Most of these frescoes were covered over at some point of time (many during the 16th–17th centuries due to the Reformation), only to be discovered long after. The process of revealing them began in the late 19th century, and soon brought about some spectacular results: full cycles from the legends of saints, including Hungary’s 11th century king, Saint Ladislas, were uncovered in many churches.” [Transylvanian Fresco Cycles of Saint Ladislas in a New Light - Hungarian Review]. Some of the most impressive are in the 14th Century Unitarian church in Crăciunel (Karácsonyfalva). 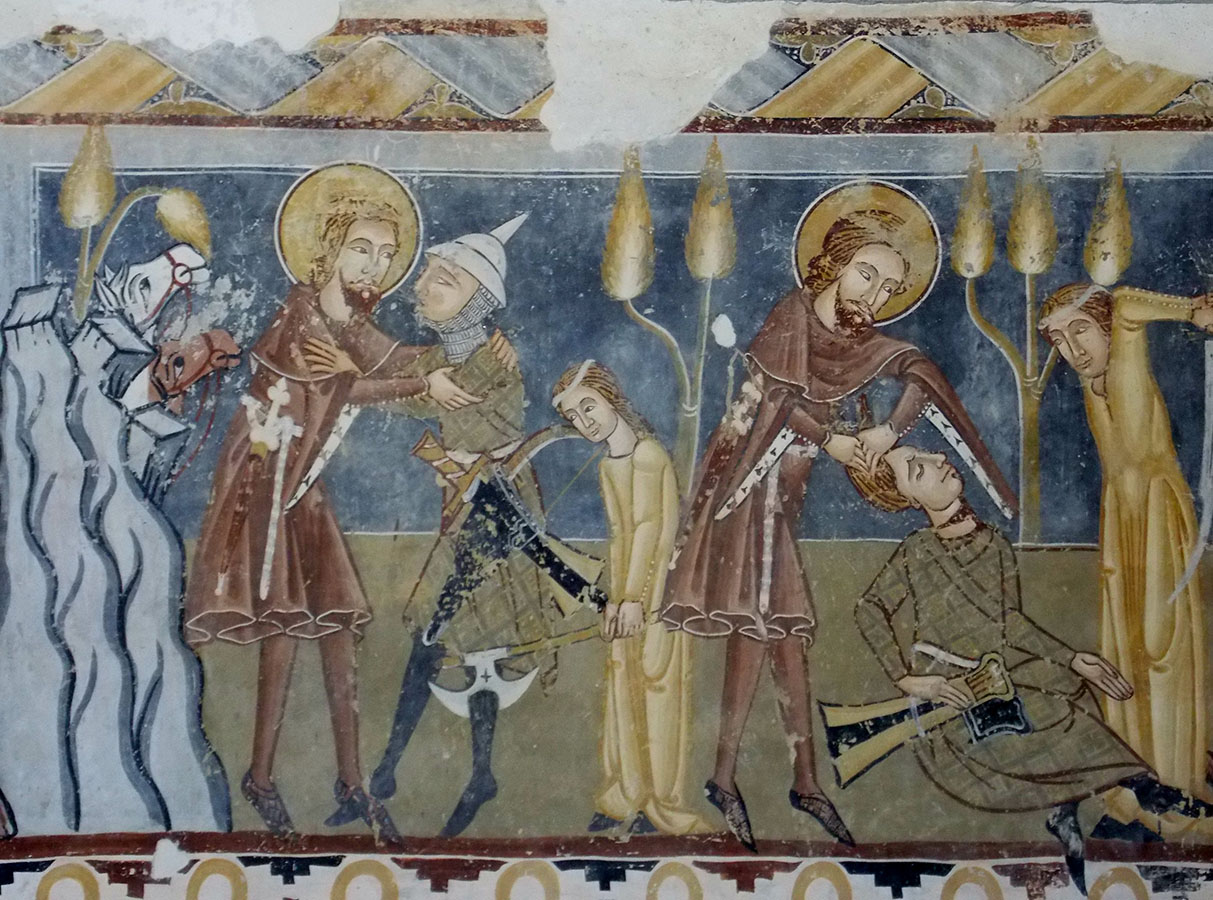 Wow! there’s so much going on in this one! Thanks for sharing

Big topic, where to begin. Perhaps with something a bit obscure but worth some attention. In NW Italy, near the town of Saluzzo and within what was once the marquisate of the same name, the Castello della Manta houses many fine rooms of late gothic Italian fresco painting. Mostly, a room with the wrap-around fresco of the stately ‘Nove Prodi’, (the nice worthies), I’m not sure who these dandies were, but they are dressed very fine and so are their female counterparts, who might even be worthier. Then in another salon, a smaller fresco is a quite entertaining imagining of the Fountain of Youth, with old men and women hastening to tear off their clothes so they can take a dip without any delay. The painter or painters of these pieces is unknown, unless there is more recent research since I saw them 5 years ago. Just, the ‘Master of the Castello della Manta’. A bit off the beaten tourist track, tucked against a backdrop of the Maritime Alps. As a new user, I’m only allowed to put in one photo and it’s hard to pick, but I’ll go with one that shows the fountain at the center of the Fountain of Youth fresco. Many more though … @rwstudio1 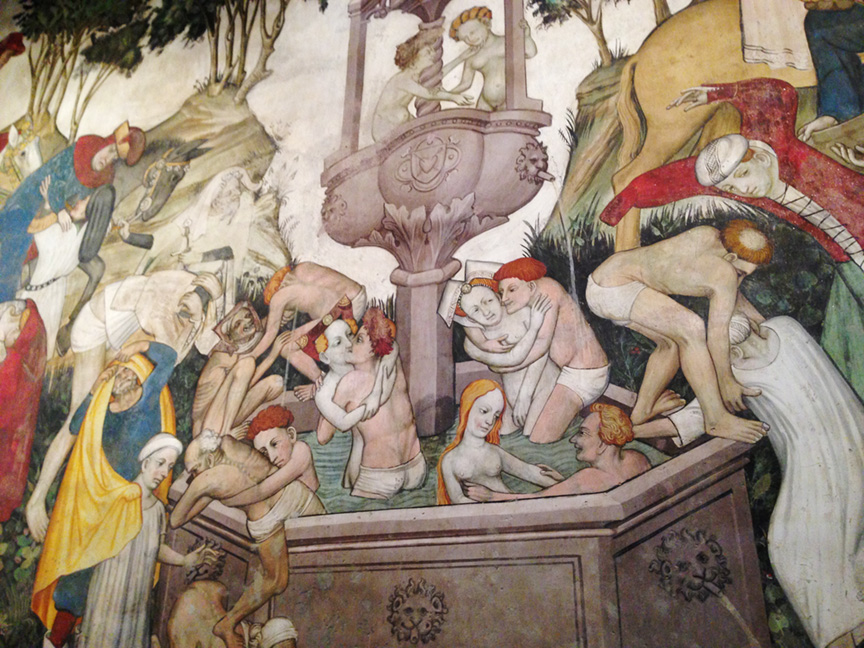 Some of my favorite frescos ever are in the Aguilar torre in Buonconsiglio in Trento, Trentino in Northern Italy. The castle is the former home to the Council of Trent as well as many bishops of the day. 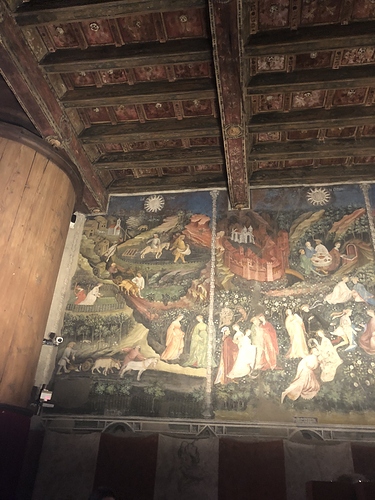 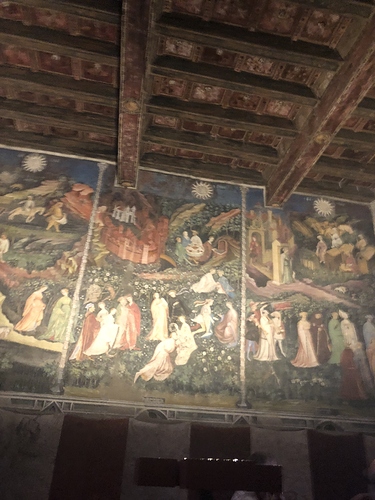 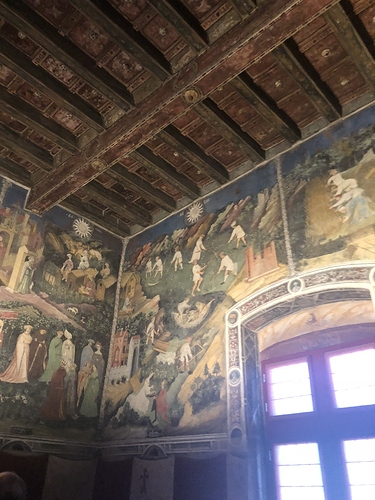 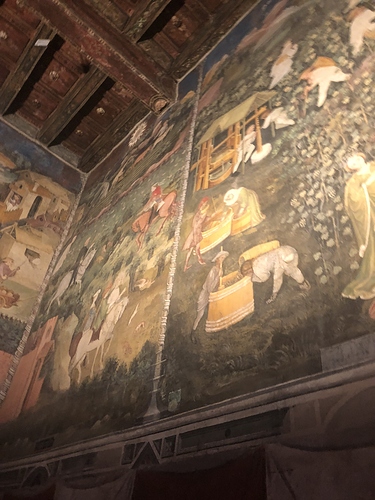 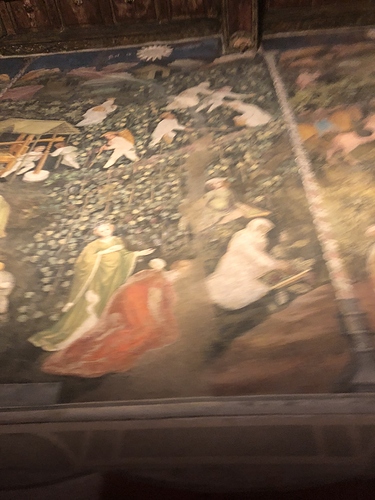 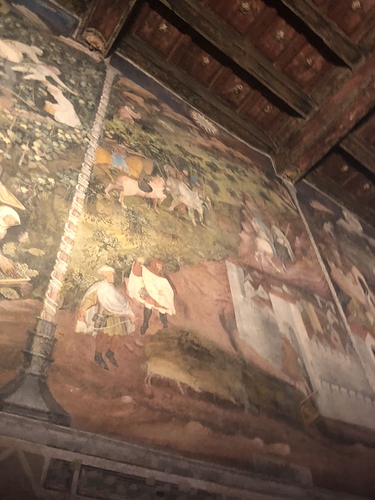 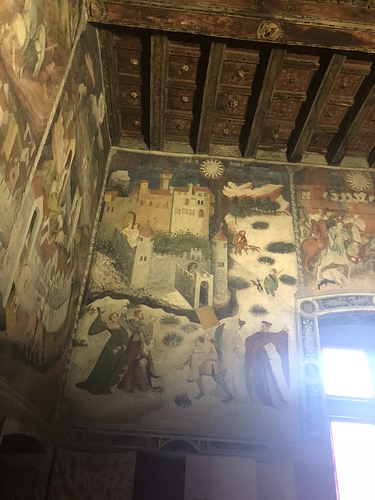 Thanks for sharing this awesome photos !!