Welcome to the Atlas Obscura Community discussion of John Brown’s Fort in Harpers Ferry, West Virginia. Ask questions or share travel tips, experiences, pictures, or general comments with the community. For the story behind this place, check out the Atlas Obscura entry: 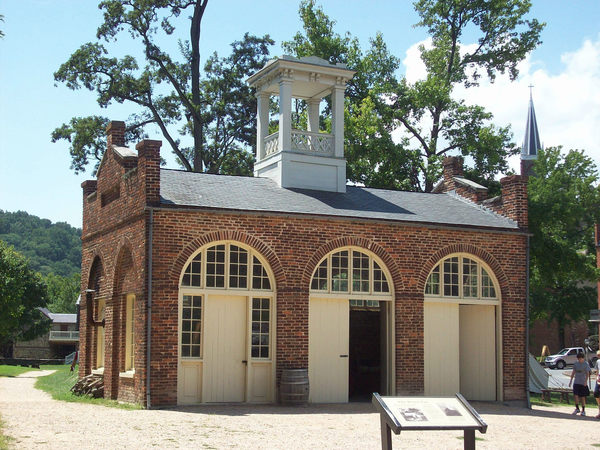 The last holdout of a pre-Civil War rebel who took the matter of slavery into his own hands.

Good old Harpers Ferry, West Virginia. Before 1862, it was Virginia. Home of my ancestors during the Civil War when it was Virginia. As a long time Living Historian, I have done so many Living History events here. I have also had the privilege to have slept in the actual Engine house as a soldier for the Regular Army. The original attack on the old engine house in 1858 was commanded by Regular Army Captain Robert E. Lee. Not many people know he was a Officer for the United States Army. So was Jeb Stewart. Jeb was one of those who stormed the engine house with US Marines to battle Brown and his abolistionist. It was said that Jeb sliced off an ear of a abolishinist with his sword. The Regular Army was garrisoned at Harpers Ferry to protect the town and the armory! The residents of Harpers Ferry were not happy about it. There was a local militia also present. That militia would eventually be apart of the Confederacy after the war started in 61. i have had the pleasure of many living histories here. Garrison of the town. Christmas in Harpers Ferry. Election Day and the Hattle of Bolivar Heights. Harpers Ferry like Winchester, VA changed hands so many times during the war. One of my ancestors lived on one of the main streets during the war. We have an actual photograph from after the war. The B & O railroad that runs near the C & O Canal was the railroad my Great Grandfather worked on. He actually fell off the bridge there at Harpers Ferry and injured his leg. They sent him Shady Grove station for the balance of his career. One of my Civil War soldier ancestor Napolian Bonaparte Riley was a member of Virginia’s only Union Regiment, The Loudoun County Independent Rangers. He is buried across the river in nearby Nearsville, VA in a church yard. He was also captured by John S. Mosbys troops. He was paroled in Bolivar Heights in 65. my ancestor is one of my soldier affiliation with Sons of the Union Veterans. My family were Irish farmers long in this Country before the potatoe famon. They settled in Neersville and Harpers Ferry. The Engine house of course is not in it’s original location. It was unbuilt and rebuilt a couple times. There is very little of the original industrial buildings that once lined the Potomac. The town is known for it’s dramatic floods that happened here. Prior to 1962, Harpers Ferry almost died. The national Park Service took over and saved the town basically. Harper’s Ferry is a top rated place to visit. See it in Fall and or Winter. It is beautiful with all its fall colors in the mountains. Being able to sleep and recreate in the old engine house was/is one of my favorite things to have experienced. Not many have that opportunity.