Welcome to the Atlas Obscura Community discussion of Kenmure Hill Temple in Scotland. Ask questions or share travel tips, experiences, pictures, or general comments with the community. For the story behind this place, check out the Atlas Obscura entry: 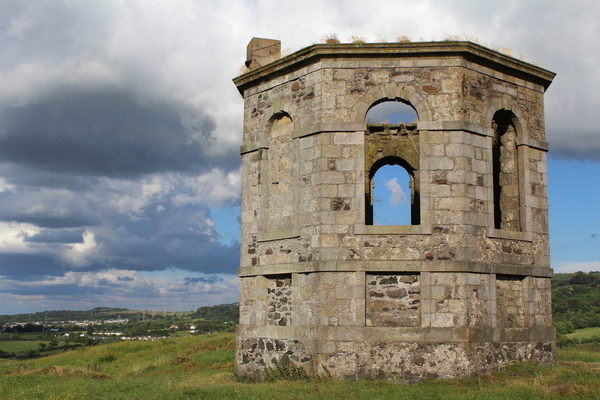 A mysterious ruin shrouded in more folklore than fact.

Pavilions such as the Kenmure Hill ‘temple’, often called follies, litter the country side across England, Wales, Scotland and both Irelands, to say nothing of Europe. Unfortunately, many are in similar condition.
Their owners had all sorts of excuses for building them. Sometimes as a ‘cold bath plunge,’ popular in the 18th century. Often they served as a banquet pavilion, for a fine meal with friends. They were also built as observation pavilions, a comfortable place to watch a hunt or rest during a designed walking path around an estate. Many were built simply as a pleasing structure in the landscape, an ‘eyecatcher,’ to end a vista. Some estate owners built them as work projects during times of need.
However, it was probably never used as a masonic lodge. Scotch Freemasonry was well established and widely accepted by the time this pavilion was erected. In fact the title ‘the oldest Masonic Lodge in the world’ is generally accepted as one in Scotland. There would not have been any reason for such an isolated location.
I do not know enough about Masonic Lodges to know if this building was large enough for a lodge meeting, nor was I able to find out if Colonel William McDowell was a Mason. However, my vote is for it to have been built as a banquet pavilion, for enjoying the countryside, as a good place to watch a race or a hunt, or perhaps all of these.
Gregory Hubbard

This building has always been known as ‘The Temple’ on various maps throughout time. It has never been called a ‘folly’ which would denote it was built for no particular reason.

It is complete and utter nonsense to say the Kenmure Hill Folly is anything other that just that - a folly.

The reason for the local nickname ‘The Temple’ is because of a silly story about it being the burial place of some Hindu who married into the McDowell family.

This whole freemasonry rubbish was started by the late Derek Parker, self-styled ‘local historian’ for the area who abused the history degree he acquired at Glasgow University as some sort of licence to make up whatever flights of fancy he desired - a right latter day Margaret Murray!

He used his column in the Paisley Daily Express and occasionally the Gazette to propagate all manner of complete and utter drivel about the Renfrewshire area as heavily under the influence of the Druids and the Freemasons - all merely wishful thinking by someone heavily involved with the apron and rolled trouserleg brigade (and anywhere else this hobby lickspittle could touch his remaining forelock to his “masters”) and their laughable grasp of cold, hard, historical facts.

Thankfully now the silly old fool’s gone more objective local history groups are able to undo much of the damage he did.