Welcome to the Atlas Obscura Community discussion of Kibbeh Nayyeh. Ask questions or share tips, experiences, pictures, or general comments with the community. For the story behind this food, check out the Atlas Obscura entry: 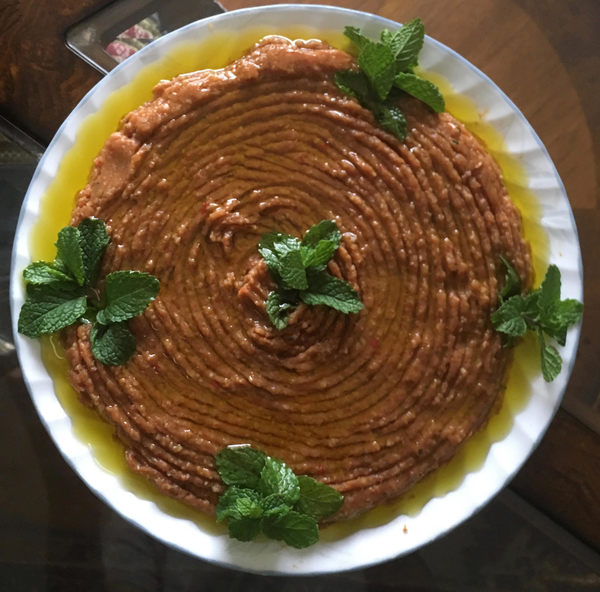 This raw meat meze from Lebanon is as fresh as it gets.

Coming from a middle eastern background on my father’s side (Syrian and Lebanese) Kibbee Nayyeh was something that was that was frequently around after cooked Kibbee was made. It was a special treat, topped with olive oil and extra filling that did not make it into the cooked kibbee. Delicious!
If you live near an area with a large enough middle eastern population, there will be grocery stores that you can special order the double ground “kibbee meat” from the meat counter. It will be ground first thing in the morning with the grinder sanitized between grindings.