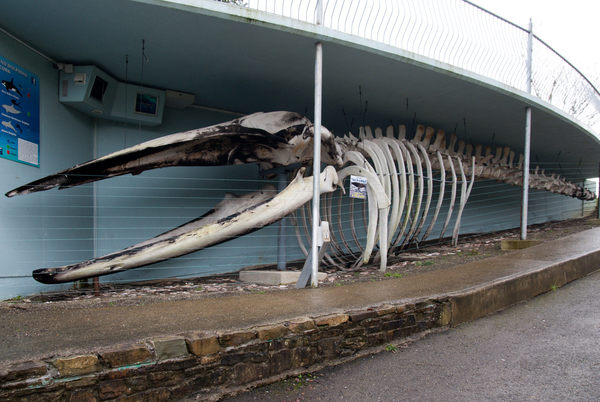 The skeleton of a whale that beached itself in this Irish town is now on display in their public park.

Years ago a friend was working near a town in the South called Social Circle. When he asked a local about the name he was told (in a strong Southern accent) it was because the locals would gather around the ‘whale’ in the center of the town to talk, do business, etc. for a “social circle.” As he struggled to figure out how a whale would end up in the middle of a well inland town he realized the man was talking about a Well, not a whale. We both agreed we liked the idea of a whale much better.