Welcome to the Atlas Obscura Community discussion of KPH Maritime Radio Receiving Station in Inverness, California. Ask questions or share travel tips, experiences, pictures, or general comments with the community. For the story behind this place, check out the Atlas Obscura entry: 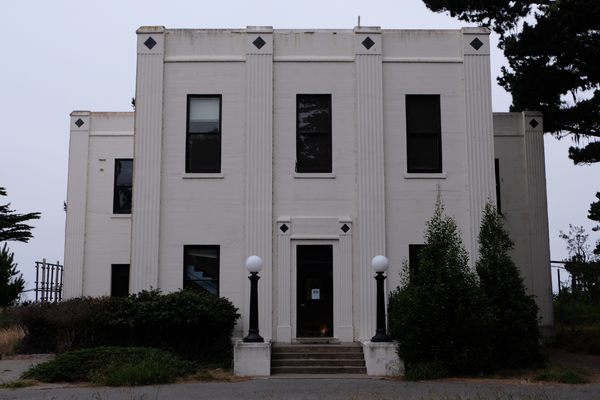 6/6/2019 - We did not visit during official visiting hours, though the station actually does not appear to even be in operation. Perhaps they are understaffed and unable to keep up with maintenance. Regardless it is quite charming. Well worth dropping in if on Point Reyes.

I’ve been to KPH numerous times for their annual “Night Of Nights” on July 12th, 3 - midnight. This event marks the anniversary of the last commercial use of Morse Code as a communications protocol.

In earlier years I was able to connive my way into the (almost identical from the outside) transmitting station down the road in Bolinas. That’s where the power hits the airwaves, with the Point Reyes station being the receiving antennas and operators. I don’t think they let anyone in there anymore, but here’s a photo of the teletype machine and the message sent when I visited on my motorcycle in 2014: (“BL DE RS” means for Bolinas from Point Reyes, and if the photo’s not clear enough it says “STANDBY” “T” “ANOTHER VISITOR ON THE WAY BY MOTORCYCLE” “NNNN”) 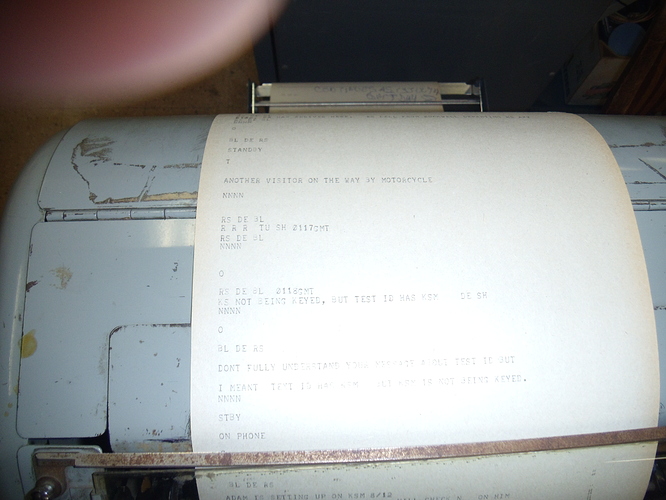 I also got a good pic of their transmitter and its 8 mercury vapor rectifiers. When you’re in the room with it the code being transmitted is playing over a loudspeaker, and the glowing blue mercury vapor in the tubes gets brighter and dimmer along with the beeps and spaces. Magical. 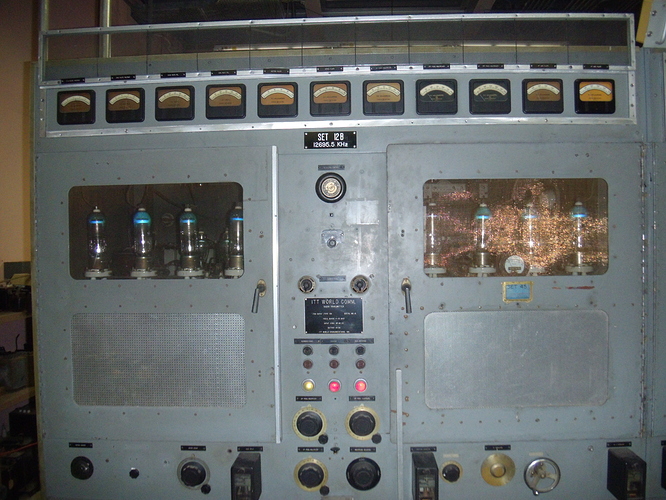 Definitely try to return on July 12th, see my other post.

This is incredible! Thank you for posting!

I’m familiar with rectifier tubes from the guitar amp world, but that’s a new one to me. That’s so, so cool.

AWESOME! Thank you for sharing!

Unfortunately we do not live in the area; otherwise I would TOTALLY be down. Are you going? If so could you post more pics and a report here when you do?

Absolutely! But I have plenty from previous visits, so here’s a couple.
To give you an idea of what a time capsule KPH was when the MRHS got the keys (Morse code joke), there’s a bank of dot matrix printers that record what’s sent out. When they shut down they left the reams in the rollers so you can read their final message at 2016 UTC 6-30-1997
CQ DE KPH =

FROM ALL OF THE STAFF AT BOLINAS RADIO KPH TO OUR COLLEAGUES ASHORE
AND AT SEA THIS ANNOUNCEMENT MARKS THE END OF BROADCASTING FROM OUR
LOCATION AT BOLINAS/POINT REYES AFTER 95 YEARS OF SERVICE. TO THE
MARITIME COMMUNITY WE WISH YOU FAIR WINDS AND FOLLOWING SEAS 73/88
DE KPH SK 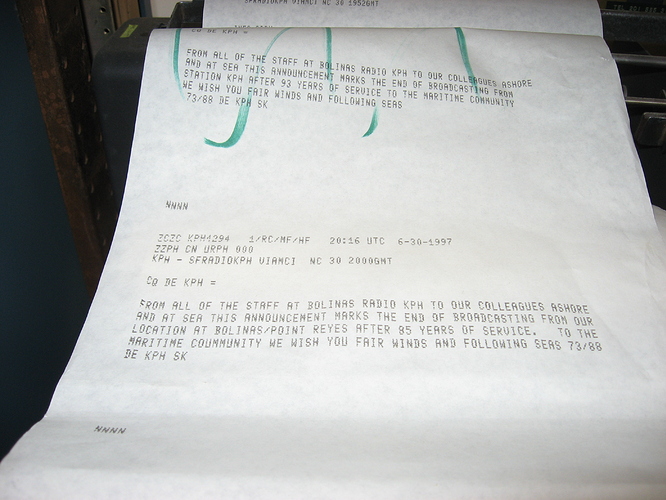 The exterior of KPH Bolinas, the transmitting station where all the electrical engineers kept things humming. Essentially the same as the Point Reyes building, but without the tunnel of cypress trees on the approach. There’s a retreat center nearby, so you have to be quiet. There’s also a very difficult to get to place called RCA Beach down at the shore. 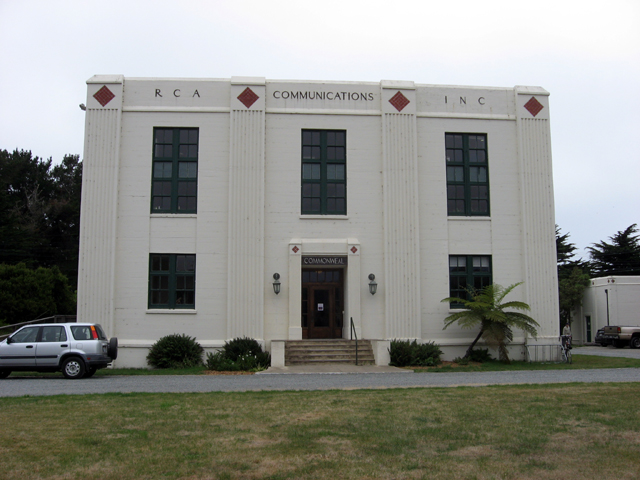 The 'Antenna Farm" outside KPH Bolinas, these are the transmitting (Tx) antennas. The Coast Guard has a radio installation and their own antenna farm on the next property south. 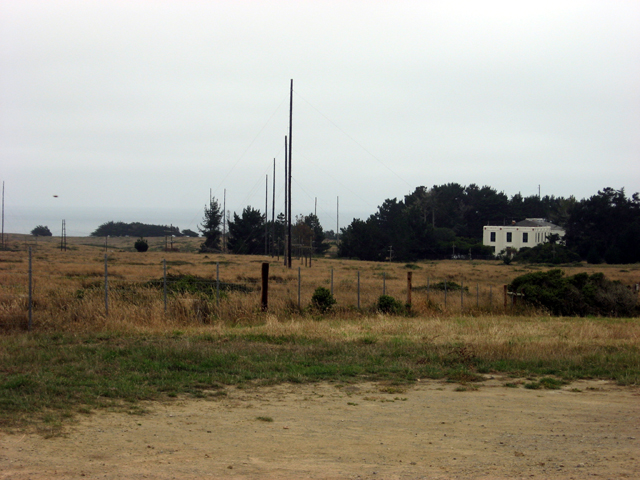 Interior second floor of KPH Bolinas. Banks of transmitters from various eras. The pink paint on the walls is rumored to be cupric, or copper bearing, to reduce interference, but most people think it was just what was on sale. The big black cables go through the wall out to the Ant Farm. 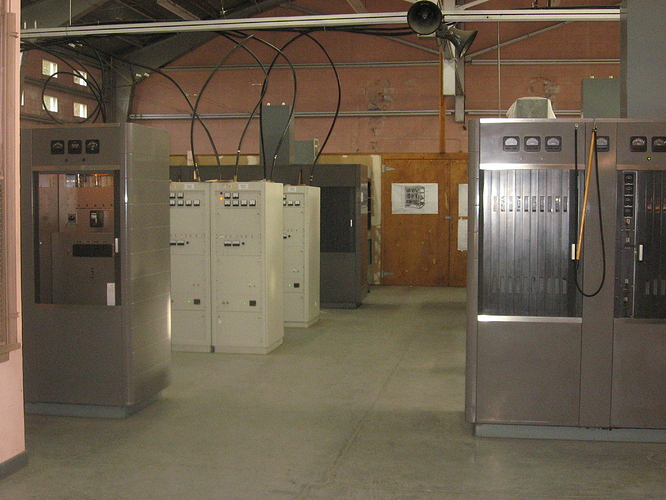 Copper clad doors leading (I think) to the control room at Point Reyes, which is now the HQ of a law enforcement branch, maybe the CHP or the Forest Rangers? No one allowed in there but it’s a beautiful old control room. Very Dr. Strangelove. 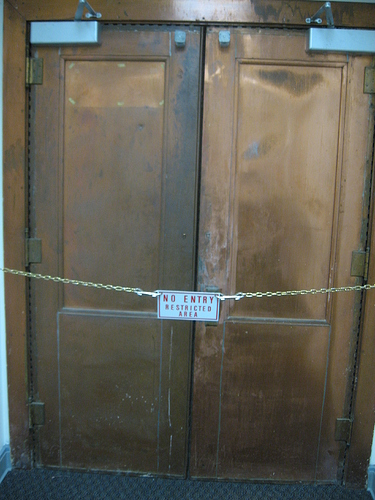 A special 24 hour clock with an extra (red) hand and markings for the 2 three minute periods per hour during which operators are required to monitor the emergency frequency for SOS calls. 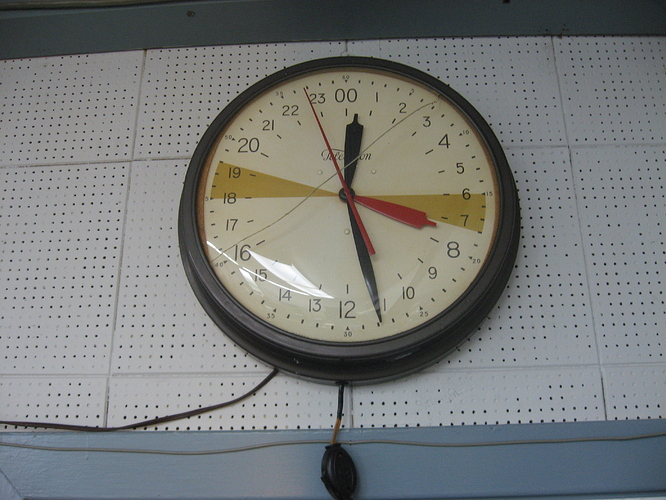 One of the operators stations (the primary position, I think) at KPH Point Reyes 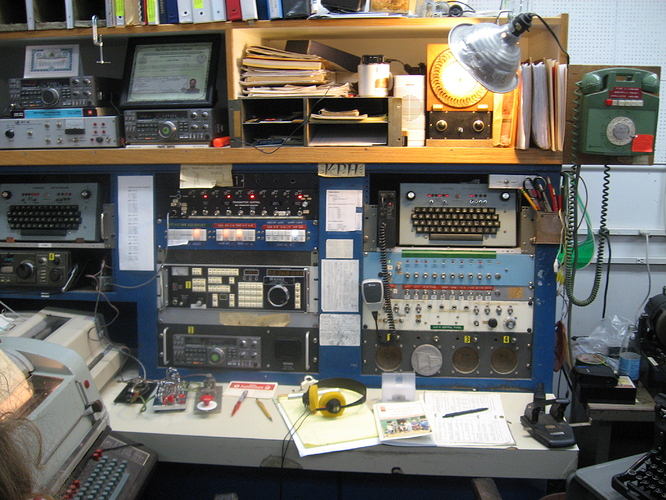 The engineer’s station at KPH Bolinas. Night time and daytime conditions require different power and signal, so this is always being adjusted. Just think, it may be night in Singapore and day in California, so figure that out! 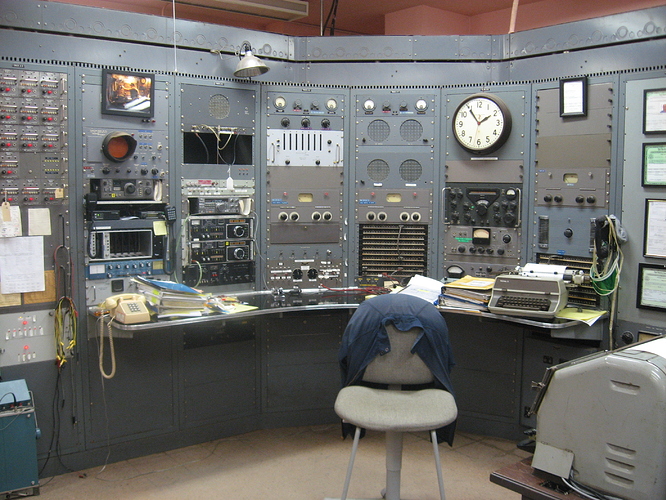 Some of the more antiquated equipment at KPH. Since all the other facilities shut down before KPH, a lot of old junk was shipped there. Some are donations to the MRHS. 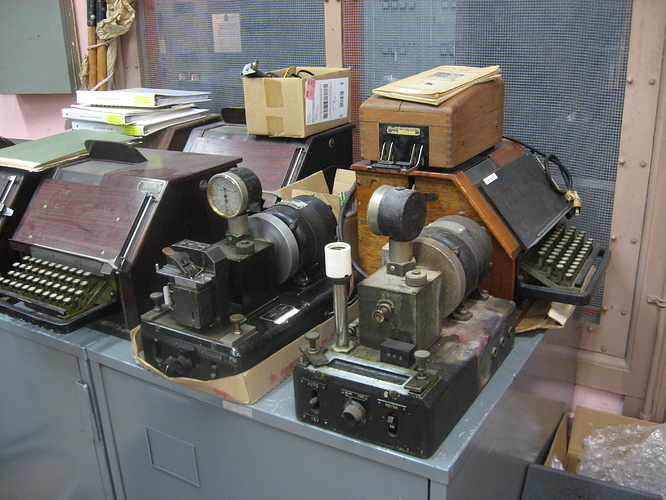 That’s all for now! I could go on and on, but that’s the gist.

Okay, wait, a couple more pics. (Is it off topic that I’m posting mostly about Bolinas station? I didn’t look to see if it had its own AO page.)

The Bolinas location was home to Guglielmo Marconi’s workshop. He basically discovered long distance wireless communication. Mostly that’s just a couple empty sheds and some slabs of concrete where antennas (a word Marconi had to invent) were anchored, just behind the RCA building . So, this place has been a radio installation since the very first years of radio, RCA’s engineers couldn’t find a better place. 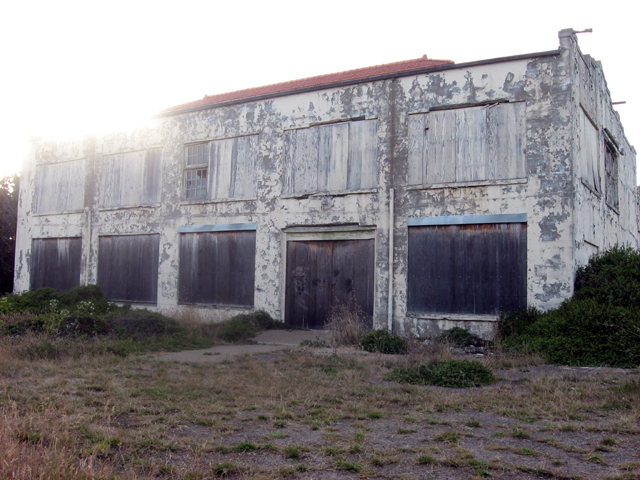 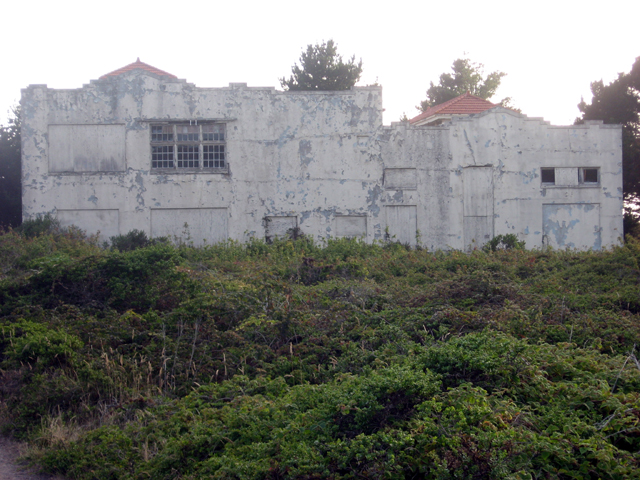 These pictures are amazing. Even if off-topic, thank you so much for posting them!