Curious to know about interesting ways people get around their cities that might seem out of place somewhere else. I lived in Seattle where commuter ferries are common but I was surprised when I went to Vancouver BC for the first time and saw the network of hop-on-hop-off private boat taxis that get people around the waterways. Now in NYC, the ferry system is gradually picking up steam again. What else is out there?

Urban gondolas! One of the greatest forms of poverty alleviation in a couple south american cities. 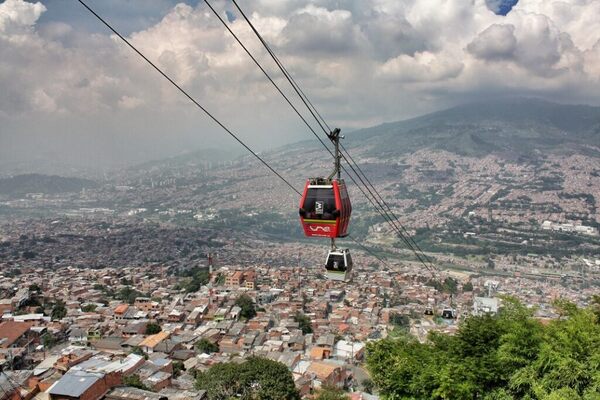 The Gondolas of Medellín

An unusual and beautiful form of mass transit serves the city's steepest neighborhoods.

Urban gondolas! One of the greatest forms of poverty alleviation in a couple south american cities.

Chiatura in Georgia in Caucasus has the same thing. The old ones are called steel coffins for a reason. Unfortunately there aren’t that many of them left since the cable car system is being modernized.

When I lived in Haifa I took the Carmelit fairly often. I didn’t have a car, so besides municipal buses it was the best way to get up to the restaurants with a view at the top of the mountain and down to the bars with good beer selections at the bottom of the mountain (among other things). 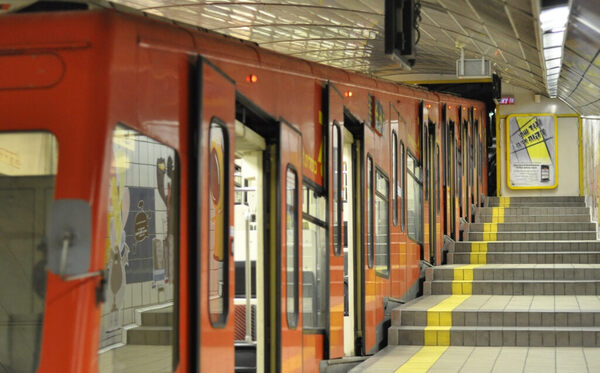 This subterranean funicular is one of the world's smallest subways.

It’s actually technically a cable car, but buried underground! And there are all kinds of weird creatures tiled into the station walls. You can sort of see them reflected in the train windows in that photo on the place page.

In Kyrgyzstan everyone is a taxi driver. Just stand next to a road, hold out a hand and someone will stop. If you’re going the same direction you can get in the car and pay them once you’re at your destination. It works pretty well for a tourist like me that doesn’t speak Kyrgyz/Russian as well.

So they are not on a shift or anything @hrnick? The culture is simply that they will pick someone up for a fare if they have spare space in their car, and time for it?

In New Orleans, the streetcars are lovely. Mahogany seats, brass fittings…the works! And they come quite frequently.

Apparently the St. Charles line is the oldest continuously operating streetcar in the world.

Tuk Tuks are the way to get around in Cambodia, at least in Siem Reap and Phnom Penh; an open air carriage driven by a motor scooter. They’re especially nice when the sun has gone down and and the heat settled a bit. 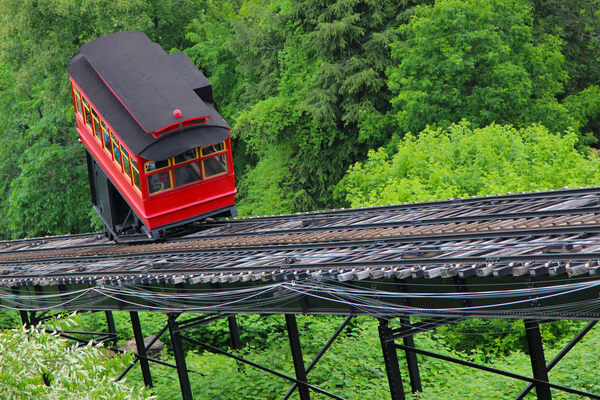 Without these slanted trains, we'd have to climb hills using our legs.

So they are not on a shift or anything @hrnick? The culture is simply that they will pick someone up for a fare if they have spare space in their car, and time for it?

That’s right, they’re not on a shift, literally anyone can pick up people along the way to wherever they are going.

When I was living in Uttarakhand state in India, we were quite a ways uphill in the Himalaya. The closest bank to the language school I was attending was eight hours downhill to Rishikesh. One time to get downhill to the bank, I did the eight hour ride in the back of a dump truck full of reclaimed bricks, not very comfortable. Mostly I took the old beat up Jeep taxis that went all over this area. On one occasion, to get up to Gangotri to make the trek up to Gaumukh (the glacial beginnings of the Ganges River) we rode on a bus, literally. It was so rough of a ride sitting in the back of the bus that many of the Indian women would hang their heads out of the windows and bark, so finally I’d had enough and was allowed to climb up onto the roof of the bus and ride with all of the luggage. This was the perfect spot to take in the very 3D landscape we were winding through without the obstruction of the roof. Didn’t smell like vomit, but had to be careful to keep your head down so as not to be “clotheslined” by power/tele lines that occasionally crisscrossed the road. I’m sure all of the locals though we were nuts, but in my opinion, we had the best seat on the bus. Photo of my feet on top of the bus. 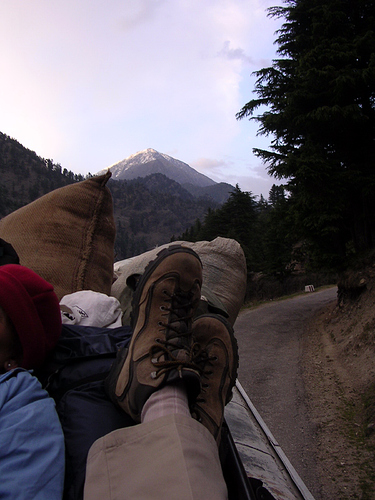 India-Uttarakhand-013.jpg1200×1600 433 KB
Who says travel isn’t cheap…60¢ per night in these tents up near Gaumukh. Everything (tents, bedding, food, water, cooking fuel, etc) is carried the 24km up the path on foot. Helluva bargain. 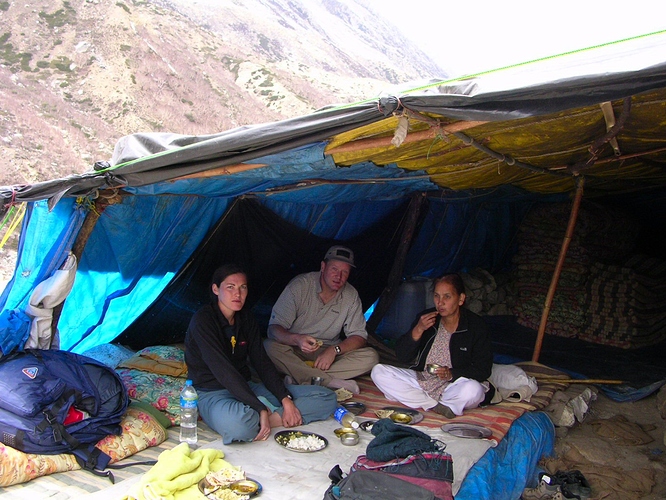 India-Uttarakhand-021.jpg1600×1200 351 KB
And Gaumukh is worth the trouble, even if you are not a devout Hindu making the Char Dam pilgrimage. 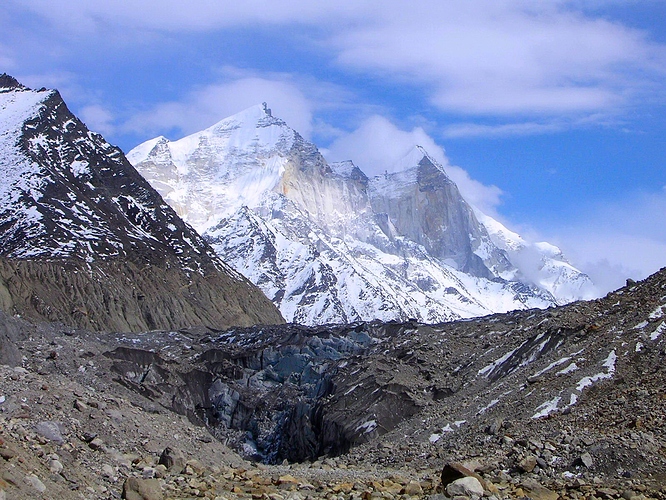 As an LA resident, I’m fairly ashamed that we’ve been unable to keep Angel’s Flight consistently open considering it only goes 300 feet and Pittsburgh has one that’s been running since 1870.

In Nome, Alaska, where I used to live and even occasionally here in Minnesota, a dogsled is the best way to get around. In the spring and fall, we would sometimes hook the dogs to a cart. 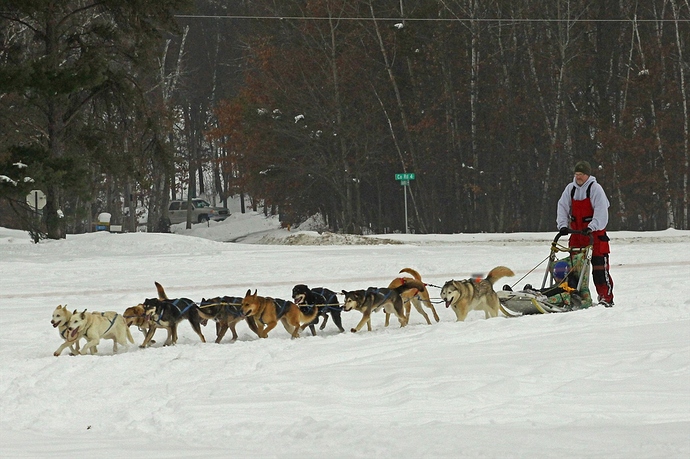 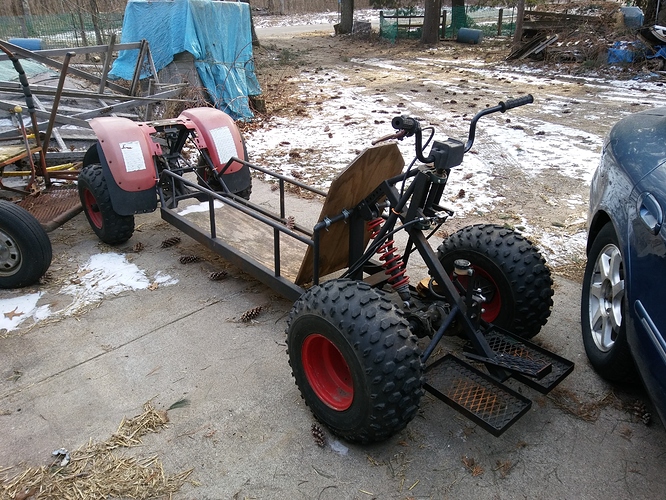 That is probably more utilitarian than anything, but I have to say, it looks fun…

I saw this amazing short documentary on YouTube about a coal train across the Sahara desert that people depend on, unofficially, to travel between very far flung villages.