Welcome to the Atlas Obscura Community discussion of Louisiana Hog’s Head Cheese. Ask questions or share tips, experiences, pictures, or general comments with the community. For the story behind this food, check out the Atlas Obscura entry: 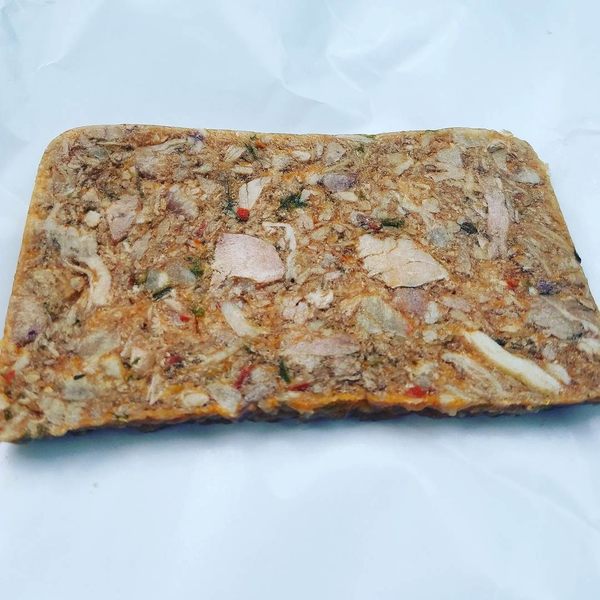 The porcine aspic makes a perfect accompaniment to crackers and sandwiches.

This sounds quite a lot like brawn, in fact if you check out brawn on Wikipedia, it redirects to Head cheese - Wikipedia, usually still found in butchers and delicatessans in the UK. Although I have never been found of brawn, I suspect that if I had known it as headcheese I would never have tried it!

The place of origin is NOT Louisiana. When the British deported many Acadians and French Canadians they brought their recipes for Head cheese with them. It was commonly found in grocery stores in northern New England. Some of our aunts would also make head cheese. The recipe existed long before it was in a British cookbook.

Also in Mexico where they sell it as Queso de Puerco, quite popular by the way…

As the article notes, the place of origin is likely Europe. It’s far more widespread across Europe than it is North America: Head cheese - Wikipedia

It’s also present in the Caribbean, and thus may have also found it’s way to Louisiana via the creoles from the Caribbean that settled there. Or it could have come with both cultures.

The Amish and other ‘Pennsylvania Dutch’ farmers made ‘souse’. I hope they still do. It was indeed held together with the animal’s gelatin but heavier on the vinegar. Yum!

This is true because my mother used to make it and we lived in Cuba.

True, the origins of Head cheese are probably in Europe. As Finnish we enjoy this specialty knowing it as syltty, tytinä or aladobi.

I had a roommate 30 years ago in Sonoma County, California. He was from Paris, France and had trained there as a chef. He made head cheese as a kind of comfort food from his own youth.

I am fortunate enough to have Terranova’s as my corner grocery.
Their hogshead cheese is outstanding. So is their green onion sausage.
Anthony, Anthony Jr., Miss Karen, and Jennifer are lovely, delightful people who make “Terranova’s Superette” a joy to shop at, and a local treasure.
If you’re ever in New Orleans…

I remember reading about Head Cheese in the Little House on the Prairie book series. The book “Little House in the Big Woods” has a whole chapter on hog butchering and mentions how Laura’s Ma makes it. I believe it was also mentioned in the book “Farmer Boy”.

Head cheese, also known as creton, is still popular among my French Canadian friends here in New England, and is still homemade in some families. Wikipedia provides distinctions between head cheese and creton, the latter lacking the gelatin binder provided by the bones and joints being boiled. My late friend, Leo, leaned up (!!) the recipe, using packaged gelatin and ham, plus some spices which he would not divulge—he took the list with him to his grave. But he still called the concoction creton. It is wonderful on chunks of homemade bread toasted golden brown, with some honey drizzled on top. Ay mon dieu!! bob.c

A very tasty store-made version is available at Rouse’s, a Louisiana-based grocery chain with stores in Louisiana and Coastal Alabama and Mississippi. It’s great with French bread.

There’s a German meat market in Meriden Connecticut that has always made head cheese. They eat it on hardy rye bread with spicy mustard and raw onion slices. I helped bone out the flesh from boiled pig heads in my younger days and personally am now vegan.

This was certainly brought over to America by European immigrants. I grew up in Russia, and headcheese, known as ‘holodets’ in Russian, was a very popular and common staple there. It’s also frequently found in Eastern European food markets and grocery stores statewide.

When I was a missionary in Malawi, circa 1967 - 1972, some Dutch missionaries made it. I liked the meat. Since our mission raised hogs for food, I decided to make it. Everyone that tried it liked it. We usually ate it as a mid-afternoon snack. But I haven’t made any more since returning to the States.

As it is said ‘you can eat every part of the pig except the squeak’, it comes as no surprise that there are recipes for cooking the head from wherever there are pigs…A recipe for brawn - the English version of hogs head cheese, as far as I can make out - is here: https://goodfood.uktv.co.uk/recipe/brawn.

Brawn was originally a Middle English (c. 1100 - c. 1500) dish. As already said, you ate everything from the animal. I expect people throughout the world had the interest in not wasting a thing and cultures mixed they would share recipes. We still eat British things like black pudding, (again lots of countries have their own version of blood sausage) and haggis.

If anyone fancies a try in the UK, you can get brawn in Morrisons supermarkets.

I agree the pig’s head is something you get wherever there are pigs and also poor people. Quite like brawn - a lot depends on the seasoning. You can also braise a pig’s head or buy pig’s cheeks which are nice but take slow cooking (UK). Not to serve though when meeting your son’s fiance first time - happened to my partner’s Mum.