Welcome to the Atlas Obscura Community discussion of Louisiana Mirliton. Ask questions or share tips, experiences, pictures, or general comments with the community. For the story behind this food, check out the Atlas Obscura entry: 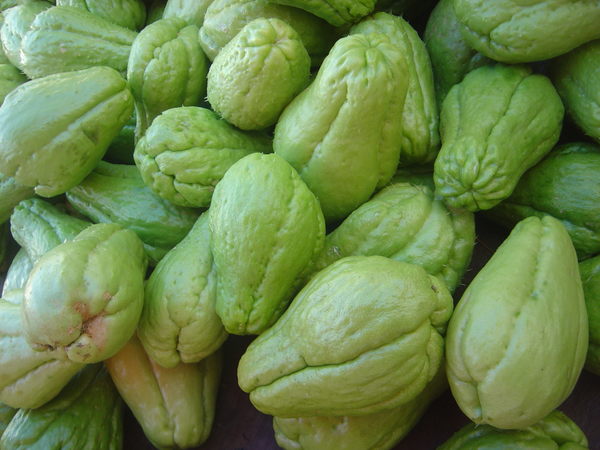 How New Orleanians Banded Together to Save a Beloved Heirloom Squash

In Brazil we call this chuchu, and it is mixed with cheese and eggs to make a chuchu souffle. Delicious. Or cut up steamed chuchu with butter and salt. Yum. If a pear were a vegetable, it would be a chuchu!

In Hong Kong, we call this Buddha Palm Squash because it looks like a hand closed in prayer. We use it in broths and soups, and sometimes stir fries. My mother makes this into a soup for coughs which she unfailingly pours down our throats every winter!

Our neighbors have a chayote vine that started growing through our fence last year, and I recognized them as being an edible thing I’d heard of but hadn’t tried, so we snagged a few and started looking up recipes. They’re OK stuffed, but the main thing we use them for is just as one of several veggies chopped and sauteed and then used with other things, like tossed with pasta or baked into a frittata. We also do a chicken mole thing where we marinate the chicken with spices, sear and shred it, then saute onions, mixed peppers (jalapeno, poblano, whatever else we can lay hands on), chayote, and very-ripe plantains (which go into the pan last, since they barely need to cook, you just want to toss them around and get a bit of caramelization on the surface), and then bring everything together and add the mole paste, and maybe a little broth if there’s not enough liquid just from the chicken and veggies, and simmer for another 10-15 minutes. Sprinkle some cotija on top and serve in tortillas. (I usually lightly fry my tortillas – drip just a few drops of oil in a pan, swirl them around, then toss the tortilla in to get one side coated, then flip it to get the other, and then let it continue heating until it puffs and browns a bit; makes 'em extra tasty.) Or sometimes we serve it over the Explore Cuisine black bean noodles – I refer to it as “Oaxacan Bolognese”.