Welcome to the discussion thread for the story, Meet the Iowa Architect Documenting Every Slave House Still Standing. You can share your comments and thoughts about the story in the conversation below.

this is an illuminating place to view and visit.
https://royallhouse.org/. The Isaac Royall House and Slave Quarters in Medford, Massachusetts.

Hello. I enjoyed reading this article. Perhaps readers might find interesting additional information about the houses of former slaves. My maternal grandmother’s family owned slaves in west Tennessee before The War. I am a 71 year old white man and as a child heard many stories from Grandma Fanny , her siblings, and her ancient mother (my great grandmother) about “the old days.”. What I DID hear said about the “slave quarters” (as the phrase was, never “slave houses”) was that when the Union Army marched through the area most of the enslaved black folks followed them to freedom (except for 2 “loyal” black house servants), and, guess what: before the Union Army marched off they burned to the ground all the slave quarters, the big plantation house, and barn after stripping the place bare of food and valuables. So, dear reader, the stories are far more complicated than one might think or read. This comment is respectfully submitted. Stephan of Arkansas

Unfortunately, much of Missouri’s important slave dwellings will not be included as so very few of them made it into the HABS survey. Of the ones that did, most are gone. A separate survey is needed and should be coordinated with the SHPO in Jefferson City, or on a local basis. For example, Lexington and its surrounding Lafayette County, Missouri, most likely have the largest collection of extant (standing) slave housing in the State. The County was also Missouri’s largest slave holder and large hemp producer. Several great examples of the rare barracks style slave dwelling still stand, for example the multi roomed slave houses at Hicklin Hearthstone and the Robert Brown Plantations, which is also called “Wayside Rest.” Other Missouri historic plantations with multiple slave buildings include “Prairie Park,” “Burwood,” Greenwood,” “Pleasant Green,” and “Oakwood.” Both Lexington and Boonville, Missouri have a large collection of urban style slave housing. Gary Gene Fuenfhausen, Missouri’s Little Dixie Heritage Foundation

I live in central Texas and have a cabin on my property that is a freed slaves cabin or the son of a freed slaves cabin. It is falling apart and has had structures attached over the years that we want to remove, yet we want to be respectful with this important part of history. We also have black vultures that nest in the cabin so want to protect them too. Any ideas on sources of help, advice would be so appreciated.

Great article on a subject that is so relevant to our history and our current lives. After going to Montpelier recently, I appreciate more than ever the lives of the enslaved. So grateful for her work on their history.

Yes, the stories are complicated. As you said, the term was “slave quarters.” I learned that from the movie Roots. Also, my grandmother who died in 1977 at 110 years old, was born a slave baby at the beginning of the U.S. Civil War and listening to her while I grew up was like reading a history book. Rural Virginia could be cold and those, according to my mother, who had a rocking chair in front of the fireplace, were warm in the front and cold in the back. Indeed, General William Tecumseh Sherman and his troops burned quite a bit of the South in his march across to the east coast.

I’d love to see more about Jobie Hill and/or records about slaves. I think we should record and share every bit of the United States’ terrible history concerning Africans and American Indians. We, “Whites” were cruel and insensitive and often, we are completely ignorant of our past or present transgressions.

I’ve heard some history books call (or want to call) “Blacks” an “imported work-force” because the powerful whites want to deny that we held slaves at all. Isn’t that awful?

I would have loved the opportunity to know and talk with your grandmother who died in 1977. It would have been an honor to be able to visit with her. May her soul – along with the souls of my late Grandma Fanny and her sisters – rest in peace in the Paradise of God, where there is no separation based on race, class, background.

Hello, this is an interesting article and a very good project. Is there a way to make a small donation to this architect’s project?

Was the use of the term “enslaved people” conscious? What happened to slaves?
Also how can you keep the issue of slavery visible - as with these cabins as a beacon to society - when other relics of the Civil war such as statues are removed - even if you believe otherwise - isn’t this hypocritical?

I juat want to say those are houses my great great grandparant and his brother built andrew and adam poe wisman.
The block house was used to fight indians. As they moved west they would use them to survey for the railroad so the tracks could then be built. It may not even be a bill of sale for a slave but for cows hides or scalps. Maybe even for the land itself. As a prospector one thing that had to happen is the area needed to be vacated of indians, what brought them back were horses and women as theirs had suddenly been found left behind and inturn sent into kitchens and fields as helping hands to the lonely explores who were consigned into the queens navy and who had to row for the queen. Others who later returned into their life as peons caused these women to be sent furthur west. Mormons?

Never forget that most early settlers were worse then slaves they were drafted, and didnt miss out on a whipping or a hanging, it was the captain of the ship that delagated this cat o nine onto the irish scott german and english to conserve authority and treason or mutiny could be a simple complaint on the food. All this why the skave road down below with the women and water. Reperations are one thing hard to calculate but the price of peonage was recorded and the service to the queen duly observed in the revolutionary war. I want my due diligance. I want it to be remembered the mutinied ship and the black saliors and the queens men and women from below. The truth is these were very crafty and usefull indiviguals as they were tribal. This meant they could face indian tribes as a equal contest and were desired as a way to disrupt the natural balance, and order but not cause exstinction and they were the servents for the queens mines to the south of britain that her family so cherishes the cloth jewelry and tails if heroics. 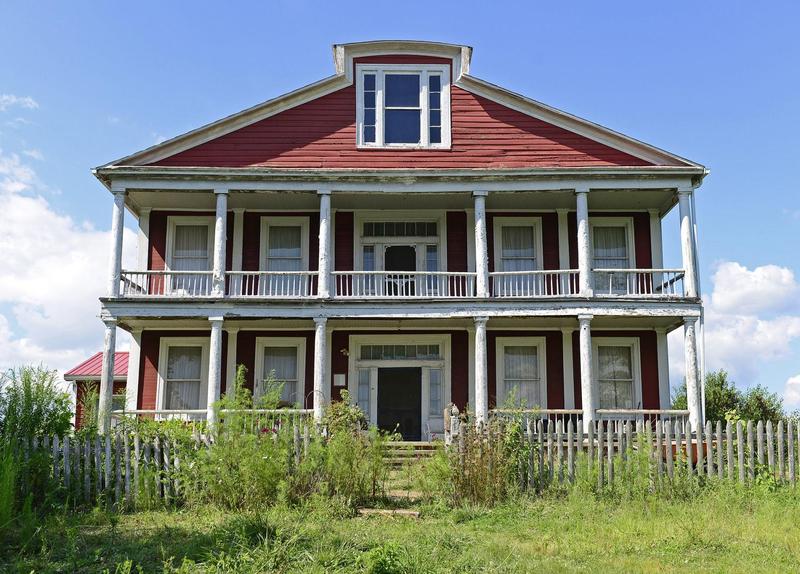 'Old Slave House' Still Standing - But For How Long?

One of the oldest buildings remaining in southern Illinois is home to a lot of history. It’s called the Crenshaw House, because it was owned by John

Our second Texas Music video was shot in Chappell Hill Texas. Little did we know that the small log cabin structure featured in the video was actually slave quarters in Washington County, Texas

has anyone ever documented the names of those ships and who owned them, that were bringing african people from africa?

“Reperations are one thing hard to calculate?” Really.

How is it that each surviving Japanese internee from WWII received $20,000?

La Amistad may be one of them.

This post was flagged by the community and is temporarily hidden.