It seems some places have been removed from the Atlas…
I added some items to my 2021 Summer list that I found in trip planning, but they are now gone. They don’t even show up in a search anymore. Has anyone else experienced this or am I doing something wrong?
Can’t find Penguin Park in Kansas City, MO and Omaha Zoo Dome in Omaha, NE. There may be others, but i can’t remember them.
Thanks,
Joe

Hi Joe! We do occasionally remove or unpublish places for various reasons, but I’m not sure that’s the case with these two. FYI, I can’t find a record of Penguin Park, but I do see an incomplete entry on the Omaha Zoo Dome: https://www.atlasobscura.com/users/adam-3283e7e8?view=added

Oh I thought that once on the atlas things would generally stay. Could you check if any of mine got removed?

It’s really very rare, and would likely only happen to some very old, out-of date entries. I checked the CMS for yours, and I only see a couple of entries that have not yet been published; none that have been published and then unpublished.

thanks for the awesome information.

Removed articles are still on the site, just unlisted. They have an extra degree of intrigue to them, like they’re too forbidden even for the Atlas. The Scientology Trementina Base is one - I’m guessing the removal was requested by the church itself. North Sentinel Island was once on the Atlas, but was removed about the time that missionary guy was killed on the island. It seems to me that removing articles is AO’s way of saying “Don’t try to go here, actually.”

Strangest of all is the removal of the Sloth Center in Rainier, Oregon. It was at the top of “The World’s Top 100 Wonders in 2018.” It seems to be permanently closed now, but usually places that are closed are simply marked as such, not removed entirely.

This is quite possibly the result of the zoo ban that Atlas Obscura implemented a while ago. A few months back I wrote an entry for Noah’s Ark Zoo Farm in Bristol, England. It’s unique for being the only fully accredited zoo to promote creationism. My entry was flat out rejected. When I asked for clarification, I was told that Atlas Obscura will no longer accept zoo entries, but will continue to promote animal sanctuaries.

Thank god (pun intended) that Noah’s ark was rejected from the Atlas as it’s not the kind of zoo that does anything meaningful for either conservation or education and is quite frankly a bit of a disgrace and a joke.

That said I know that Atlas Obscura is not really a site for zoos but as a conservation biologist I can say that they are totally wrong IMO to downplay zoos in favour of animal sanctuaries.

A good many zoos (not enough admittedly) do far more for species and ecosystem conservation than animal sanctuaries which are focused on individual animal rights over conservation and actually very frequently get in the way of these goals.

I did not know that this was a thing, that’s idiotic. Grouping all zoo’s into one category without looking at individual cases is just stupid. What’s next non-biological restaurants?

This is exactly the kind of fake feel-good activism that makes my blood boil.

I’m not sure what you mean could you elaborate ?

Atlas Obscura are brilliant at raising awareness of conservation of threatened species and ecosystems and that I am absolutely sure of.

What I was getting at with my comment was more that I think it is a mistaken approach to see sanctuaries as a viable alternative to zoos or somehow more ethical.

That said I can quite understand cynicism towards zoos as it’s undeniable that most zoos grossly underperform in their stated aims of conservation and education.

Animal rights activism and conservation are usually (sometimes on rare occasions we manage to find a common ground though) poles apart when it comes to respective aims / objectives and priorities.

For me as a conservationist it always comes down to the scientific (both hard and social sciences) management of populations and species and wider ecosystems in order to conserve these.

Conversely animal rights activism (though I’m uneasy with referring to it monolithically as I’m sure there are exceptions) often is invested in individual animal welfare including of harmful invasive species whose presence imperil species and ecosystems.

Nevertheless there are some excellent zoos out there which really make a difference in both ex-situ and in-situ conservation and so I agree with you that it’s best not to throw the baby out with the bathwater in that regard.

Basically agree 100% to what you are saying. There are zoo’s, shelters, circuses, etc. that are terrible to their animals, and there are examples for each that really care for their animals and their environment. Just making a blanket decision to not cover zoos, is stupid, irresponsible towards organizations that really do care, and spreading ignorant stereotypes of which we have more than enough.

I grew up next to the Blijdorp zoo in Rotterdam, which has always been very much geared towards having good environments for the animals and (successfully) take part in many breeding programs of endangered animals. They constantly update enclosures and are very strictly self-regulating as well as asking other organizations to inspect them. Putting them in the same category as some concrete box zoo in Eastern Europe because they are both called zoo’s is just dumb.

Oh I see what you mean.

Yes the Rotterdam zoo does indeed take good care of it’s animals on display with good enclosures and husbandry.

Moreover they have ex-situ captive breeding programs for a number of endangered species and support financially and logistically in-situ conservation.

However to add a bit of nuance they do also have representatives of species which are not endangered and do not need to be kept and others that although they are threatened in the wild are best conserved in-situ rather than in a zoo environment.

The arguments for and against zoos are really complex and both sides make valid points but the stance I have on zoos occupies the middle ground.

I recognize they are necessary for the conservation of some species (typically the smaller taxa that are considered “uncharismatic”) and that they play a role in environmental education and contribute to in-situ efforts.

That said I believe many zoos are underperforming and stuck in the past and hardly contribute anything meaningful to either conservation or education.

Hello! We actually don’t have a ban on adding zoos to the Atlas, though we did update our thinking around wildlife facilities last year.

Our general rule is that facilities must meet certain standards for animal welfare. This includes basic needs like safety, space, food, and veterinary care, but also other considerations including breeding practices, conservation work, educational programs, whether they promote direct contact with animals, use animals for entertainment, etc. We review facilities submitted to Atlas Obscura on a case-by-case basis, using guidelines from groups like the World Association of Zoos and Aquariums, the Global Federation of Animal Sanctuaries, and World Animal Protection.

We have passed on both zoos and sanctuaries that we felt didn’t meet these standards. What a place calls itself is less important than how its animals are treated and what kind of information is presented to visitors. I’m sorry if this policy was presented in a way that made it seem like we were banning all zoos—that’s not the case!

I’m not personally familiar with Noah’s Ark Zoo Farm, but I could look into how that decision was made if you’d like.

Here was the actual quote I was given. I misspoke when I said it was a ban.

“Thanks a bunch for the note and contribution, currently we are going through a review process of places that feature animals in cages or zoo-like settings that arent designated sanctuaries.”

Here’s a link to my rejected entry: 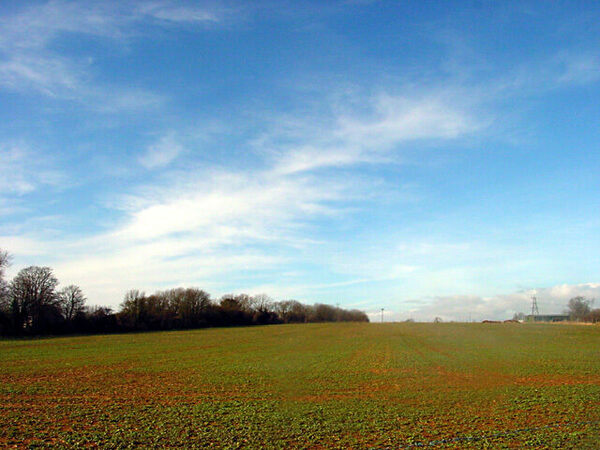 While praised for its conservation efforts, this zoo has sparked controversy over its promotion of creationism.

This particular zoo had been cited for a violation in 2009. In 2018 they were readmitted to BIAZA, the regulatory body representing the British Isles. Since then the zoo has been awarded honors from the organization for its innovations . I’m not certain if the one violation more than a decade ago really would be grounds to reject this place’s addition to AO.

If possible, I would like to do a little rewriting on it if given a second chance to add it to AO.

I’d totally love to see a weird place like this on AO.

Edit: after reading it I’d even say that it’s very carefully written. I would personally have made it a bit more positive. Either way its wacky and I’d love to visit it. Also, that poster was bizarre.

Yes, all the things you’ve stated are true, however, you are missing some vital details too.

Unless you yourself are a “man of god” I assume that you may personally think that this is merely a quirky, interesting and harmless eccentricity that warrants its inclusion in the Atlas, right ?

I strongly (but respectfully) disagree…

Please consider that most zoos are trying incredibly hard to perform vital environmental education to the visiting public about the natural world and conservation at what is now a critical juncture in the anthropocene.

Consider the neighbouring Bristol zoo (who have ironically been losing money through decline in numbers of visitors because of this “Noah’s ark” joke being cheaper and having “charismatic megafauna”) and all of the weird and wonderful species that they hold and have brilliant captive breeding programmes for (Livingstone’s fruitbat, aye-aye, okapi, blue-eyed black lemur, lemur leaf frog, Lord Howe Island stick insect, Deserta’s Island wolf spider, Socorro dove, white clawed crayfish, partula snails and the Visayan warty pig etc to name but a few).

More importantly and pertinently please consider not just the Bristol zoo but the vital in-situ conservation work performed directly by the Bristol Zoological society in terms of research, helping capacity building of conservation organizations around the world ( my own boss was trained by the BZSL and she is an incredible conservationist) and assisting with helping to promote policy making changes all of which blows any financial contribution made by “Noah’s ark” to in-situ efforts around the world out of the water (pun intended).

This is the last I am going to share on the subject since i feel like we took over this thread and went far off from what the OP intended. I am not a believer in creationism. I clearly state that it is a pseudoscience in my article. While I understand how as a conservationist you find Noah’s Ark Zoo Farm distasteful, that doesn’t have any bearing on whether it is appropriate place to include in AO. The site already lists at least 10 other attractions that promote creationism. That’s what influenced me to add Noah’s Ark Zoo Farm. Anyone who discovers the zoo on AO would most likely be visiting the place as a goof and won’t be persuaded by the creationist exhibit housed in the barn.

sigh…Each to their own I suppose, its a free world afterall…

Personally I would rather that people spent their money going to the Bristol zoo to marvel at the strangeness of an aye-aye or a Malagasy giant jumping rat or a Livingstone’s fruitbat (and this money going towards conservation of these species) at an institution with science and conservation as core ethos / values than at one with Biblical fairy tales as their core values.