Welcome to the Atlas Obscura Community discussion of Monument of States in Kissimmee, Florida. Ask questions or share travel tips, experiences, pictures, or general comments with the community. For the story behind this place, check out the Atlas Obscura entry: 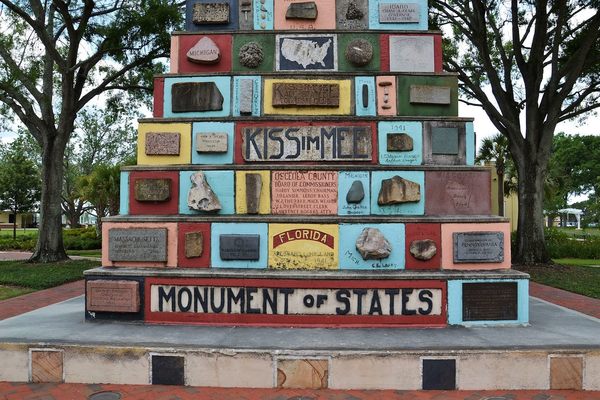 After the attack on Pearl Harbor, rocks and fossils from every U.S. state were collected into a pyramid of national unity.

While in Kissimmee, Pettis had a reputation as a colorful and active figure in the
community. As a member of the Lion’s Club in Kissimmee, Pettis was granted the title of
“ambassador of good will” for his service in both Kissimmee and other parts of the
country. Reflecting his colorful personality, Pettis often drove a purple and gold Cadillac
with a life-sized lion sculpture affixed to the roof and “KissMe” on the doors - his
preferred name for the town.26 Pettis also served as president of the Kissimmee All States
Tourist (KAST) club. KAST, formed in 1934, aimed to be a recreational organization for
seniors by seniors. The organization catered to seasonal retirees who lived in the
Kissimmee area. The organization arranged numerous social events including sing-a-longs,
bingo, and most importantly, shuffleboard.
Pettis died on May 13, 1954 in Kissimmee. Parts of his remains were interred in the Grant
City Cemetery in Worth County, Missouri;27 the other remains were entombed within the
Monument of States in honor of his contribution. 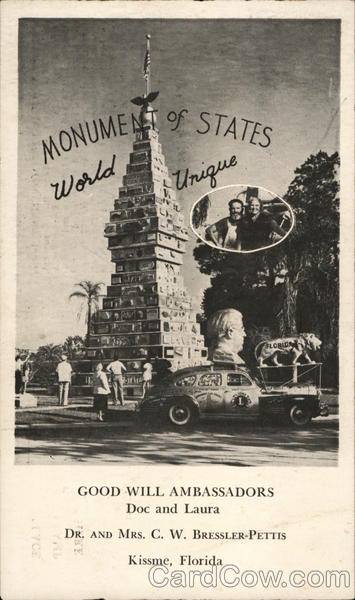