Ever since I first rode across it as a kid, I’ve always been in awe of the Chesapeake Bay Bridge Tunnel. To drive across it is to travel 23 miles over open water, dipping below the waves with a rhythm that makes you feel like the bridge is an living creature, trying to carry you across while needing the occasional rest.

The other thing I always notice is how near you are to the water. All in all it’s a very elemental experience to make the crossing.

Swarkestone Bridge in Derbyshire, England is nearly a mile long, made of crumbly sandstone and is 700 years old. It’s an impressive sight, winding its way across a marshy flood plain on the River Trent, and still carrying two lanes of heavy traffic! https://www.atlasobscura.com/places/swarkestone-bridge 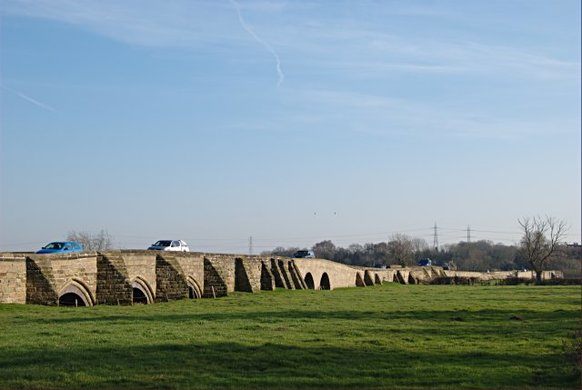 I also love the Malleco Viaduct Railway in Chile’s Araucania Region, it looks like a giant bright yellow meccano set, and was once the worlds highest railway bridge. The fact that it has withstood some of the worlds larges earthquakes in it’s 125 year history is pretty impressive! https://www.atlasobscura.com/places/malleco-viaduct 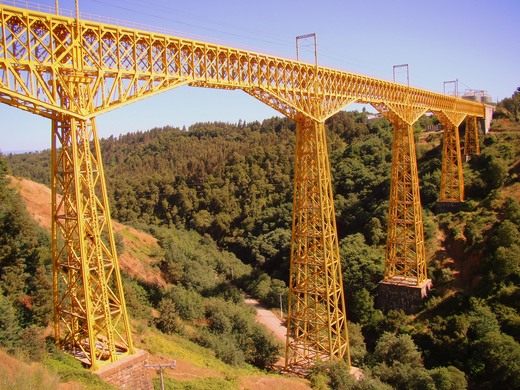 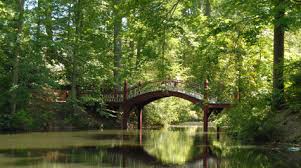 Growing up in Washington, DC, I was always captivated by the Cabin John Bridge, as it was commonly known, aka The Union Arch Bridge. When you’re driving down the parkway, it kinda comes out of no where as you go around a bend, and most people don’t even notice it at all, let alone know it’s long history as a water viaduct for the city built during the Civil War, and later as a narrow one lane road, which it still supports. In fact, most people know about that narrow spot in MacArthur Parkway, but don’t have any idea that it is the top of this elegant, majestic old arch. 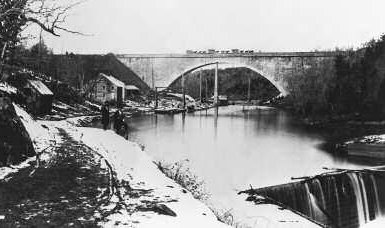 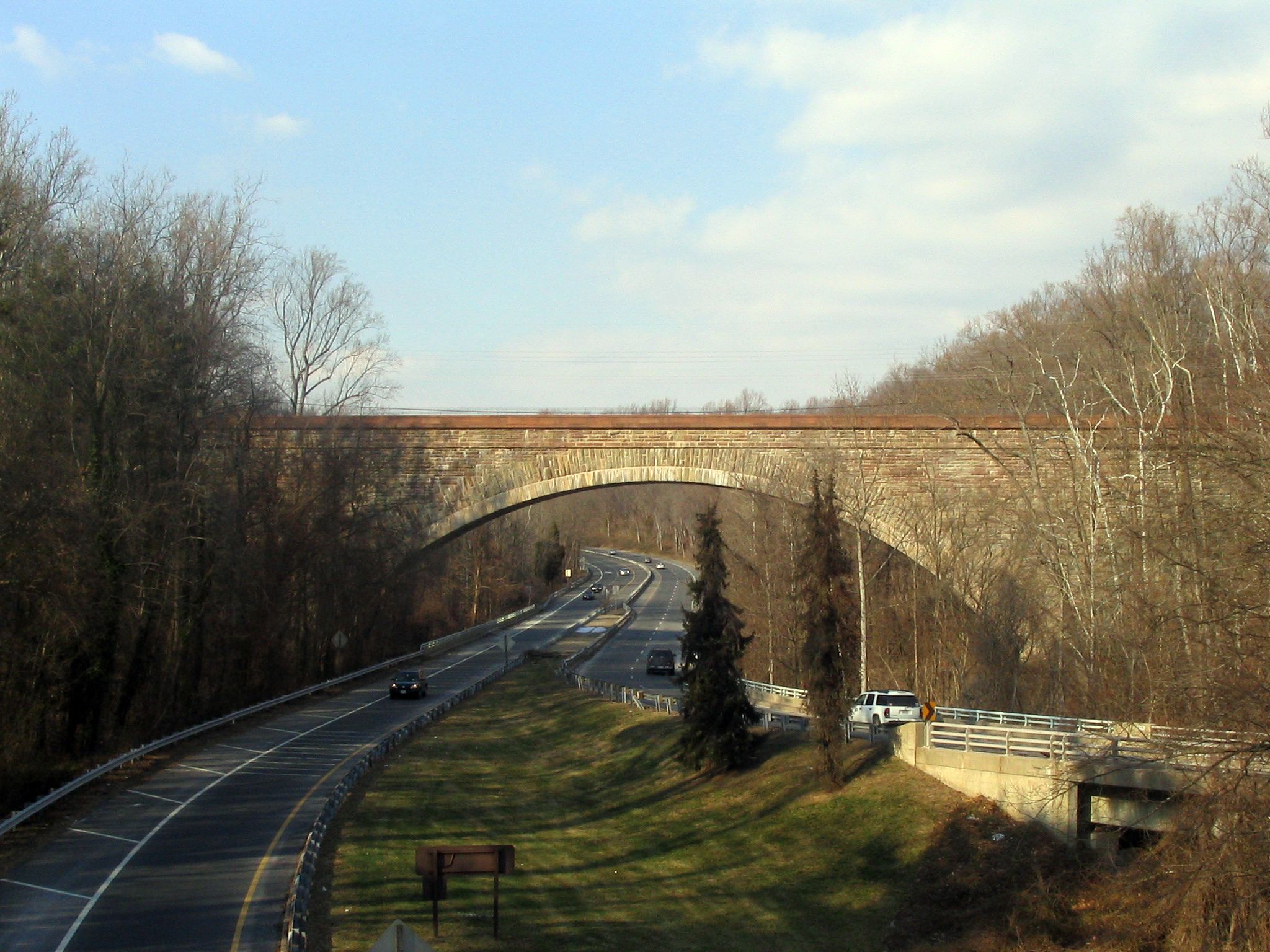 The Key Bridge, also in DC heralds a dramatic entrance to the city when you enter from Maryland, at Georgetown. 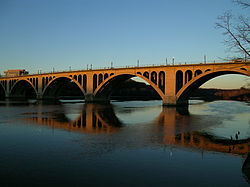 The Francis Scott Key Bridge, more commonly known as the Key Bridge, is a six-lane reinforced concrete arch bridge conveying U.S. Route 29 (US 29) traffic across the Potomac River between the Rosslyn neighborhood of Arlington County, Virginia, and the Georgetown neighborhood of Washington, D.C. Completed in 1923, it is Washington's oldest surviving road bridge across the Potomac River. Key Bridge was added to the National Register of Historic Places in 1996. The Key Bridge replaced the older Aq... 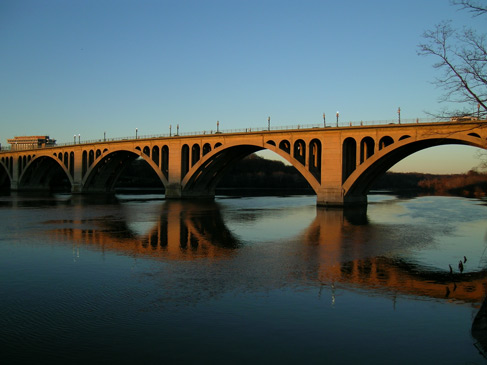 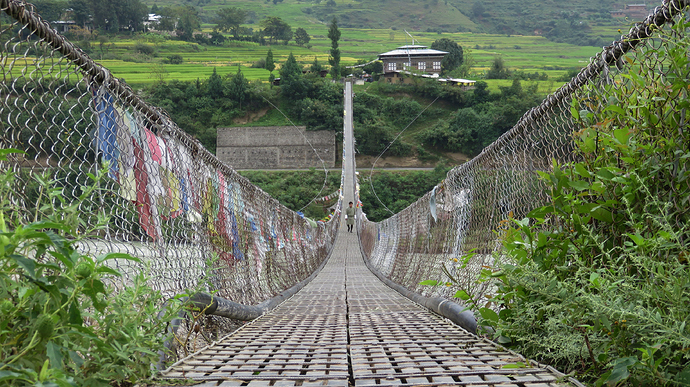 Of all the places I’ve been, Charleston is the one I go back to again and again. Such a wonderful combination of history, great food, views… It defines “ambiance”. Just don’t ask me to walk over that bridge!

At the opposite end of the spectrum, here’s Puente del Rey (the King’s Bridge), built between 1617 and 1634 to replace a previous wooden structure, in the historical site of Old Panama. 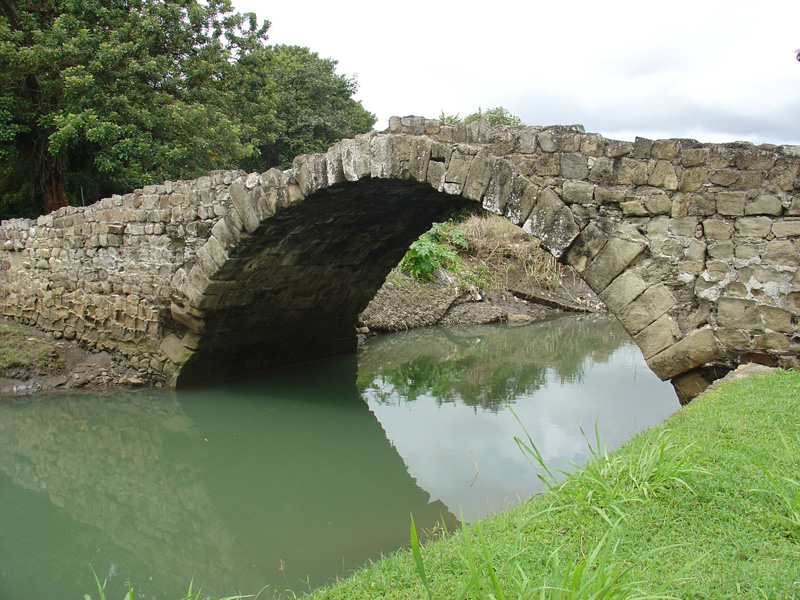 Lloyd was always my fave…

wow I never heard of such a thing!

yes! this is one of the most amazing bridges (and tunnels) anywhere. amazing to drive, and also amazing (and weird!) looking from the air.

In keeping with my tour of the bridges of Washington, DC (which I grew up loving), here’s another bridge there which is absolutely lovely but so understated and refined that it is practically invisible to the locals: The Arlington Memorial Bridge

It leads from the Lincoln Memorial (another reason the bridge doesn’t get attention, it respects the the magnificent memorials it connects) across the Potomac to Arlington National Cemetery. It also hides a wonderful secret, as noted in the Atlas. 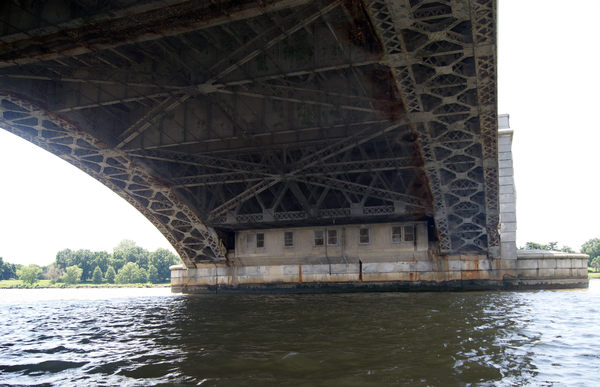 The hidden offices underneath Memorial Bridge have been locked up since 1976.

It’s design draws inspiration from Napoleon’s “Pont au Change” in Paris, so much so that when I visited Paris I was taken aback when I suddenly saw this bridge: 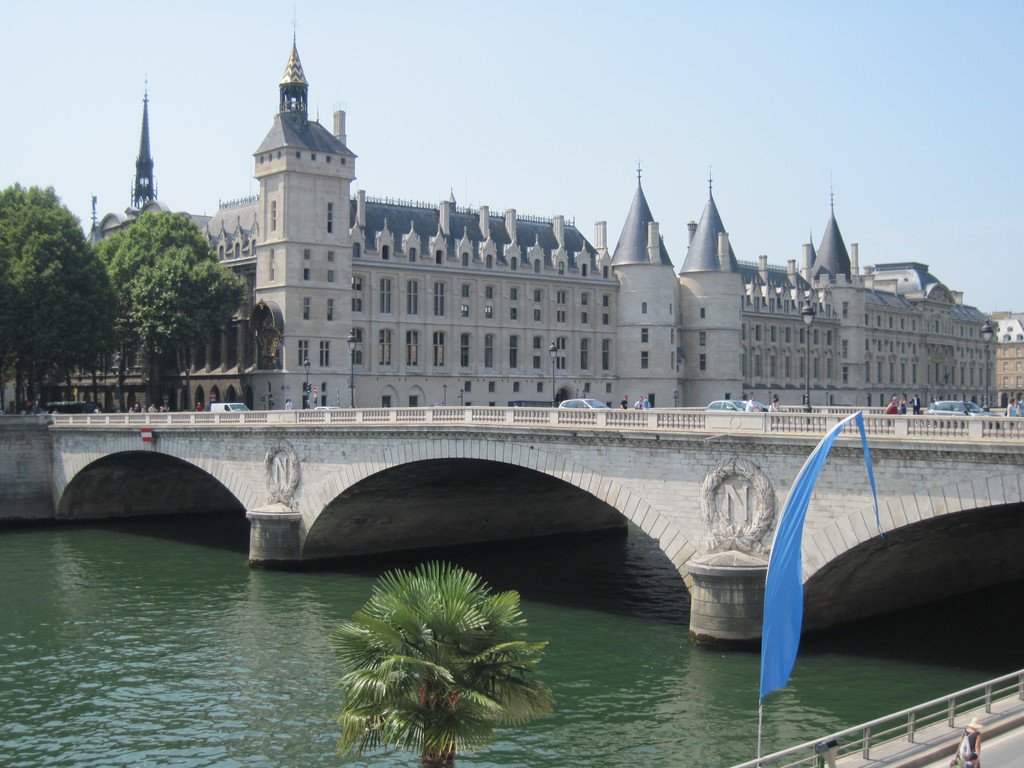 Notice how Napolean’s massive “N” wreaths are, in the American version, replaced with giant bald eagles, evoking the seal of the United States. It, too, connects to the center of the French government, on the Ile de la Cite. (The designer of Washington was the great Frenchman, Pierre L’Enfant.)

It also bears a strong resemblance to another grand bridge to a national seat of power, The Old London Bridge which… hilariously… now sits astride a desert bound lake in Lake Havasu, Arizona, as told… in the Atlas! 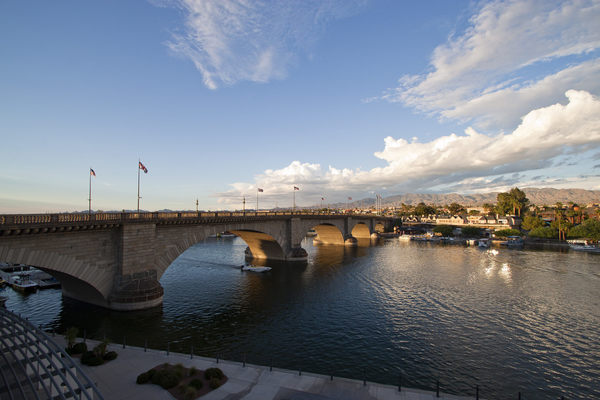 This immigrant bridge once spanned the Thames but is now a fixture of an Arizona city.

I have been awed by the New River Gorge Bridge near Fayetteville, West Virginia. It replaced a long switchbacked descent down one side of the gorge, a short, low bridge crossing, then a switchbacked ascent up the other side. It replaced what probably took 15-20 minutes with a few seconds crossing at highway speeds. 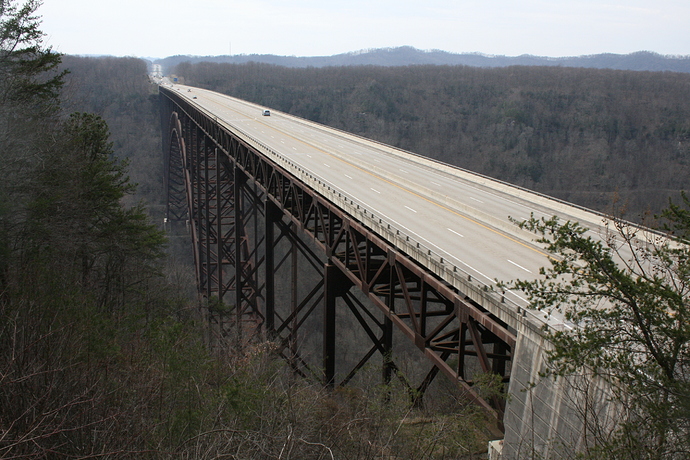 And the view from part-way inside of the gorge (you can see the old road climbing up the far side): 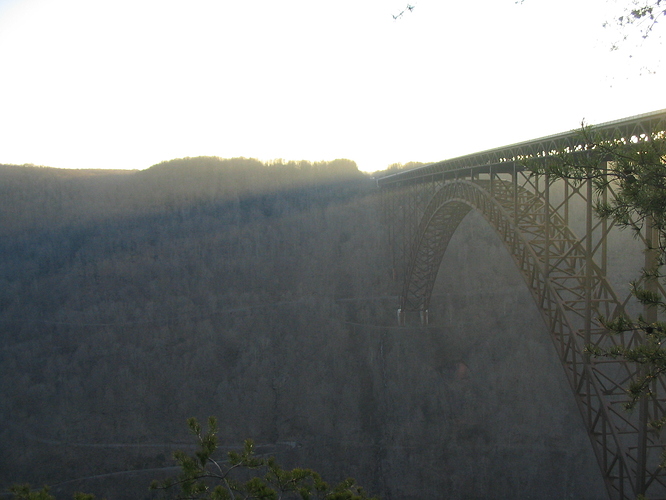 This is the crossing it replaced: 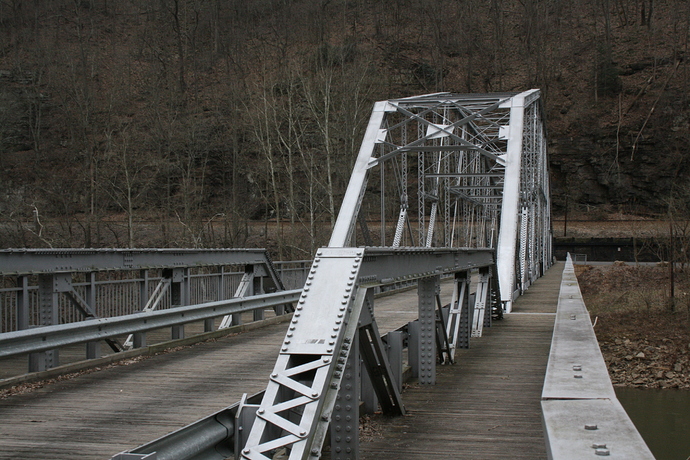 And I just realized that the bridge is already on Atlas Obscura: https://www.atlasobscura.com/places/new-river-gorge-bridge

The Bixby Creek Bridge in Big Sur, California, is the closest notable bridge to me at about 15 miles (24km) south of where I live. I gained a new appreciation of it a few months ago when by pure chance I met a man whose grandfather was the construction superintendent on the bridge when it was built in 1932. 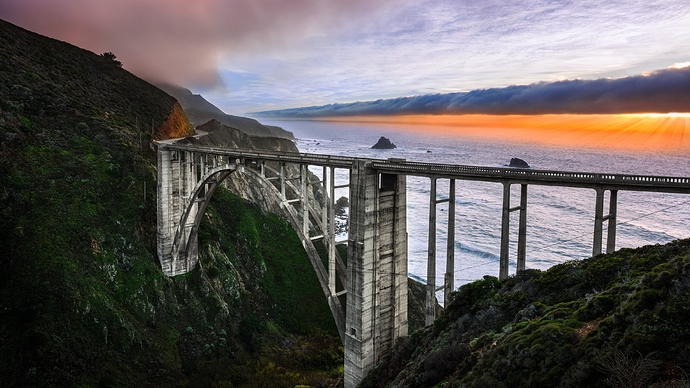 I have an album on my PC filled with nature pics and I think this bridge is in one of them.

Thanks for this post! As a geographer I do love bridges, and have many of them featured on my Our Earth video channel: https://www.youtube.com/user/geographyuberalles/search?query=bridges These include those in NYC, Netherlands, Japan, elsewhere.

But my favorite is probably the Tunkhannock Viaduct in Pennsylvania: https://youtu.be/47yRHgA6jA4

The most amazing bridge I have ever been on was the one leading to Civita di Bagnoregio.

I went way before they instituted the fees to get into the city because no one had heard of the town besides my dad & Rick Steves (who he used to get ALL his travel info from). The bridge was empty when my dad, my uncle, and I crossed it. Somewhere, there’s a picture of me standing in the middle of it. While the bridge is crazy, what’s even crazier to me is that they even built the city in the first place, on a crag in the middle of nowhere with only one winding path up the side to get up there.

It was such a quiet place with a beautiful little church we had to ask to be let into. Inside is a crucifix that the sculptor created so that when you look at Jesus’ face from one side, he is smiling, but from the other, he is weeping.

I always love the tiny, unexpected bridges, like this one at the bottom of a hill in north-central Italy, the Ponte di Olina. 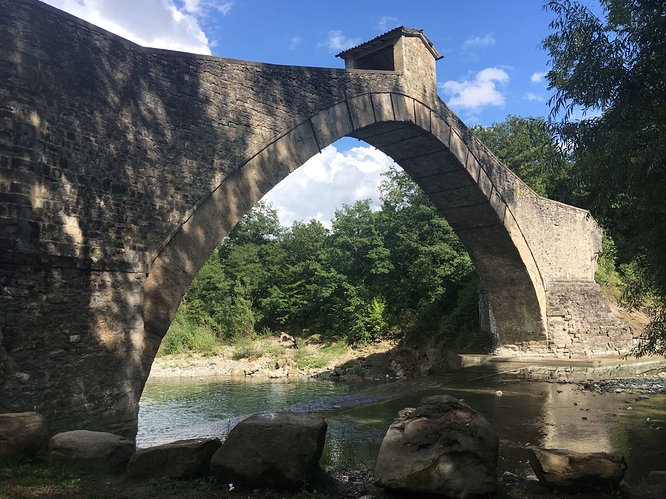 Do watch out, though, because we almost stalled the car getting back up the hill to the main road…

How could I have forgotten my own city’s Lake Pontchartrain Causeway? It is the longest bridge over water in the world. There’s a point in the middle when you can’t see land on either side that always make me feel a little weird.

In Brunswick County Va… The Gholston Bridge built in 1884. .It is still in use today.
A simple wrought iron bridge but elegant in
design . 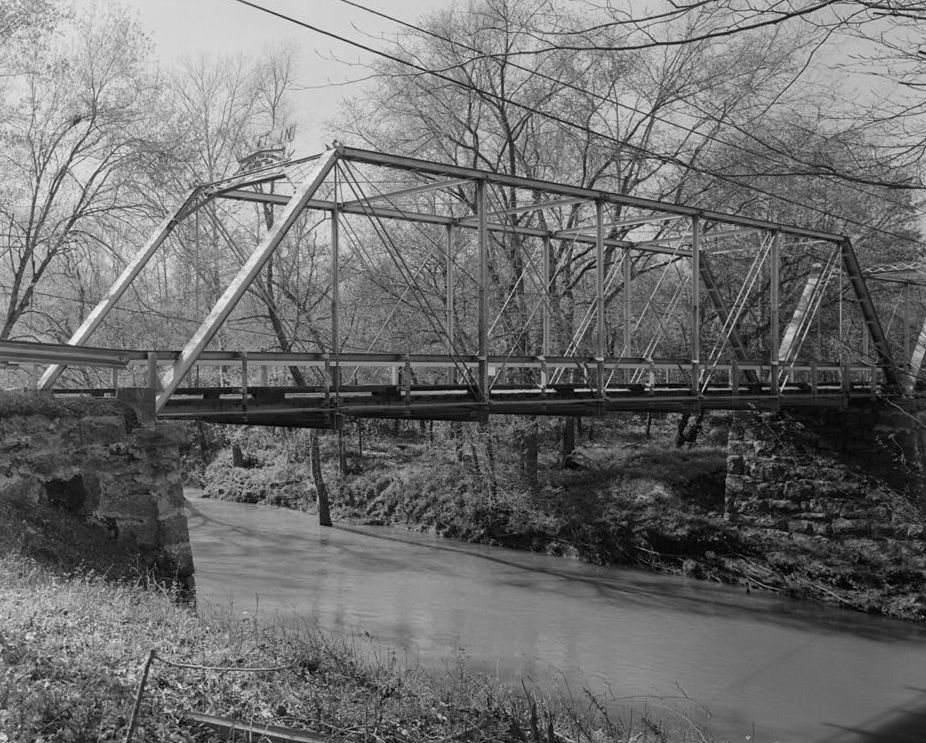