Welcome to the Atlas Obscura Community discussion of Mozart’s Skull: University Mozarteum in Salzburg, Austria. Ask questions or share travel tips, experiences, pictures, or general comments with the community. For the story behind this place, check out the Atlas Obscura entry: 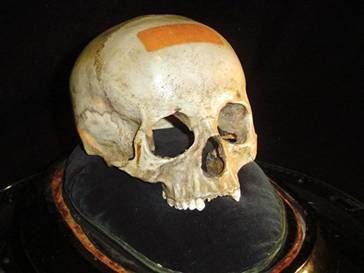 Mozart's skull may be held in this collection, but definitive proof continues to elude scientists.

News reports in 1901 were that the skull had disappeared. Maybe it was replaced by a different skull.

Vienna, June 3.-- (Special Cable.) – The skull of Mozart, which was bequeathed to the Mozart Museum, at Salzburg, by the late Prof. Myrtl, has disappeared… It was supposed the skull was recently sent to the museum. The Fremdenblatt expresses doubts as to its ever reaching Salzburg."