Welcome to the Atlas Obscura Community discussion of National Bonsai Museum in Washington, D.C… Ask questions or share travel tips, experiences, pictures, or general comments with the community. For the story behind this place, check out the Atlas Obscura entry: 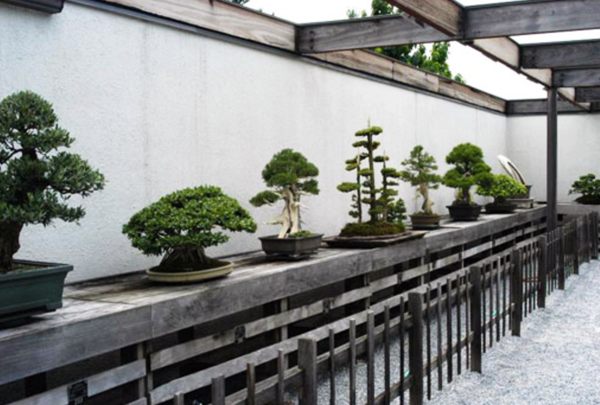 One of the dwarven trees dates back to 1625 and survived the Hiroshima bombing.

The Bonsai museum is definately a place to see some of the oldest Bonsai’s in the world. Some of these Bonsai’s are bigger than me! Each pedestal has a stately tree on it. On the grounds of the Nation Arboretum. See the Capitol Columns while your there. The bonsai are taken care of very well with automated watering systems and misting stations. Some nice Japanese style decor abounds. The Arboretum is not the easiest to get to. Driving is the best bet as it is nestled along the Anacostia River and New York Avenue. Check hours before you come.

It sounds wonderful; but, even Japanophile that I am, I must remind us that those 3,000 cherry trees that Japan gave to Washington DC, were war booty from their invasion and colonial occupation of Korea. The blossoms in DC are too dark to be Japanese native cherries (albeit, Japanese cherries have gotten even whiter due to air pollution), whereas the Korean ones have always been a deeper pink.

The story that the DC Cherry trees came from Korea has been proven to be just that, a story. DNA testing of the trees revealed that they indeed originated from cultivars in Japan and not Korea.

I’m not here to defend Japan’s imperialistic history, but I did want to set the record straight on the DC trees. There is also another story that said the US wanted to cut them all down after Pearl Harbor, but Syngman Rhee, who would eventually become South Korea’s first president, saved the trees by saying they originally came from Jeju Island in Korea, not Japan. I don’t know if that’s true or not, but that’s an interesting story as well.

Anyhow, this all has nothing to do with the Bonsai Museum which is an awesome place to visit. I’ve been practicing bonsai for almost 40 years now and that place still amazes me with its collection. If you’re in DC and love trees or nature, it’s well worth a visit. Be sure to check out the tree that survived the Hiroshima Atomic Bombing, its story of how it ended up in DC is amazing and heartwarming.